Parke was born in 1669, probably in York County, Virginia, the son of Daniel and Rebecca Evelyn Parke. Like many Virginians, Parke’s father had come to the colony as a man of modest circumstances. There he married Rebecca Evelyn, daughter of George Evelyn, Lord of the Manor of Evelinton in St. Mary’s County, Maryland, and widow of Bartholomew Knipe. The senior Parke rose quickly in Virginia, serving as justice of York County in 1655, sheriff of York County in 1659, member of the House of Burgesses from York in 1666, member of the governor’s Council beginning in 1670, and Secretary of State of Virginia from 1678 to 1679.

Parke’s mother died at Long Ditton in Surrey, England, in 1672; his father died on March 6, 1679, and his will directed that a portion of his fortune, most of which was invested at the Chamber of London, be used for “educating and supporting” his son Daniel. Micajah Perry and Thomas Lane, of the merchant house Perry and Lane, were to look after young Daniel in England, while James Bray and Robert Cobb were to care for him in Virginia. It is probable that young Daniel spent much of his youth in England, possibly with his mother’s relatives at Long Ditton or with his three sisters at Stepney Green, before returning to York County in the 1680s.

Sometime in or around 1685, Parke married Jane Ludwell, daughter of Philip Ludwell and Lucy Higginson Ludwell, of Virginia. Both Parke and Ludwell were about fifteen years old at the time. The couple had three daughters, two of whom—Frances and Lucy—survived to adulthood. But their marriage was generally an unhappy one, and they later became estranged.

Parke’s political rise in Virginia was rapid, his fortunes no doubt influenced by his father-in-law, Philip Ludwell, who had married the widow of Governor William Berkeley, and his cousin John Evelyn, who repeatedly petitioned English officials on Parke’s behalf. Parke was elected to the House of Burgesses for James City County in 1688, at age nineteen; was chosen by both James City and York counties to serve as burgess in 1693 (he chose to represent James City County); and represented New Kent County in 1695. Parke was an early investor at Yorktown in 1691, a vestryman for Bruton Parish Church in Williamsburg from 1694 to 1697, and a trustee

Parke no doubt possessed a talent for politics, but he also possessed arrogance and raw ambition. James Blair, the commissary of Virginia, called Parke “a complete sparkish gentleman” and complained of his “quick resentment of every least thing that looks like an affront or injury.” Parke is said on one occasion to have horsewhipped the governor of Maryland after challenging him to a duel and on another to have pulled James Blair’s wife from the Harrison family pew at Bruton Parish Church during a quarrel. This was the sort of arrogance that led Virginia governors such as Francis Nicholson and Alexander Spotswood to complain of the Virginia gentry and their sense of entitlement.

The Battle of Blenheim

Perhaps Parke’s greatest notoriety came in 1704, during the War of the Spanish Succession, when he carried news of John Churchill, duke of Marlborough’s victory in the Battle of Blenheim on August 13, 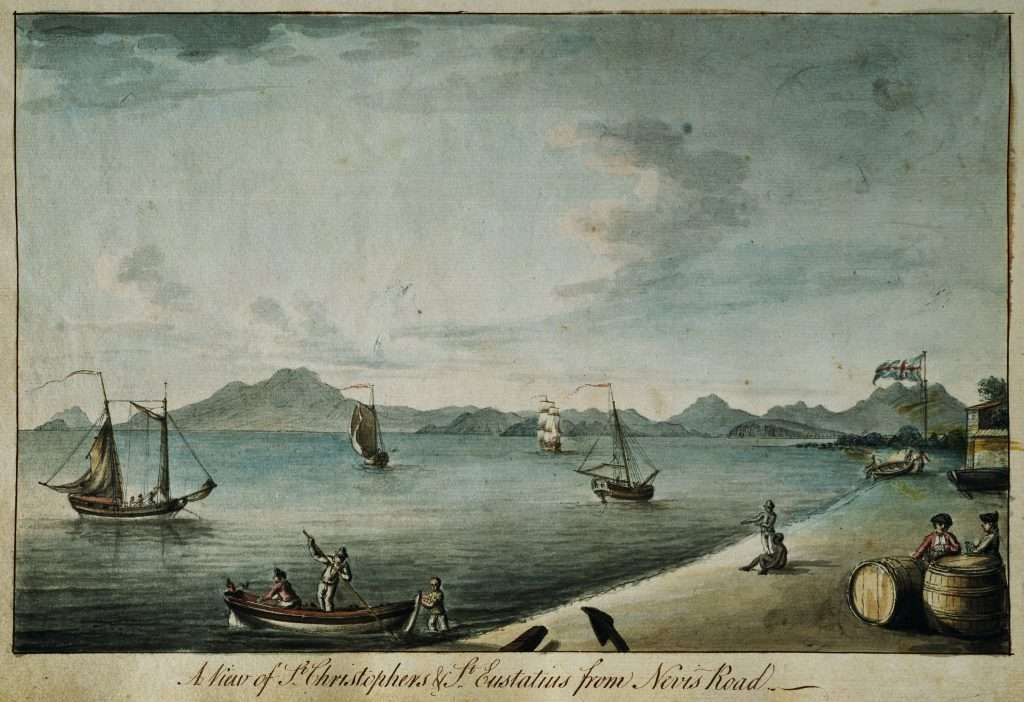 1704, to Queen Anne. Parke had moved to England in 1697, ostensibly hoping to win a seat in Parliament, and served as one of Marlborough’s aides-de-camp during the battle itself. In appreciation, the queen presented Parke with a miniature portrait of herself, which figures prominently in the 1706 representation of him painted by John Closterman. She also appointed him chief governor of the Leeward Islands, to commence on April 25, 1705. The appointment was a high one indeed, for Parke became one of only a few southern colonials to serve as governors in their own right (the appointment likely inspired the long quest by his son-in-law, William Byrd (1674–1744), for a similar position); at the same time, it disappointed Parke, for he had hoped to become Virginia’s governor.

Governorship of Leeward Islands and Death

Parke dutifully spent the remainder of his life in the Caribbean, but his tenure was a brief one. Parke alienated many of the leading citizens of Antigua through his insistence on maintaining the royal prerogative and suppressing illegal profits made through smuggling; his subjects also resented his haughty demeanor and refusal to compromise with them on any issue. He was also accused of “debauching many of the wives and daughters” of local Antigua planters. As a result, a rebellion occurred in Antigua on December 7, 1710, during which Parke was stripped naked, dragged from the governor’s house, and murdered. Oral history holds that his body was left in the streets for a week to rot after his murder. He was forty years old.

Parke’s wife, Jane Ludwell Parke, had died in Virginia in September 1708, but his daughters Lucy Parke Byrd and Frances Parke Custis, who had married William Byrd and John Custis (1678–1749), respectively, survived him. Despite the anticipated legacies, Parke left only modest property to his two daughters in Virginia. Parke had fathered an illegitimate son and daughter, and it was they who inherited most of his estate. Byrd and Custis dealt with Parke’s Virginia and England estates, but faced a mountain of Parke’s debts. Interestingly, a portion of Parke’s lands fell to his grandson Daniel Parke Custis, and was transferred to the care of George Washington when he and Custis’s widow married in 1759.

RELATED CONTENT
Categories:
Type:
MAP
TIMELINE
1669
Daniel Parke is born to Daniel Parke and Rebecca Evelyn Parke, probably on their York County plantation.
1672
Rebecca Evelyn Parke, Daniel Parke's mother, dies at Long Ditton, the Evelyn home in Surrey, England, at age thirty-nine.
March 6, 1679
Daniel Parke (the elder) dies at age fifty; he leaves the bulk of his estate in England and Virginia to his only son, ten-year-old Daniel.
ca. 1685
Daniel Parke returns to Virginia from England and marries Jane Ludwell, daughter of Philip Ludwell and Lucy Higginson Ludwell, and step-daughter of Lady Frances Berkeley, widow of Governor Sir William Berkeley. Both bride and groom are about fifteen years old; the marriage is an arranged one.
1688
Daniel Parke, at age nineteen, is elected to represent James City County in the House of Burgesses.
1691
Daniel Parke acquires property in newly established Yorktown on the York River.
1693
Daniel Parke is elected by both James City County and York County to represent them in the House of Burgesses. He decides to represent James City County.
1694
Daniel Parke's cousin, the diarist John Evelyn, writes letters of recommendation to English officials in an effort to help Parke gain high office in Virginia.
1695
Daniel Parke represents New Kent County in the House of Burgesses.
June 11, 1695
Daniel Parke is named to the governor's Council; he is twenty-six years old.
1697
Daniel Parke relocates from Virginia to London, England, in the hope of gaining a seat in Parliament.
1702
Early in this year, Daniel Parke becomes a colonel in the British Army.
August 13, 1704
The army of John Churchill, duke of Marlborough, defeats the Franco-Bavarian Army in the Battle of Blenheim during the War of the Spanish Succession. Daniel Parke, an aide-de-camp of Marlborough's, carries news of the victory to Queen Anne.
April 25, 1705
Daniel Parke's royal appointment as chief governor of the Leeward Islands, a small island chain in the Caribbean, commences. He delays his departure, hoping for a more desirable post.
July 14, 1706
After having delayed his departure to the Caribbean in the hope of securing a more desirable post, Daniel Parke arrives in Antigua, in the Leeward Islands, and begins his tenure as governor.
September 1708
Daniel Parke's estranged wife, Jane Ludwell Parke, dies in Virginia.
December 7, 1710
An angry mob murders Daniel Parke, chief governor of the Leeward Islands, after dragging him from the governor's residence. The mob is said to have left his body to rot in the street for a week after his death.
FURTHER READING
CITE THIS ENTRY