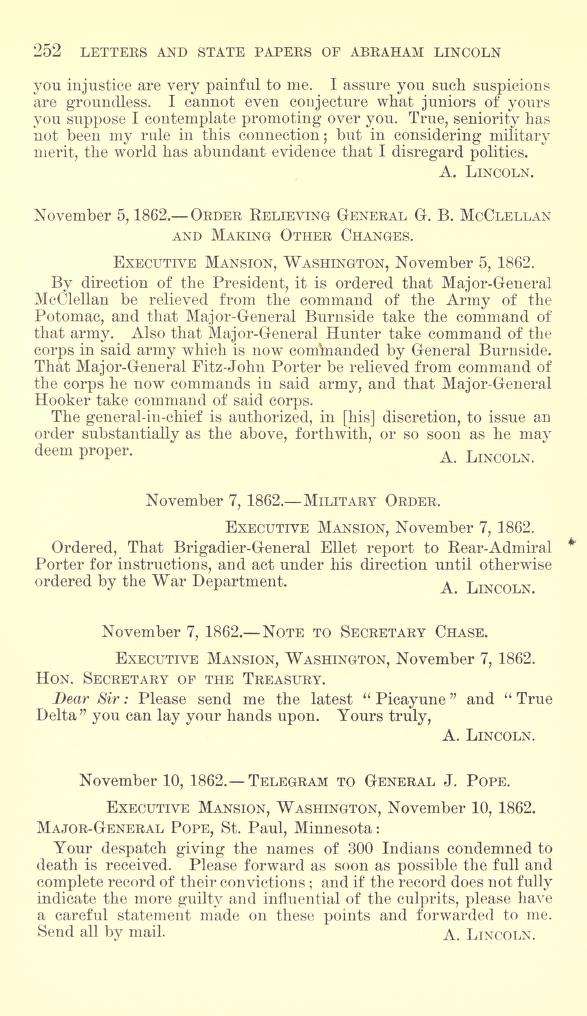 Order Relieving General G. B. McClellan and Making Other Changes by Abraham Lincoln (1862)

The general-in-chief is authorized, in [his] discretion, to issue an order substantially as the above, forthwith, or so soon as he may deem proper.

RELATED CONTENT
Categories:
Type:
MAP
TIMELINE
November 5, 1862
President Abraham Lincoln, unhappy with George B. McClellan's pursuit of the Army of Northern Virginia following the Battle of Antietam in September, removes the general from command of Army of the Potomac. He is transferred to duty in Trenton, New Jersey.
FURTHER READING