Nelson was born probably into slavery, perhaps in Charlotte County, but the county’s records do not preserve the date, the names of his parents, or whether he married or had children. His name does not appear in the county’s tax rolls during the first five years after the end of slavery. Whether he was closely related to Price Nelson, the only other known African American with a surname of Nelson in the county in the 1860s, is not known. He was probably the Edward Nelson whom an agent of the Bureau of Refugees, Freedmen, and Abandoned Lands paid to transport a mentally ill freed women from Charlotte County Court House to Drake’s Branch in the county in August 1867. During the following winter the commanding general of the First Military District described Nelson as an illiterate, honest, laboring man who had an excellent character.

Very little is known about the political conditions in the county that allowed Nelson to emerge into prominence soon after the end of slavery. He and another African American, Joseph R. Holmes, attended the Republican State Convention in Richmond in April 1867 as representatives from Charlotte County. They supported political reforms proposed by radical Republicans and in June 1867 they addressed a letter to the editor of the Daily Richmond Whig criticizing the moderate proposals of conservative white Republicans. Politics in the county was racially polarized as in most parts of the state. About 64 percent of the county’s population had lived in slavery in 1860, but a majority of the white voters there had elected an advocate of secession to the Convention of 1861. Prior to the 1867 election for members of the convention called to write a new state constitution, registered African Americans outnumbered white men in Charlotte County 2,080 to 913, as some former Confederates were ineligible, and others, as elsewhere, apparently refused to participate. On October 22, when African Americans voted for the first time in Virginia, Nelson won election to represent Charlotte County in the convention. Incomplete unofficial returns from two of the county’s four or more voting districts indicate that all the men who voted for him were African American. At the same election, Holmes won election to the convention from the separate district that consisted of the counties of Charlotte and Halifax. 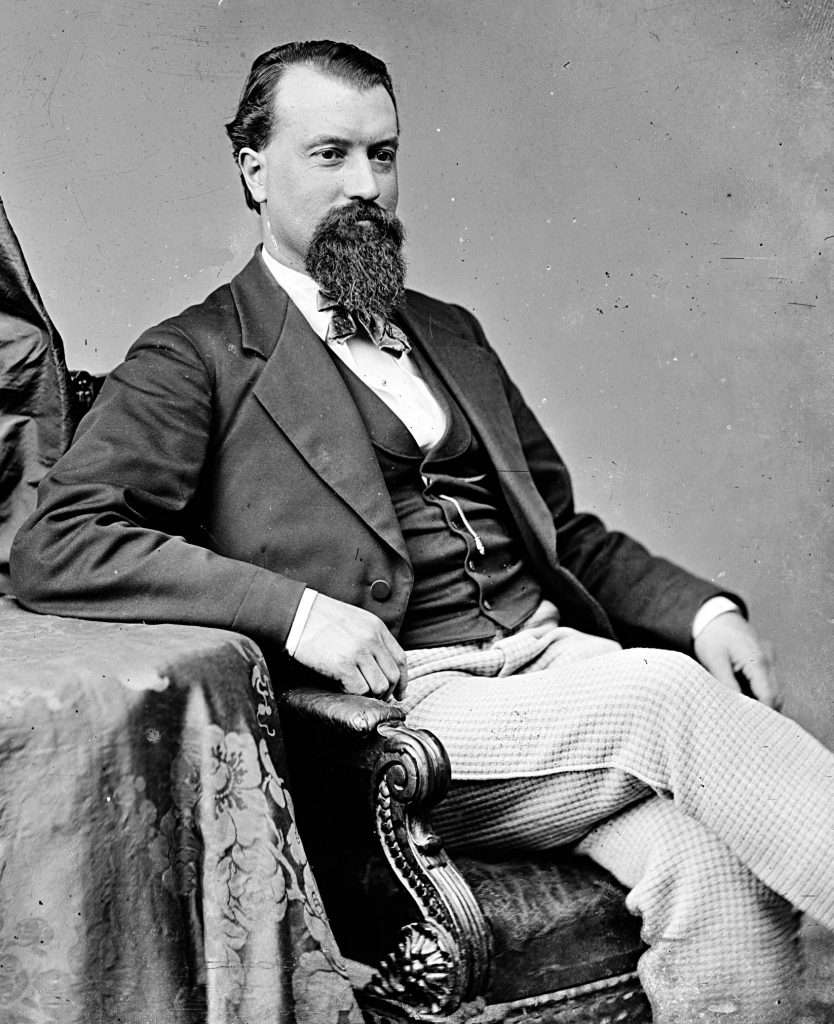 The convention met in the Capitol in Richmond from December 3, 1867, through April 17, 1868. Nelson served on the Committee on Public Institutions and voted with the radical reformers on almost all the key votes except for a proposal to prohibit racial segregation in the new public school system for which the constitution provided. He also served on a special committee that investigated and reported on a complaint lodged against a white delegate, Charles H. Porter, that he had knowingly presented a petition from residents of Nansemond County that contained forged signatures. Nelson approved the report that exonerated Porter as having acted without knowing that the signatures were forged. Incomplete published accounts of debates in the convention indicate that Nelson spoke only three words. On January 24, 1868, during a debate on taxes, a member complained, “One would imagine, from the wonderful list of grievances that gentlemen bring up here, that Virginia has been the most thoroughly accursed State, in the way of laws, that ever was heard of.” Nelson then said, “That is so.” When he received his per diem convention salary and travel expenses Nelson signed with his mark.

Few other references to Nelson appear in public records or newspaper reports for the remainder of the decade. He attended the January 1869 National Convention of the Colored Men of America, which gathered in Washington, D.C., to protest the denial of voting and other civil rights guaranteed by the recently passed Fourteenth Amendment. He may have been the Edward Nelson elected as a delegate from the city of Richmond to attend the state Republican convention in March 1869. Nelson was present in the crowd at Charlotte Court House on May 3 when Joseph R. Holmes was shot and killed and gave testimony a few days later during an inquiry that produced conflicting evidence. That Nelson’s name does not appear in the 1870 census for Charlotte County suggests that he died between then and the summer without that fact being recorded in the county’s official register of deaths or that he moved away. Perhaps he changed his name, which some people did, and disappeared from public records under the name of Edward Nelson.