The Negro Organization Society sought to combine the efforts of the state teachers’ association, local school leagues (the equivalent of contemporary parent-teacher associations), church groups, fraternal organizations, and grand lodges. The society was, in effect, an umbrella group for pre-existing African American community improvement groups. There was a great deal of overlap in the leadership and objectives of the individual groups that comprised the society as, in a time of extreme racial hostility toward African Americans, unity in the pursuit of community-improvement was considered essential. Characteristic of the racial segregation of the time, the Negro Organization Society was the black equivalent of the Cooperative Education Association organized in 1904 for white Virginians. The white group, however, received state support, while the black group obtained support from fund-raising and northern philanthropies, especially the Anna T. Jeanes Fund. 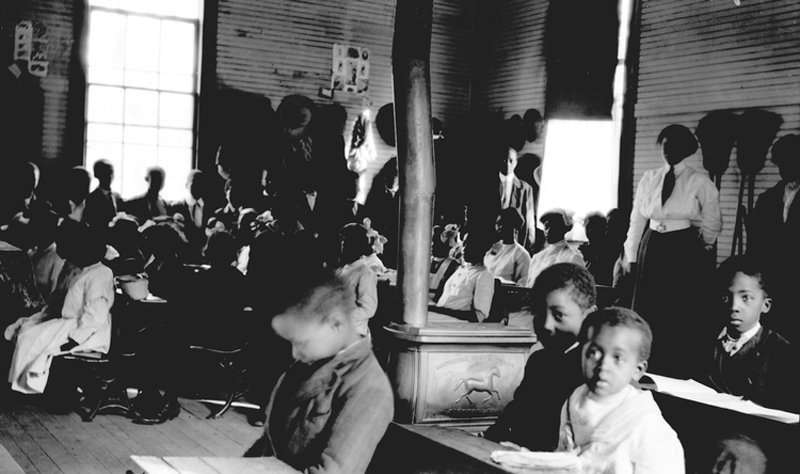 Inside a Rosenwald School

To carry out its activities, the society had a board, an executive director, and two paid field staff members. One of those field agents was T. C. Walker from Gloucester, Virginia (he also was an agent of the Rosenwald School Building Program). The leadership committee and the field agents operated out of Hampton Institute. They planned annual meetings and education campaigns and dispensed grants for new or improved schools to local school leagues or school committees. In its first decade of operation—between 1912 and 1921—the society held organized annual meetings with printed programs, resolutions, and recorded minutes.

The society’s first priority at this time was to challenge and defeat the opposition in both white and black communities to educating black children. The society conducted “awareness campaigns” across Virginia from the Tidewater to the Shenandoah Valley in order to promote reading, writing, and arithmetic training for young African Americans. These crusades were held in large public spaces. With positive rhetoric of cooperation, prominent black leaders argued that educating black children was in the mutual interest of both blacks and whites. The society’s crusades and ties to local school leagues contributed to the growth of new school buildings and sanitary privies in this period. Construction required the joint support of local school boards, private philanthropy, and fund-raising contributions from the black community.

The Negro Organization Society shifted emphasis in the 1920s and 1930s, arguing that educating black children required more than a mere school building. The society, along with Jeanes teachers and school leagues, worked on increasing the length of the school year, improving attendance, and providing school lunches. A constant theme at its meetings was the need for better-prepared, better-paid teachers. The society pointed to the need for more accredited high schools and for separate facilities for the mentally retarded (who were often housed in county jails). In speeches and at annual meetings, members of the Negro Organization Society became increasingly vocal about the inequities blacks confronted.

In the last years of the Negro Organization Society’s life, advocates for equal rights turned to the courts for redress of education and voting grievances. Times were changing; nonetheless, the society’s decades of advocacy for equal educational opportunities had brought black education in Virginia a long way. Though it remained in existence for another couple of decades without funds, the Negro Organization Society was purged from the state corporation commission in 1985.