By 1607, when the first English settlers founded Jamestown, the Nansemond lived in several villages centered near Chuckatuck, in present-day Suffolk, along the Nansemond River. Their head chief lived near Dumpling Island, where the tribe’s temple and sacred objects were located. The Nansemond tribe spoke a dialect of Algonquian and was among the roughly twenty-eight to thirty-two tribes of Tsenacomoco, an alliance of Algonquian-speaking tribes that was ruled by the paramount chief Powhatan. 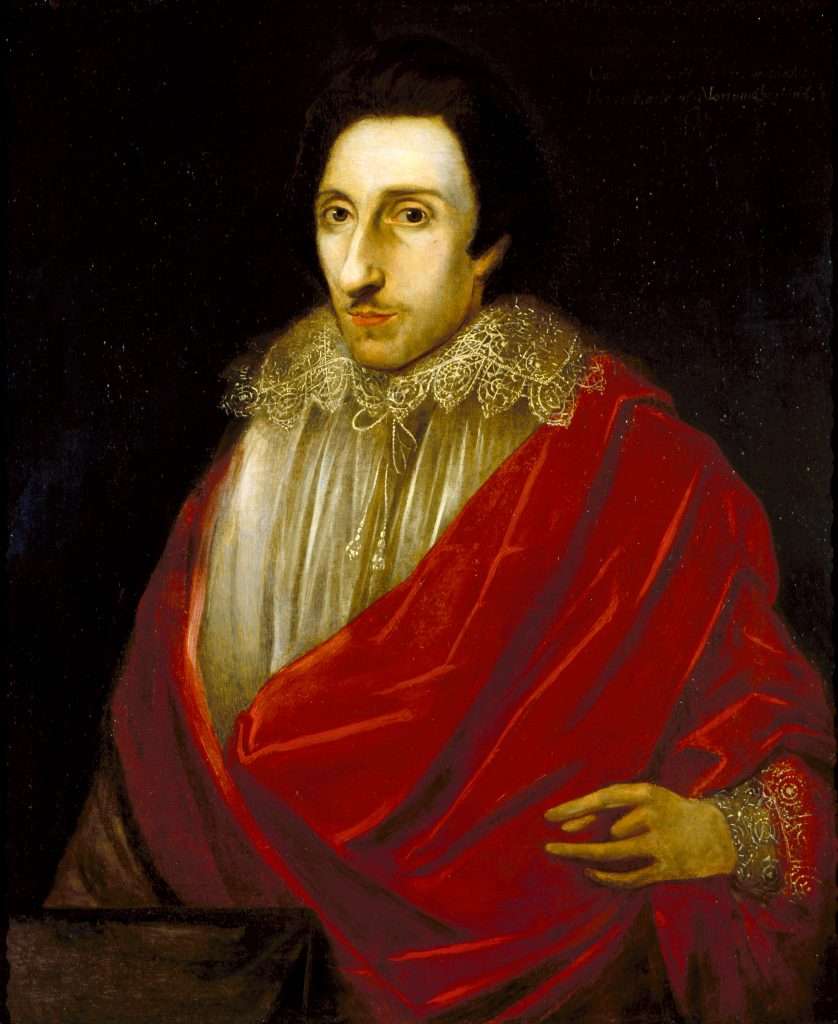 Like the other tribes of Tsenacomoco, the Nansemond had a tense and often hostile relationship with the English settlers. The colonists had exhausted their supplies soon after arriving in Virginia and, unaccustomed to growing their own food, sought to trade with the Indians for corn. In late 1608, Powhatan directed the tribes of Tsenacomoco to refuse to trade. In 1609, Captain John Smith sent George Percy and John Martin, along with a group of sixty colonists, to bargain with the Nansemond for an island. After two of their English messengers disappeared, Martin and Percy’s men attacked a nearby Nansemond settlement, where, according to Percy, they “burned their howses ransaked their Temples, Tooke downe the Corpes of their deade kings from their Toambes, and Caryed away their pearles Copper and braceletts wherewith they doe decore their kings funeralles.” The English also destroyed the Indians’ crops. More than half of Martin and Percy’s men were killed during the attack, an event that helped initiate the First Anglo-Powhatan War (1609–1614), one of three distinct periods of hostility between the Indian and English communities. The Nansemond towns were burned again in 1622 in retaliation for the coordinated Indian assault against English settlements on March 22, 1622, which was led by the Pamunkey chief Opechancanough and marked the start of the Second Anglo-Powhatan War (1622–1632).

The peace treaty that concluded the Third Anglo-Powhatan War (1644–1646) set aside land for the people of Tsenacomoco, including the Nansemond. By 1648, according to the scholar Helen C. Rountree, the Nansemond lived on the northwest and south branches of the Nansemond River. A group of Nansemond converted to Christianity and, starting with the Nansemond woman Elizabeth and the Englishman John Bass in 1638, began to intermarry with the descendants of Nathaniel Bass (perhaps Basse). After the turn of the eighteenth century, a group of the Christian Nansemond moved to Norfolk County, near the Great Dismal Swamp; the current members of the Nansemond tribe are largely descended from this group.

The non-Christianized Nansemond remained on their tribal lands, but in the late seventeenth and early eighteenth centuries, as increasing numbers of Europeans moved to the Nansemond River area, the tribal members had to relocate their tribal lands and their reservation on several occasions. The Nansemond tribe sold its last known reservation lands—300 acres on the Nottoway River in Southampton County—in 1792. By this time only three non-Christianized Nansemond survived; the last died in 1806.

The identity and culture of the Nansemond, like those of other Virginia Indian tribes, were threatened by legislation passed by the Virginia government in the nineteenth and twentieth centuries. The Racial Integrity Act of 1924 and subsequent legislation banned interracial marriage in Virginia and asked for voluntary racial identifications on birth and marriage certificates. “White” was defined as having no trace of African ancestry, while all other people, including Indians, were defined as “colored.” To accommodate elite Virginians who claimed Pocahontas and John Rolfe as ancestors, the law allowed for those who had “one-sixteenth or less of the blood of the American Indian and have no other non-Caucasic blood [to] be deemed to be white persons.” It essentially erased Virginia Indians as a category of people under the law. The U.S. Supreme Court declared the Racial Integrity Act unconstitutional in Loving v. Virginia (1967).

By late in the century, the Nansemond tribe had reasserted its identity and was formally recognized by the Commonwealth of Virginia on February 20, 1985. The tribe was federally recognized on January 29, 2018. The tribe holds its monthly meetings at the Indiana United Methodist Church in Chesapeake, which was founded in 1850 as a mission for the Nansemond. As of 2013, tribal members operated a museum and gift shop in Chuckatuck and planned to develop a tribal center, museum, and burial grounds on ancestral lands along the Nansemond River. With the city of Chesapeake, the Nansemond cohost the American Indian Festival each June, and the tribe celebrates its annual powwow each August.

RELATED CONTENT
Categories:
MAP
TIMELINE
December 1608
Christopher Newport returns to England from Jamestown accompanied by the Indian Machumps. John Smith, meanwhile, attempts to trade for food with Indians from the Nansemonds to the Appamattucks, but on Powhatan's orders they refuse.
Early September 1609
John Smith sends Francis West and 120 men to the falls of the James River. George Percy and 60 men attempt to bargain with the Nansemond Indians for an island. Two messengers are killed and the English burn the Nansemonds' town and their crops.
June 1611
Sir Thomas Dale leads a hundred armored soldiers against the Nansemond Indians at the mouth of the James River, burning their towns.
August 14, 1638
John Bass, who may be the son of Nathaniel Basse and Mary Jordan Basse, marries Elizabeth, a Nansemond woman who has converted to Christianity.
1792
The Nansemond tribe sells its last known reservation lands, 300 acres on the Nottoway River in Southampton County.
1850
The Indiana United Methodist Church in Chesapeake is founded as a mission for the Nansemond Indians.
March 20, 1924
Governor E. Lee Trinkle signs "An act to Preserve Racial Integrity," a law aimed at protecting whiteness on the state level. It prohibits interracial marriage, defines a white person as someone who has no discernible non-white ancestry, and requires that birth and marriage certificates indicate people's races.
March 4, 1930
Governor John Garland Pollard signs into law a bill that would redefine a "colored person" as having any "negro blood."
February 20, 1985
The Nansemond tribe is formally recognized by the General Assembly in House Joint Resolution 205.
January 29, 2018
The Thomasina E. Jordan Indian Tribes of Virginia Federal Recognition Act is signed into law, granting official federal recognition to the Chickahominy, Eastern Chickahominy, Monacan, Nansemond, Rappahannock, and Upper Mattaponi tribes.
FURTHER READING
CITE THIS ENTRY