Mason was born in Alexandria on July 26, 1882, one of the five children of Reverend Landon Mason and Lucy Ambler Mason. Descended from one of the most illustrious families in Virginia, she was related to George Mason, John Marshall, and Robert E. Lee, the latter of whom was her father’s second cousin. Landon Mason was an Episcopal clergyman who passed his strong social convictions on to his daughter.

After a conventional education at one of Richmond‘s most exclusive private school for girls, Mason worked briefly as a legal stenographer before becoming industrial secretary of the Richmond Young Women’s Christian Association in 1914. She was appointed general secretary in 1923, and developed a range of innovative programs aimed at improving the lives of young women, both black and white. She was especially effective as a publicist for the YWCA’s activities, and eventually her work attracted the attention of several of the nation’s female reformers, including Florence Kelley, secretary of the National Consumers League, or NCL, who chose Mason as her successor. Mason was appointed NCL’s General Secretary in 1932, and, accordingly, moved to New York, the only time in her life that she lived outside the South. Mason served with the NCL for five years, working closely with social workers recruited to staff the myriad New Deal relief and welfare agencies. During this period Mason met First Lady Eleanor Roosevelt (1884–1962), with whom she developed a lifelong friendship. 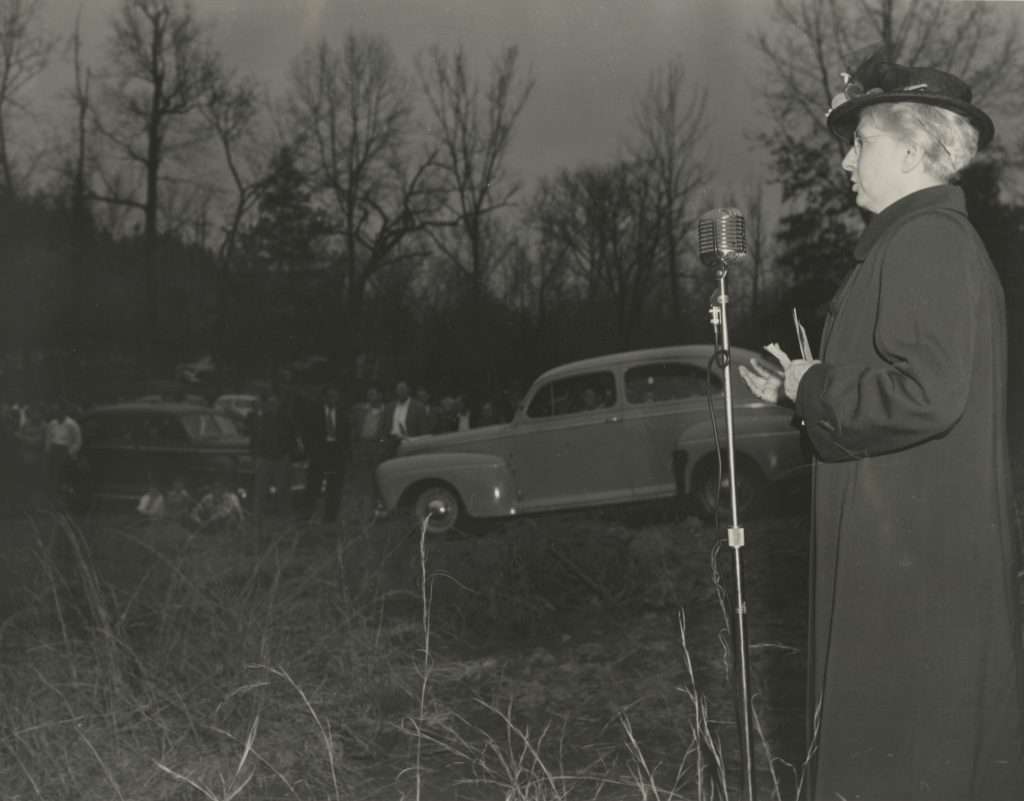 While with the NCL, Mason developed an expertise in industrial matters and became a firm public advocate of collective bargaining and the rights of labor. Her skills caught the attention of John L. Lewis, head of the newly formed militant Congress of Industrial Organizations. In 1937, prior to commencing a drive to bring industrial unions to the South, Lewis offered Mason the job of CIO public relations representative in the Southeast. She was based in Atlanta, Georgia, but with a commission to travel throughout the region, negotiating on behalf of organized labor in communities normally hostile to union activity. Lewis’s reasoning was that Mason’s impeccable southern lineage and her genteel, nonthreatening demeanor would at least get her a hearing, and in this he was correct. For the rest of her working life she traveled throughout the Southeast, tirelessly representing the CIO’s cause in a region increasingly unfriendly to organized labor. She played an important role in “Operation Dixie,” the CIO’s ill-conceived attempt to organize the textile South following World War II (1939–1945). On several occasions Mason’s intervention prevented serious outbreaks of violence against organizers.

Mason was also committed to ending white supremacy in the South. She was a founding member of the Southern Conference for Human Welfare, a frequent speaker at interracial gatherings such as those held at the Highlander Folk School in Tennessee, and an ideological ally to such southern liberals as Clifford and Virginia Durr and Aubrey Williams in their fights against segregation and anticommunism. Eleanor Roosevelt honored her in the foreword to Mason’s 1952 autobiography, To Win These Rights, noting in particular the “courage” of “this mild looking, soft spoken gentlewoman” with “a fiery fighting spirit.” Mason retired in 1953 and died six years later in an Atlanta nursing home.