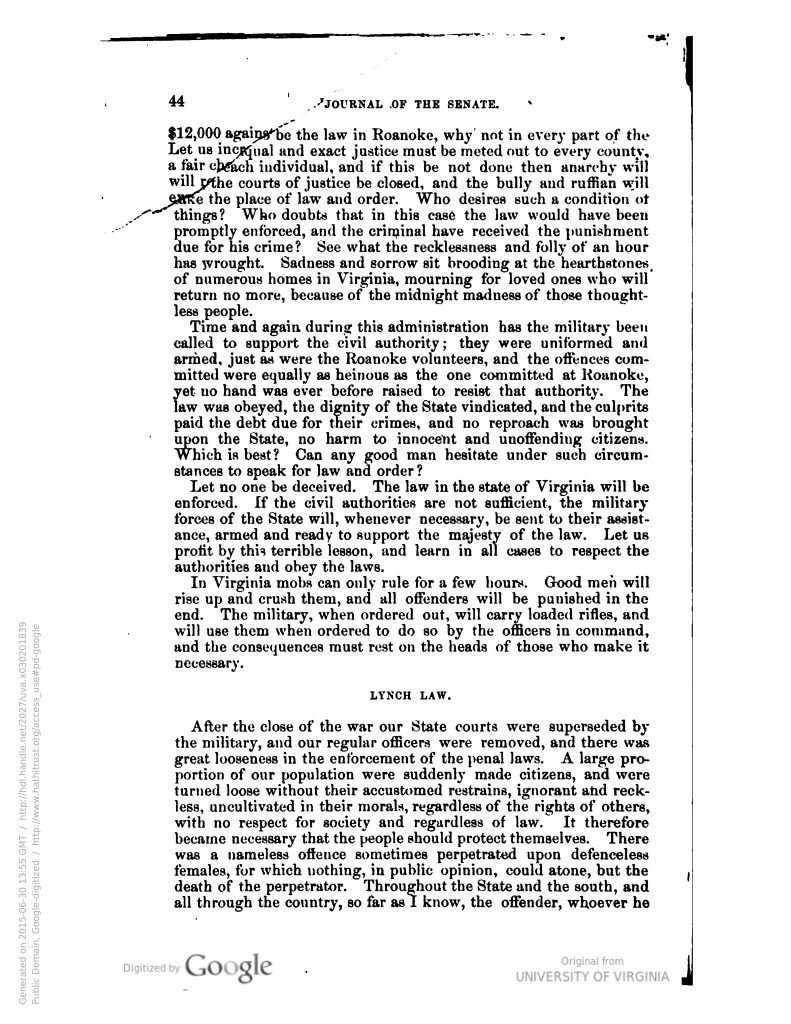 Journal of the Senate of the Commonwealth of Virginia (1893), Page 46

After the close of the war our State courts were superseded by the military, and our regular officers were removed, and there was a great looseness in the enforcement of the penal laws. A large proportion of our population were suddenly made citizens, and were turned loose without their accustomed restrains, ignorant and reckless, uncultivated in their morals, regardless of the rights of others, with no respect for society and regardless of law. It therefore became necessary that the people should protect themselves. There was a nameless offence sometimes perpetrated upon defenceless females, for which nothing, in public opinion, could atone, but the death of the perpetrator. Throughout the State and the south, and all through the country, as far as I know, the offender, whoever he 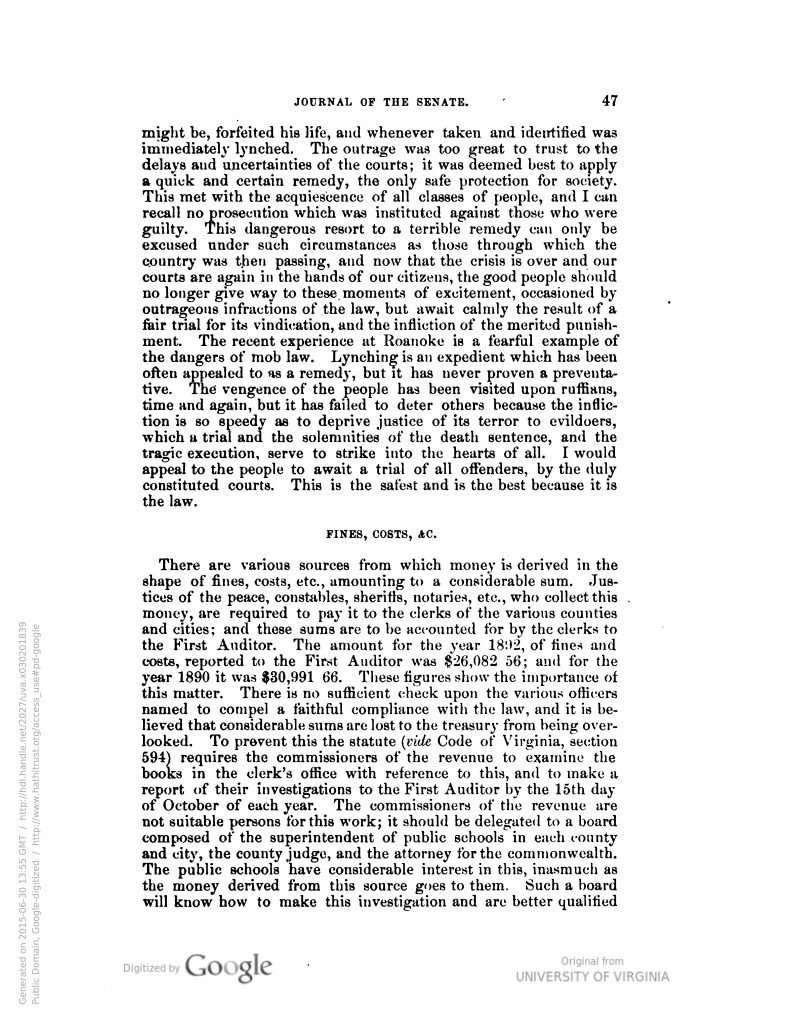 might be, forfeited his life, and whenever taken and identified was immediately lynched. The outrage was too great to trust to the delays and uncertainties of the courts; it was deemed best to apply and quick and certain remedy, the only safe protection for society. This met with the acquiescence of all classes of people, and I can recall no prosecution which was instituted against those who were guilty. This dangerous resort to a terrible remedy can only be excused under such circumstances as those through which the country was then passing, and now that the crisis is over and our courts are again in the hands of our citizens, the good people should no longer give way to these moments of excitement, occasioned by outrageous infractions of the law, but await calmly the result of a fair trial for its vindication, and the infliction of the merited punishment. The recent experience at Roanoke is a fearful example of the dangers of mob law. Lynching is an expedient which has been often appealed to as a remedy, but it has never proven a preventative. The vengeance of the people has been visited upon ruffians, time and again, but it has failed to deter others because the infliction is so speedy as to deprive justice of its terror to evildoers, which a trial and the solemnities of the death sentence, and the tragic execution, serve to strike into the hearts of all. I would appeal to the people to await a trial of all offenders, by the duly constituted courts. This is the safest and is the best because it is the law.