Longstreet, who had no middle name, was born on January 8, 1821, near Edgefield, South Carolina, but was raised in Georgia and Alabama. He was graduated from the United States Military Academy at West Point in 1842 and won repeated brevet promotions for conspicuous bravery during the Mexican War (1846–1848). On March 8, 1848, he married Maria Louisa Garland, and the couple had ten children, five of whom lived to adulthood. Longstreet served mainly on the western frontier during the 1850s, rising to the rank of major. He owned a small number of slaves and showed no interest in politics.

At the outbreak of the Civil War in 1861, Longstreet resigned his commission and entered Confederate service as a brigadier general. During the war he rose to the rank of lieutenant general and won consistent praise while serving under Lee, with whom he developed a lifelong friendship. Longstreet fought in all of Lee’s major battles of 1862 and 1863 except Chancellorsville (1863), when he led two divisions on a foraging expedition to the south that included a brief siege of Suffolk, Virginia. He opposed Lee’s plans at Gettysburg in July 1863, but risked his life recklessly in their execution. Following Lee’s defeat, Longstreet led reinforcements to the Western Theater and contributed to the Confederate victory at Chickamauga (1863). He performed poorly, however, as subordinate to Confederate general Braxton Bragg during the Chattanooga Campaign (1863), and as an independent commander he failed to capture Knoxville, Tennessee, during the subsequent fall and winter. Recalled to Virginia in the spring of 1864, Longstreet was wounded by friendly fire at the Battle of the Wilderness within only a few miles of the spot where Thomas J. “Stonewall” Jackson had been similarly wounded the year before. Jackson soon died, whereas Longstreet returned to service in October, participating in the Petersburg Campaign and the endgame at Appomattox in April 1865. 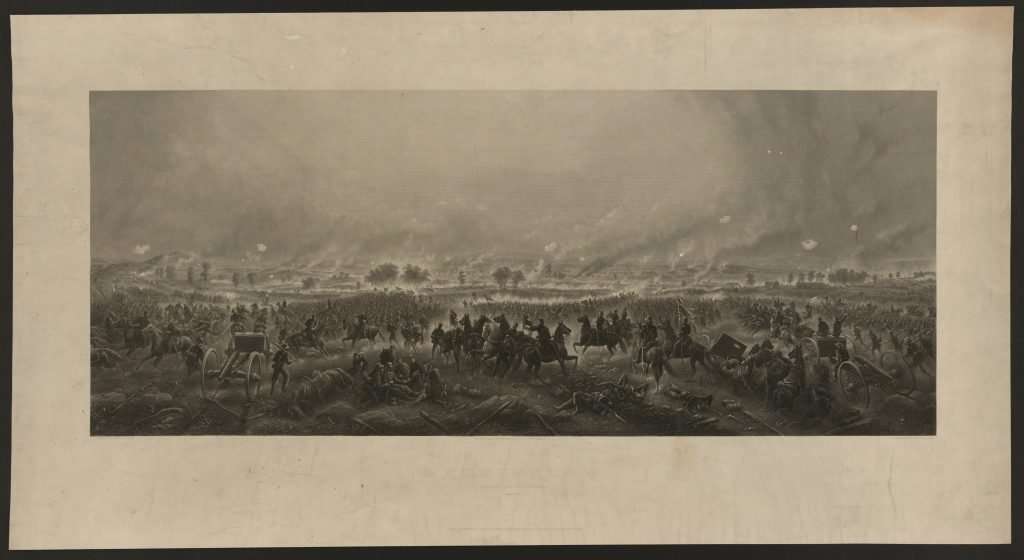 Following the war, Longstreet lived in New Orleans, Louisiana, but he moved to Gainesville, Georgia, in 1875, remaining there until his death. During Reconstruction, he accepted political appointments from the Republican Party. Although traditionally conservative on social issues, he endorsed biracial politics as the South’s future. As commander of the Louisiana state militia, Longstreet risked his life defending black civil rights against white supremacist violence. These actions alienated Longstreet’s wartime comrades-in-arms and effectively erased his reputation as a Confederate hero.

In his wartime reports and private papers Lee never criticized Longstreet. But after Lee’s death in 1870, former Confederate general Jubal A. Early accused Longstreet of being late in his attack on the second day at Gettysburg, a failure that supposedly cost Lee the battle and the Confederacy the war. Early emerged as the foremost leader of various efforts to commemorate Lee and enshrine his memory. For two decades he coordinated a carefully organized campaign of character assassination against Longstreet, whose politics he despised. Early enlisted many in his cause, including former Confederate generals John B. Gordon and Fitzhugh Lee (Robert E. Lee’s nephew), and former Confederate president Jefferson Davis. 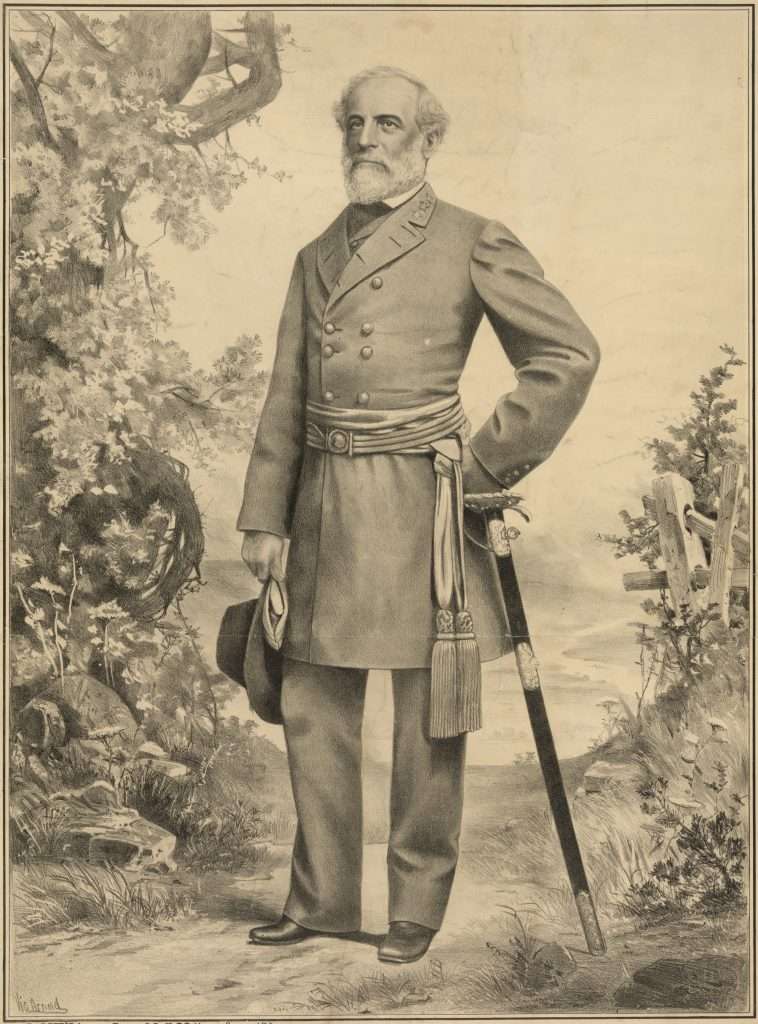 Although some of Early’s most specific accusations were disproved by Lee’s after-action report and the testimony of Lee’s staff officers, his scapegoating of Longstreet offered southerners a temptingly simple explanation for defeat, one that did not call into question southern manhood or the loss of God’s grace. With Lee’s failure at Gettysburg transferred to Longstreet, Lee emerged as the Confederacy’s stainless hero, defeated by superior numbers but never outgeneraled. As a result of Early’s prolific writings, the criticisms voiced by others working with Early, and public reaction to Longstreet’s support of biracial politics, Longstreet was cast out of the pantheon of Confederate heroes. He soon became a figure of public scorn across the South.

Longstreet proved to be his own worst enemy when defending his reputation. He wrote a series of newspaper and magazine articles in the 1870s and 1880s, and published his autobiography, From Manassas to Appomattox, in 1896. In almost all of these he displayed a jealousy of Lee’s reputation, as well as that of Stonewall Jackson, and he was often critical of their actions. Defenders of Longstreet, who included former Confederate generals Daniel Harvey Hill and Lafayette McLaws, understood Longstreet’s writing to be a product of his postwar embitterment. They defended his reputation while decrying his politics. 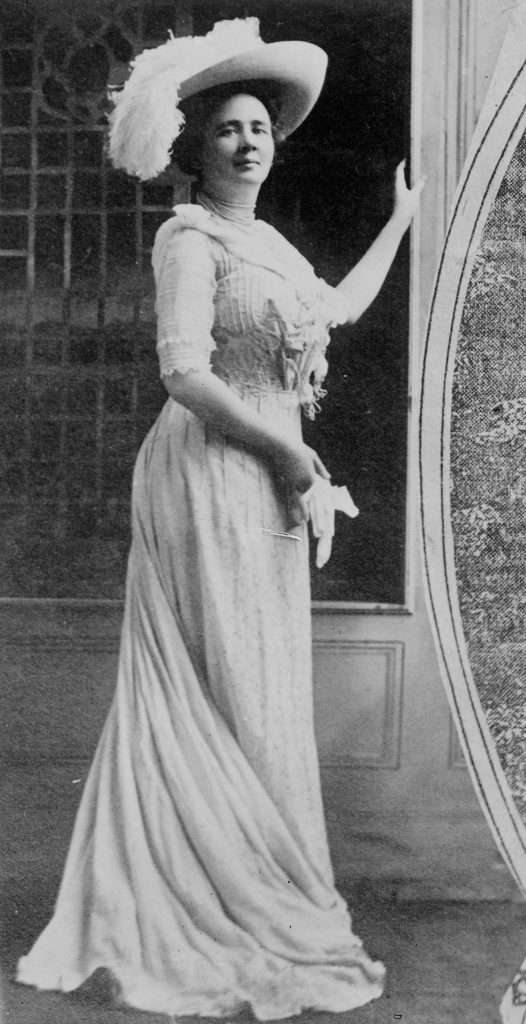 Despite health problems, Longstreet’s private life was mostly happy and he was a devout Christian. His wife died in 1889, but on September 8, 1897, he married Helen Dortch. Much younger than her husband, Helen Longstreet defended his reputation tirelessly until her own death in 1962. She enjoyed little success. Longstreet had died on January 2, 1904, still a figure of controversy. During the 1930s and 1940s his place as a villain in southern history was codified by the publications of Virginia historian Douglas Southall Freeman, who accepted the writings of Longstreet’s critics without question. Freeman portrayed Longstreet as slow and obstinate, lusting for independent command, and seeking to impose his will on Lee.

During the 1960s historian Glenn Tucker challenged Freeman’s conclusions, and subsequent scholarship—along with pop-culture renderings, such as in the Pulitzer Prize–winning novel The Killer Angels (1974) and its movie adaptation, Gettysburg (1993)—has begun to re-establish Longstreet to his rightful place as Lee’s principal subordinate and intimate confidant and a highly competent soldier. Longstreet helped popularize the use of field fortifications and advocated employing defensive tactics when and where practicable. He disagreed with Lee’s strategy of concentrating in Virginia, identifying the Western Theater as the critical arena of the war. Deeply beloved by his men, he had few peers and no superiors as a corps-level commander.

RELATED CONTENT
Categories:
Type:
Related SOLs:
MAP
TIMELINE
January 8, 1821
James Longstreet is born near Edgefield, South Carolina.
1838
James Longstreet, born in South Carolina and raised in Georgia and Alabama, enters the U.S. Military Academy at West Point with an appointment from Alabama. He sought that state's slot after learning Georgia's had already been filled.
1842
James Longstreet graduates from the U.S. Military Academy at West Point. His classmates include George E. Pickett and Ulysses S. Grant.
1846—1848
Serving with the 8th U.S. Infantry, James Longstreet wins repeated brevet promotions for conspicuous bravery during the Mexican War.
March 8, 1848
James Longstreet marries Maria Louisa Garland. The couple will have ten children, five of whom will live to adulthood.
1850s
James Longstreet rises to the rank of major in the U.S. Army, serving mostly on the western frontier.
1861
James Longstreet resigns his commission in the U.S. Army and enters Confederate service as a brigadier general.
October 7, 1861
James Longstreet is promoted to major general.
October 9, 1862
Confederate president Jefferson Davis, on the recommendation of Robert E. Lee, promotes James Longstreet to the newly created rank of lieutenant general. Longstreet's promotion dates one day before the same promotion given to Thomas J. "Stonewall" Jackson, allowing Longstreet to outrank Jackson.
November 6, 1862
Confederate general Robert E. Lee reorganizes his Army of Northern Virginia, placing James Longstreet in command of the First Corps and Thomas J. "Stonewall" Jackson in command of the Second Corps.
April 11—May 4, 1863
James Longstreet leads three divisions of Confederate troops in a siege of the Union garrison at Suffolk. While Suffolk was never completely captured, needed supplies were. Longstreet and his troops, however, missed the major Confederate victory at Chancellorsville that took place at the same time.
July 1—2, 1863
After the victorious first day at Gettysburg, James Longstreet urges Robert E. Lee to disengage. Lee instead orders Longstreet to strike the Union left on July 2. This attack is unsuccessful.
July 3, 1863
Robert E. Lee countermands James Longstreet's efforts to maneuver around the Union left flank at Gettysburg. Instead, Lee orders Longstreet to attack the Union center. Pickett's Charge is a costly failure.
September 20, 1863
Having advocated a concentration in the West, James Longstreet receives permission to lead reinforcements for Braxton Bragg's army in Georgia. Arriving in time for the second day's fighting at the Battle of Chickamauga, Longstreet drives half the Union army from the field, helping to achieve one of the greatest Confederate victories of the war.
October 1863—April 1864
James Longstreet's service in the West is marred by quarrels with his commander, Braxton Bragg. Detached from Bragg, Longstreet fails to recapture Knoxville, Tennessee, in November. He rejoins Robert E. Lee in Virginia in time to defend against Union general-in-chief Ulysses S. Grant's spring offensive.
May 6, 1864, 12 p.m.
James Longstreet is badly wounded in the neck and right shoulder by "friendly" fire from Confederate troops during the Battle of the Wilderness. He is shot just a few miles from where Thomas J. "Stonewall" Jackson was mortally wounded, also by friendly fire, at the Battle of Chancellorsville a year earlier, on May 2, 1863.
October 19, 1864
James Longstreet returns to service as commander of the First Corps of the Army of Northern Virginia. He had been wounded by "friendly" fire from Confederate troops during the Battle of the Wilderness on May 6.
1865
Following the Confederacy's defeat, James Longstreet moves to New Orleans, Louisiana. He works as a cotton broker and in the insurance business. He also becomes a member of the Republican Party.
1868
James Longstreet is one of a small number of former Confederates who endorse the former Union general-in-chief Ulysses S. Grant for president. Grant was a classmate of Longstreet at West Point and had married one of Longstreet's cousins. Grant appoints Longstreet the surveyor of customs for New Orleans, a post he will hold until 1873.
January 19, 1872
Jubal A. Early, a former Confederate general who led a division at the Battle of Gettysburg, gives a speech at Washington and Lee University in Lexington criticizing James Longstreet's conduct at the 1863 battle. Early's campaign against Longstreet's reputation helps to formulate the Lost Cause view of the Civil War.
September 14, 1874
James Longstreet, at the head of the largely black Louisiana state militia, is shot and briefly held prisoner during a riot in New Orleans, Louisiana. The rioters are members of the Crescent City White League, a white supremacist organization attempting to overthrow the government of Louisiana. Federal troops eventually restore order.
1875
James Longstreet moves from New Orleans, Louisiana, where he has lived since the end of the Civil War, to Gainesville, Georgia.
1878
James Longstreet is appointed deputy collector of internal revenue in Georgia, a position he will hold until 1879.
January 1879
James Longstreet is appointed postmaster of Gainesville, Georgia.
May 1880
James Longstreet, a former Confederate general turned Republican Party member, is nominated to be ambassador to the Ottoman Empire by President Rutherford B. Hayes. He will hold the position until June 1881.
June 1881
James Longstreet is appointed U.S. marshal for Georgia, a position he will hold until 1884.
December 29, 1889
James Longstreet's wife of forty-one years, Maria Louisa Garland Longstreet, dies.
1896
James Longstreet authors his autobiography, From Manassas to Appomattox. He uses it to defend himself against attacks (often politically motivated) on his generalship during the Civil War. He also displays a jealousy of the reputations of Robert E. Lee and Thomas J. "Stonewall" Jackson, criticizing some of their actions.
September 8, 1897
James Longstreet, now seventy-six years old, marries thirty-four-year-old Helen Dortch in the governor's mansion in Atlanta, Georgia. She would live until 1962, spending many of those years defending Longstreet against his many harsh critics.
1898
James Longstreet serves as a U.S. railroad commissioner.
January 2, 1904
James Longstreet dies in Gainesville, Georgia, and is buried in the Alta Vista Cemetery there.
FURTHER READING
CITE THIS ENTRY