Despite the cadets’ involvement with the execution of John Brown, Lexington citizens edged toward secession with reluctance. A volunteer regiment called the Rockbridge Rifles formed late in 1859. Students at Washington College and the young ladies in town were the most prone to war fever and exhibited their symptoms by wearing secessionist badges and seeking to form military classes. It was Lincoln’s call for troops that pushed many Lexingtonians in favor of secession. Before long “all except the old men of the town of Lexington were in the army,” as resident poet Margaret Junkin Preston noted in her journal. By April 1862, only five students remained enrolled at Washington College, and VMI was also unnaturally vacant. 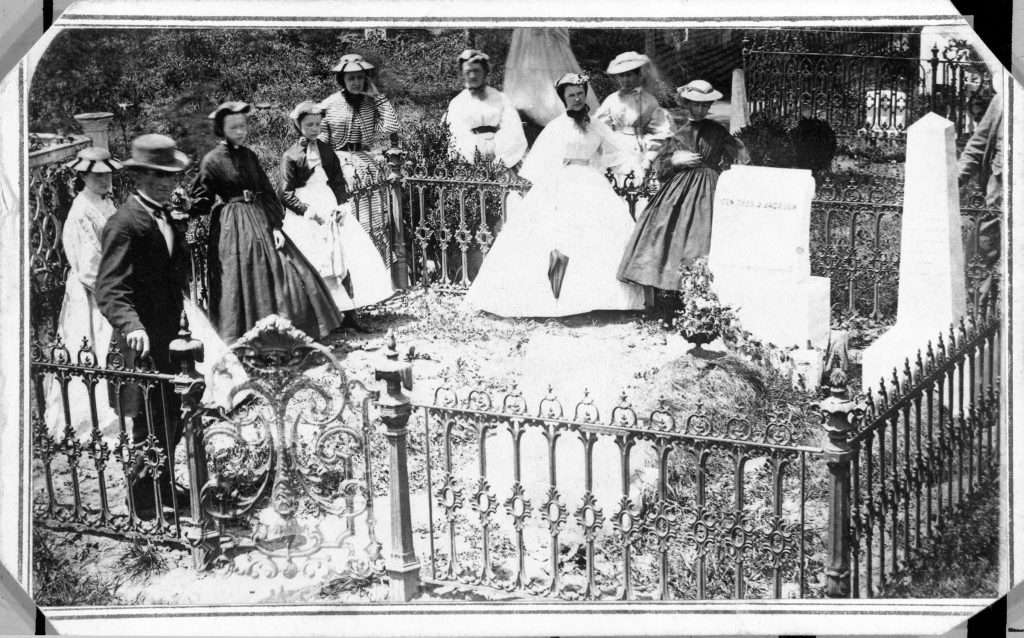 Lexington’s role in the war was rarely enough to make headlines until May 1863, when the body of Stonewall Jackson, who had died following Chancellorsville, was brought home for burial amid what Preston described as “the flowing tears of a vast concourse of people.” In December of that year, the war itself finally came to Lexington, as Confederate troops under John D. Imboden and Fitzhugh Lee joined with the Lexington Home Guard and remaining VMI cadets to guard the town from a potential attack by Union general William W. Averell. The Union threat headed south rather than descending upon Lexington; but like many communities in the Civil War, it narrowly escaped harm once, only to be scathed in a second encounter.

Union general David Hunter targeted Lexington in June 1864, as he marched his troops south through the Shenandoah Valley. Rushing to its defense were Confederate forces under John A. McCausland, who gave enough notice for frantic Lexingtonians to hide their valuables in attics, under floors, and in outhouses. On June 11, McCausland burned the bridge over the North River (now Maury River) in an attempt to delay Hunter’s advance, effectively cutting it off from its main supply route. By mid-afternoon, Union shells were raining on the town, followed by three days of Union troops raiding and looting virtually every private home, business, and institution in Lexington. On June 12, Hunter burned

Virginia governor John Letcher‘s home, the Virginia Military Institute, and several faculty houses. Hunter departed Lexington on June 14, leaving it to face a long, hungry winter. Lexington’s war-weariness was evident by the spring of 1865, but there was also one striking sign that its characteristic practical, energetic spirit was as lively as ever: a rebuilt bridge spanned the North River.

The town was convulsed in violence during Reconstruction (1865–1877), beginning when William L. Coan, a representative of the American Missionary Association, opened a school for freed blacks in December 1865. Agents of the federal Freedmen’s Bureau warned Coan that “General Lee’s boys” would make Lexington “a hard place” for such work, and it was. Meanwhile, General Lee—former Confederate general Robert E. Lee—became president of Washington College and was interred there after his death in 1870. His remains are now in Lee Chapel on the campus of Washington and Lee University