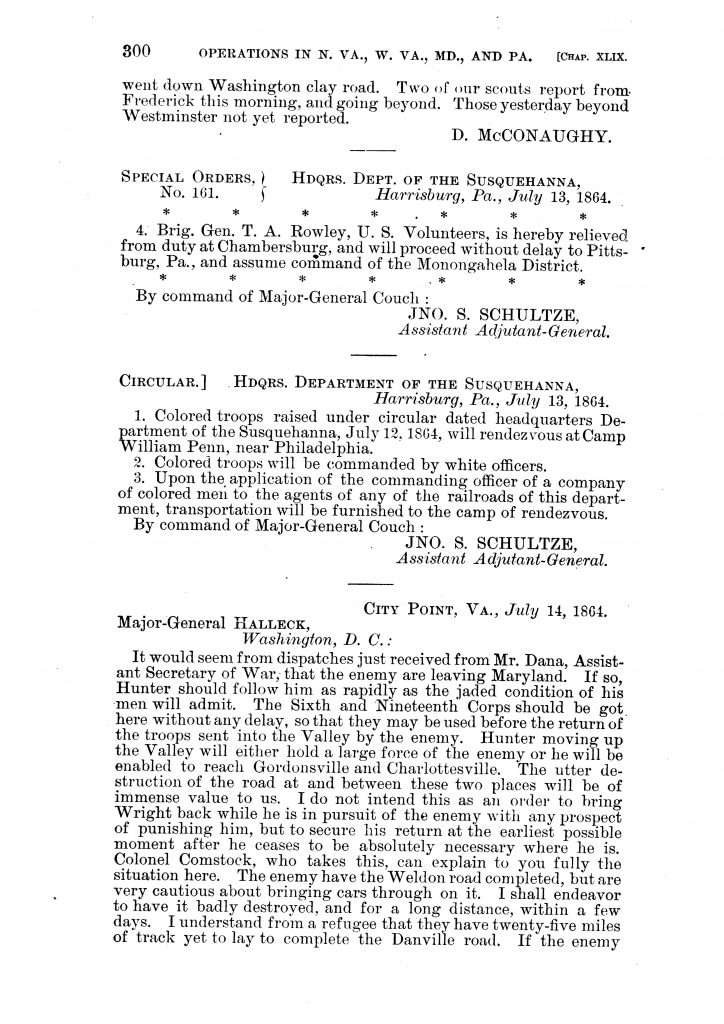 It would seem from dispatches just received from Mr. [Charles A.] Dana, Assistant Secretary of War, that the enemy are leaving Maryland. If so, Hunter should follow him as rapidly as the jaded condition of his men will admit. The Sixth and Nineteenth Corps should be got here without any delay, so that they may be used before the return of the troops sent into the [Shenandoah] Valley by the enemy. Hunter moving up the Valley [i.e., south] will either hold a large force of the enemy or he will be enabled to reach Gordonsville and Charlottesville. The utter destruction of the [rail]road at and between these two places will be of immense value to us. I do not intend this as an order to bring [General Horatio G.] Wright back while he is in pursuit of the enemy with any prospect of punishing him, but to secure his return at the earliest possible moment after he ceases to be absolutely necessary where he is. Colonel [Cyrus B.] Comstock, who takes this, can explain to you fully the situation here. The enemy have the Weldon road completed, but are very cautious about bringing cars through on it. I shall endeavor to have it badly destroyed, and for a long distance, within a few days. I understand from a refugee that they have twenty-five miles of track yet to lay to complete the Danville road. If the enemy 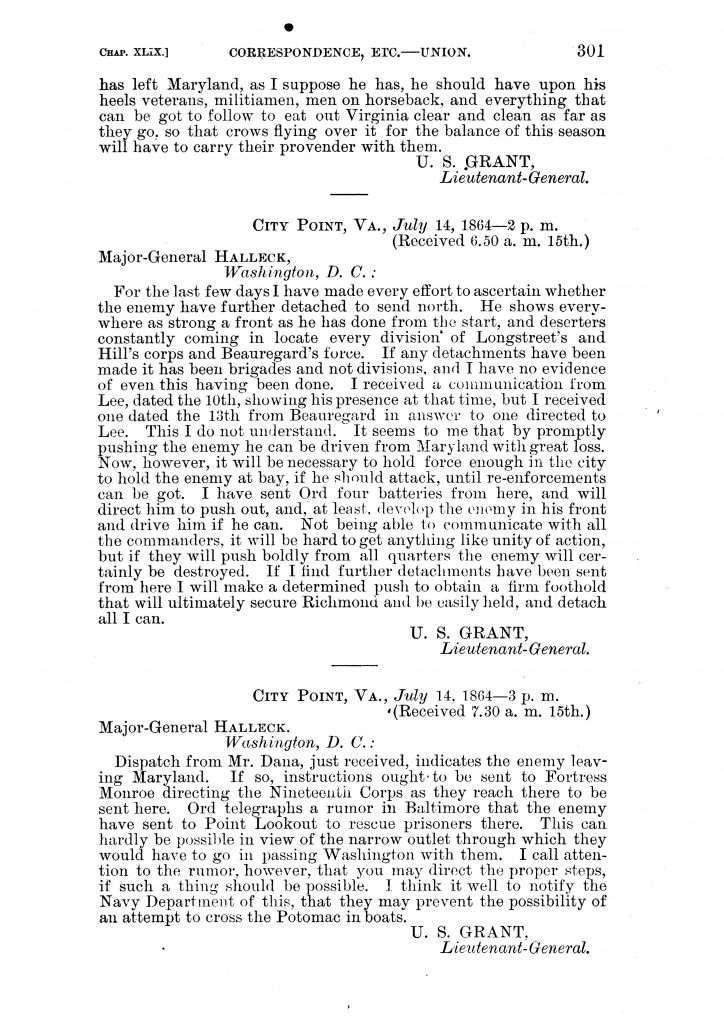 has left Maryland, as I suppose he has, he should have upon his heels veterans, militiamen, men on horseback, and everything that can be got to follow to eat out Virginia clear and clean as far as they go, so that crows flying over it for the balance of this season will have to carry their provender with them.