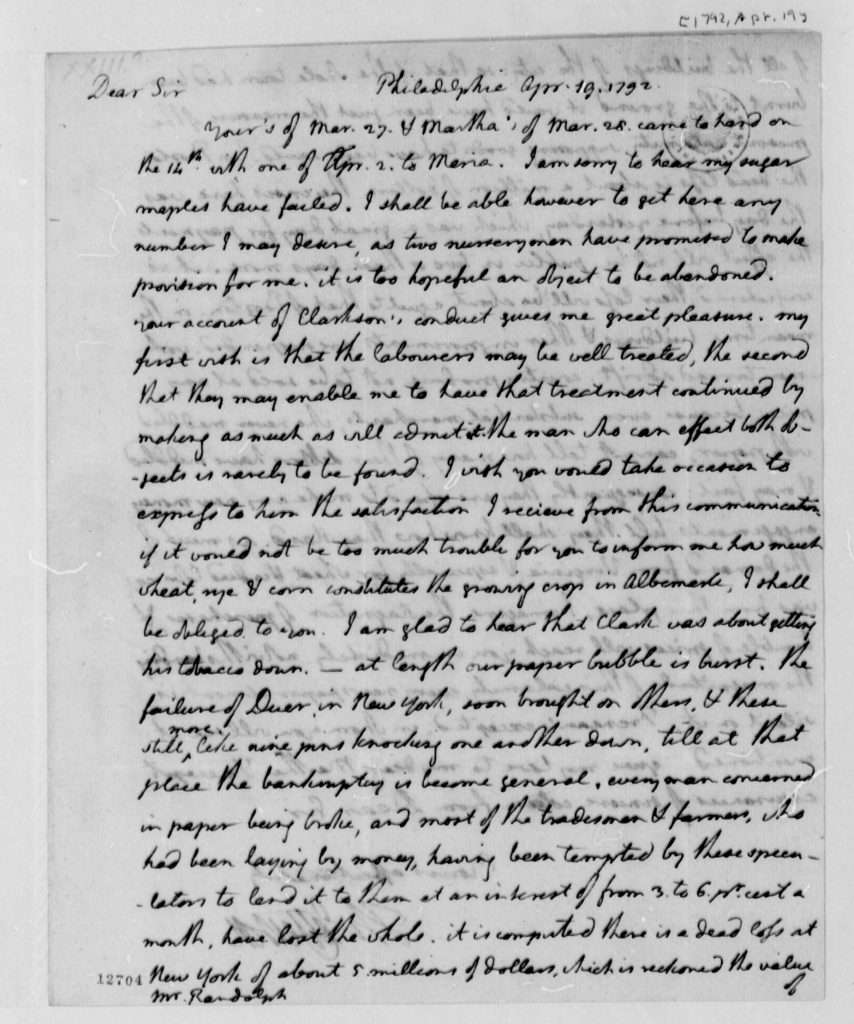 Your’s of Mar. 27. and Martha’s of Mar. 28. came to hand on the 14th. with one of Apr. 2. to Maria. I am sorry to hear my sugar maples have failed. I shall be able however to get here any number I may desire, as two nurserymen have promised to make provision for me. It is too hopeful an object to be abandoned. Your account of Clarkson’s conduct gives me great pleasure. My first wish is that the labourers may be well treated, the second that they may enable me to have that treatment continued by making as much as will admit it. The man who can effect both objects is rarely to be found. I wish you would take occasion to express to him the satisfaction I recieve from this communication. If it would not be too much trouble for you to inform me how much wheat, rye and corn constitutes the growing crop in Albemarle, I shall be obliged to you. I am glad to hear that Clark was about getting his tobacco down.—At length our paper bubble is burst. The failure of Duer, in New York, soon brought on others, and these still more, like nine pins knocking one another down, till at that place the bankruptcy is become general, every man concerned in paper being broke, and most of the tradesmen and farmers, who had been laying by money, having been tempted by these speculators to lend it to them at an interest of from 3. to 6. pr. cent a month, have lost the whole. It is computed there is a dead loss at New York of about 5. millions of dollars, which is reckoned the value 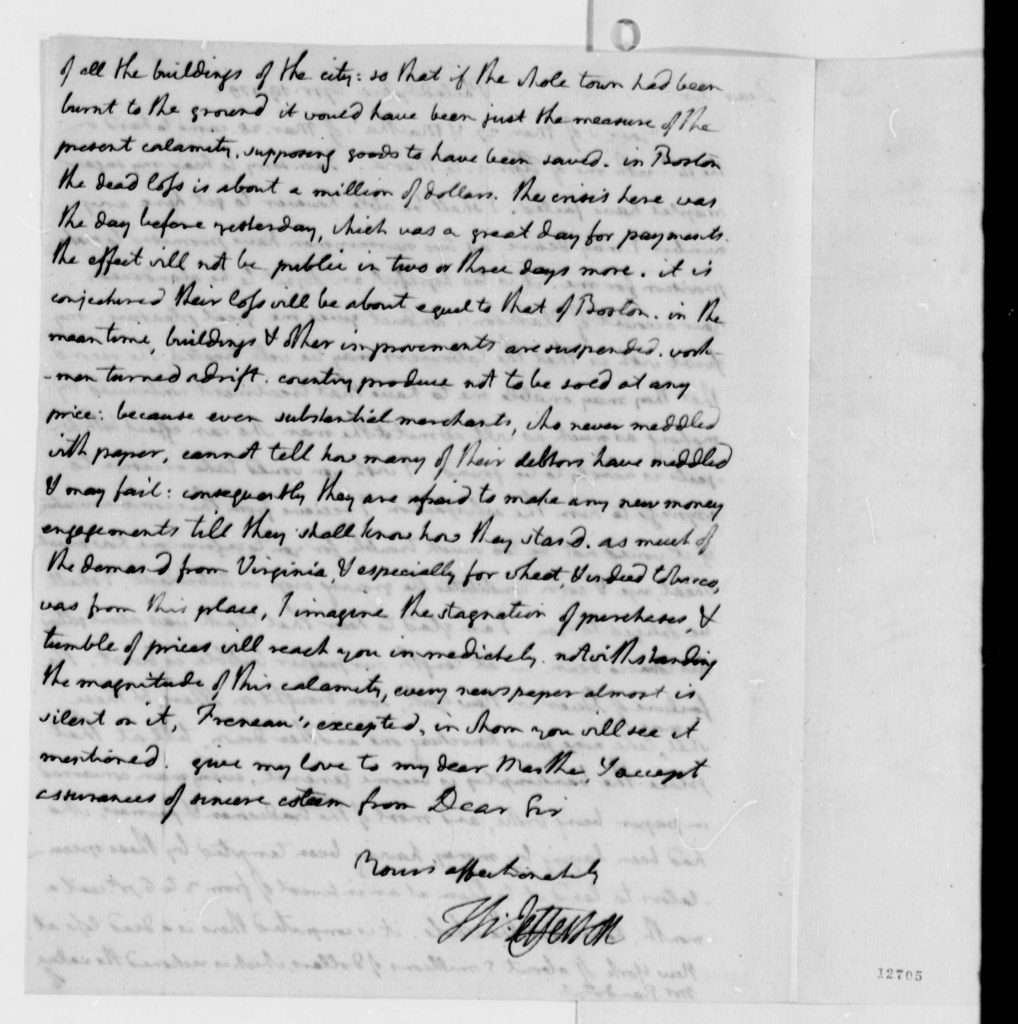 of all the buildings of the city: so that if the whole town had been burnt to the ground it would have been just the measure of the present calamity, supposing goods to have been saved. In Boston the dead loss is about a million of dollars. The crisis here was the day before yesterday, which was a great day for payments. The effect will not be public in two or three days more. It is conjectured their loss will be about equal to that of Boston. In the mean time, buildings and other improvements are suspended. Workmen turned adrift. Country produce not to be sold at any price: because even substantial merchants, who never meddled with paper, cannot tell how many of their debtors have meddled and may fail: consequently they are afraid to make any new money engagements till they shall know how they stand. As much of the demand from Virginia, and especially for wheat, and indeed tobacco, was from this place, I imagine the stagnation of purchases, and tumble of prices will reach you immediately. Notwithstanding the magnitude of this calamity, every newspaper almost is silent on it, Freneau’s excepted, in whom you will see it mentioned. Give my love to my dear Martha, & accept assurances of sincere esteem from Dear Sir Yours affectionately,