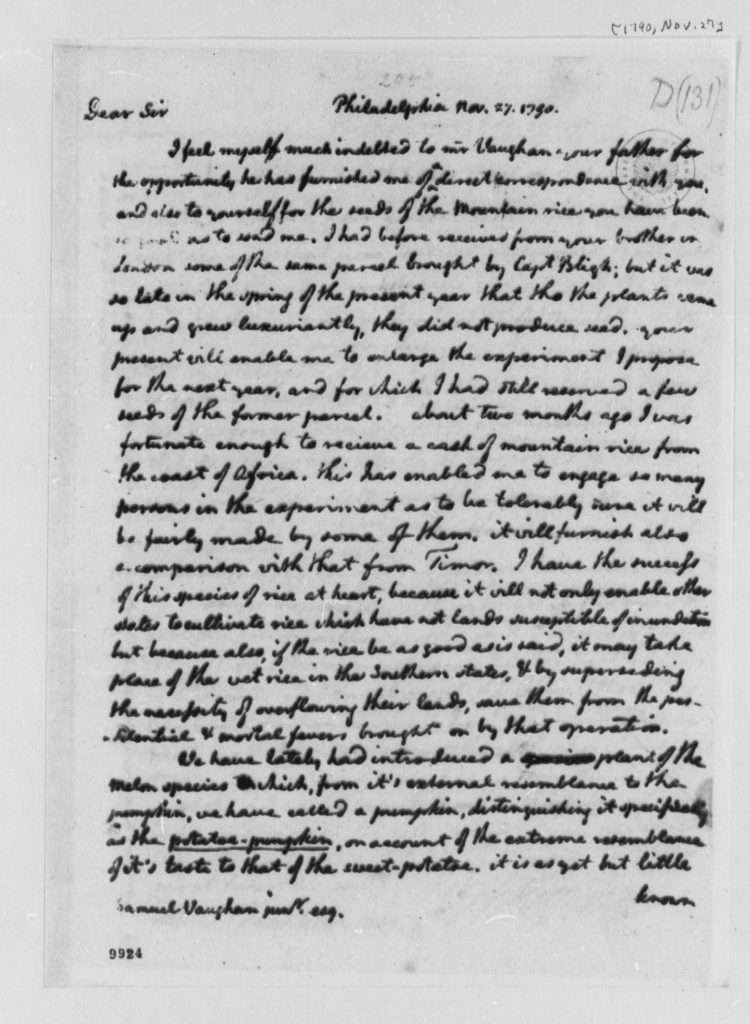 I feel myself much indebted to Mr. Vaughan your father for the opportunity he has furnished me of a direct correspondence with you, and also to yourself for the seeds of the Mountain rice you have been so good as to send me. I had before received from your brother in London some of the same parcel brought by Capt. Bligh; but it was so late in the spring of the present year that tho the plants came up and grew luxuriantly, they did not produce seed. Your present will enable me to enlarge the experiment I propose for the next year, and for which I had still reserved a few seeds of the former parcel.—About two months ago I was fortunate enough to recieve a cask of mountain rice from the coast of Africa. This has enabled me to engage so many persons in the experiment as to be tolerably sure it will be fairly made by some of them. It will furnish also a comparison with that from Timor. I have the success of this species of rice at heart, because it will not only enable other states to cultivate rice which have not lands susceptible of inundation but because also, if the rice be as good as is said, it may take place of the wet rice in the Southern states, and by superseding the necessity of overflowing their lands, save them from the pestilential and mortal fevers brought on by that operation.

We have lately had introduced a plant of the Melon species which, from it’s external resemblance to the pumpkin, we have called a pumpkin, distinguishing it specifically as the potatoe-pumpkin, on account of the extreme resemblance of it’s taste to that of the sweet-potatoe. It is as yet but little 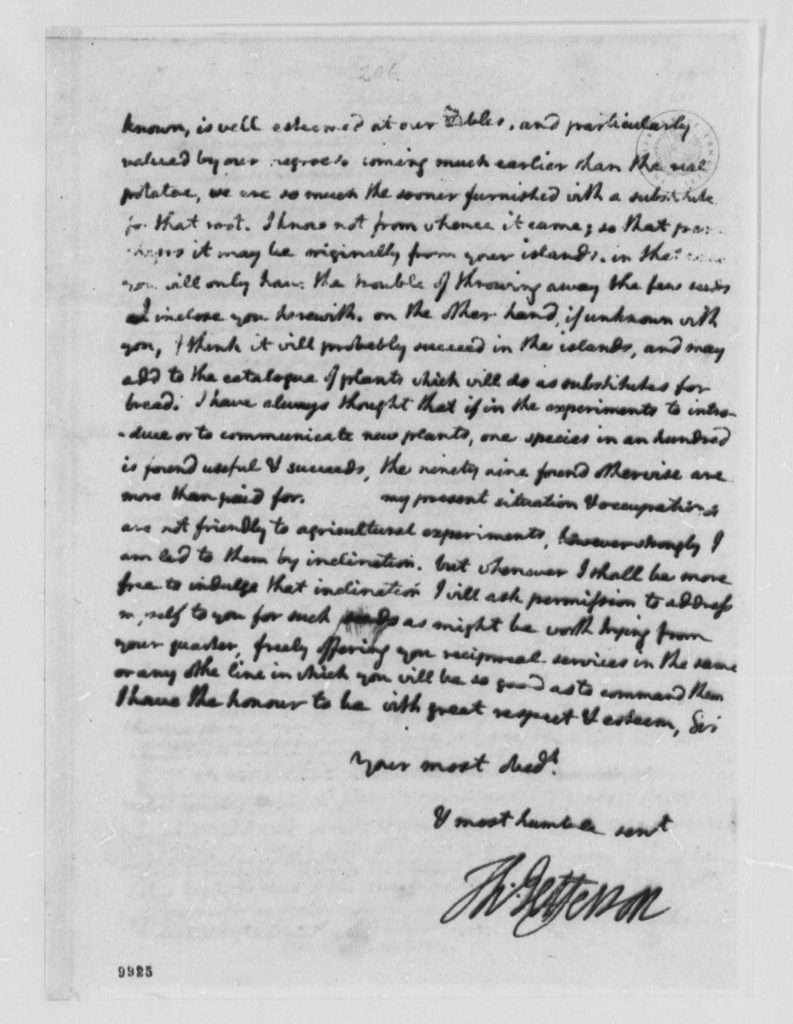 known, is well esteemed at our tables, and particularly valued by our negroes. Coming much earlier than the real potatoe, we are so much the sooner furnished with a substitute for that root. I know not from whence it came; so that perhaps it may be originally from your islands. In that case you will only have the trouble of throwing away the few seeds I enclose you herewith. On the other hand, if unknown with you, I think it will probably succeed in the islands, and may add to the catalogue of plants which will do as substitutes for bread. I have always thought that if in the experiments to introduce or to communicate new plants, one species in an hundred is found useful and succeeds, the ninety nine found otherwise are more than paid for.—My present situation and occupations are not friendly to agricultural experiments, however strongly I am led to them by inclination. But whenever I shall be more free to indulge that inclination I will ask permission to address myself to you for such seeds as might be worth trying from your quarter, freely offering you reciprocal services in the same or any other line in which you will be so good as to command them. I have the honour to be with great respect & esteem, Sir Your most obedt. & most humble servt,