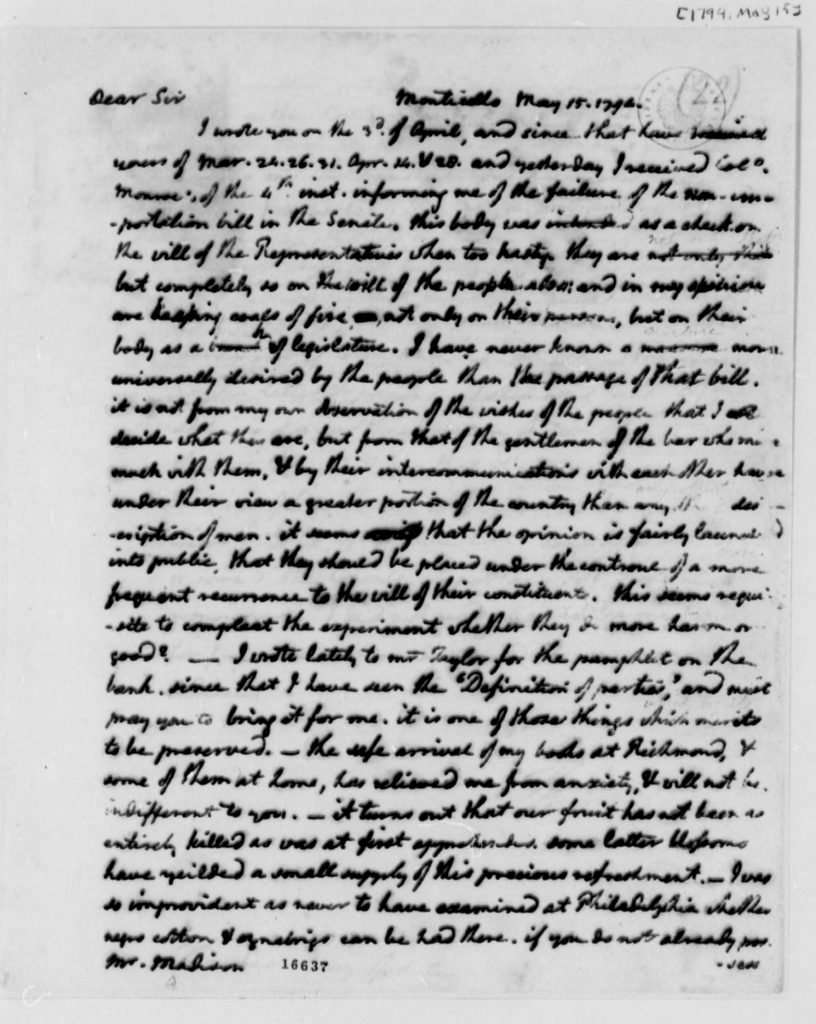 I wrote you on the 3d. of April, and since that have received yours of Mar. 24. 26. 31. Apr. 14. and 28. and yesterday I received Colo. Monroe‘s of the 4th. inst. informing me of the failure of the non-importation bill in the Senate. This body was intended as a check on the will of the Representatives when too hasty. They are not only that but completely so on the will of the people also: and in my opinion are heaping coals of fire not only on their persons, but on their body as a branch of legislature. I have never known a measure more universally desired by the people than the passage of that bill. It is not from my own observation of the wishes of the people that I decide what they are, but from that of the gentlemen of the bar who mix much with them, and by their intercommunications with each other, have under their view a greater portion of the country than any other description of men. It seems that the opinion is fairly launched into public, that they should be placed under the controul of a more frequent recurrence to the will of their constituents. This seems requisite to compleat the experiment whether they do more harm or good?—I wrote lately to Mr. Taylor for the pamphlet on the bank. Since that I have seen the ‘Definition of parties,’ and must pray you to bring it for me. It is one of those things which merits to be preserved.—The safe arrival of my books at Richmond, and some of them at home, has relieved me from anxiety, and will not be indifferent to you.—It turns out that our fruit has not been as entirely killed as was at first apprehended. Some latter blossoms have yeilded a small supply of this precious refreshment.—I was so improvident as never to have examined at Philadelphia whether negro cotton and oznabrigs can be had there. If you do not already pos- 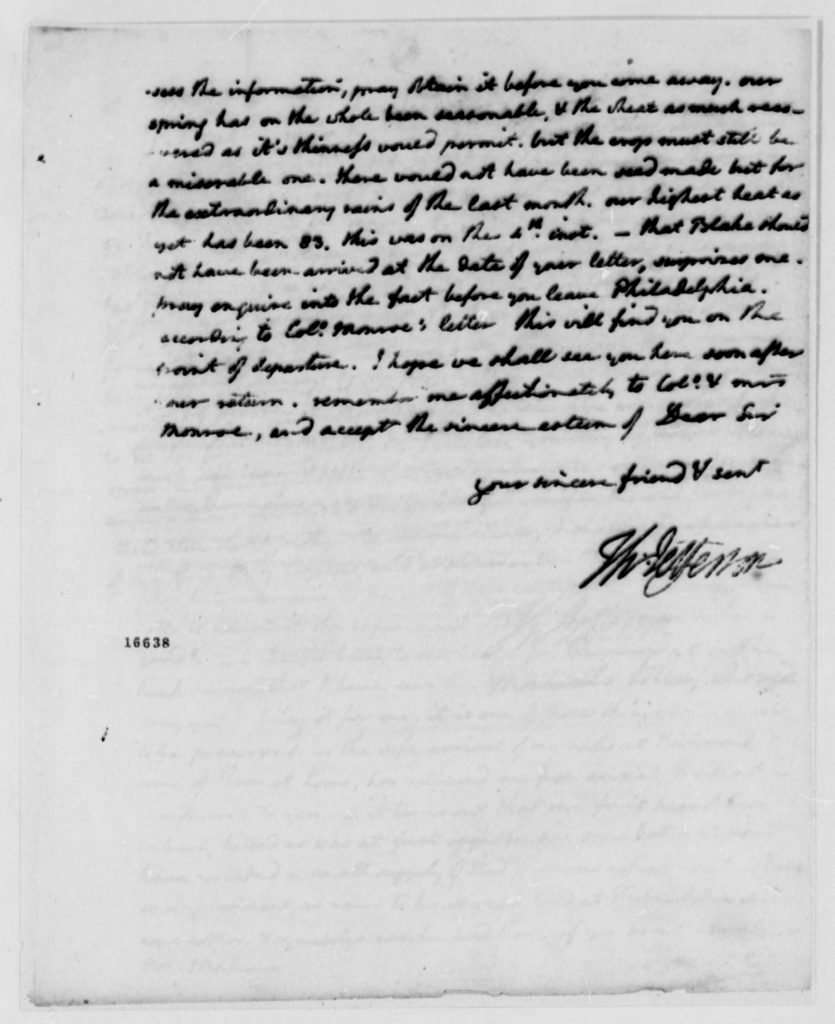 sess the information, pray obtain it before you come away. Our spring has on the whole been seasonable, and the wheat as much recovered as it’s thinness would permit. But the crop must still be a miserable one. There would not have been seed made but for the extraordinary rains of the last month. Our highest heat as yet has been 83. This was on the 4th. inst.—That Blake should not have been arrived at the date of your letter, surprizes me. Pray enquire into the fact before you leave Philadelphia. According to Colo. Monroe’s letter this will find you on the point of departure. I hope we shall see you here soon after your return. Remember me affectionately to Colo. and Mrs. Monroe, and accept the sincere esteem of Dear Sir your sincere friend & servt

RELATED CONTENT
Categories:
Type:
MAP
TIMELINE
May 15, 1794
In a letter to James Madison, Thomas Jefferson writes of politics in Washington, D.C., and his gardening and farming at home.
FURTHER READING