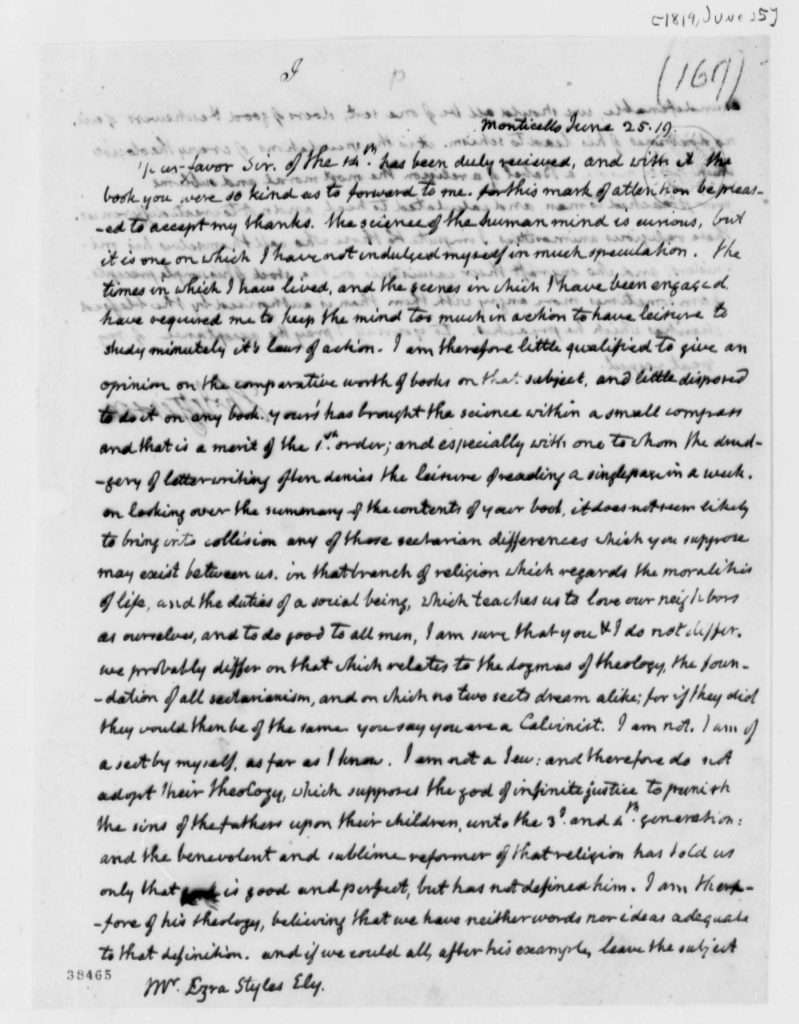 Your favor, Sir, of the 14th, has been duly received, and with it the book you were so kind as to forward to me. For this mark of attention, be pleased to accept my thanks. The science of the human mind is curious, but is one on which I have not indulged myself in much speculation. The times in which I have lived, and the scenes in which I have been engaged, have required me to keep the mind too much in action to have leisure to study minutely its laws of action. I am therefore little qualified to give an opinion on the comparative worth of books on that subject, and little disposed to do it on any book. Yours has brought the science within a small compass, and that is the merit of the first order; and especially with one to whom the drudgery of letter-writing often denies the leisure of reading a single page in a week. On looking over the summary of the contents of your book, it does not seem likely to bring into collision any of those sectarian differences which you suppose may exist between us. in that branch of religion which regards the moralities of life, and the duties of a social being, which teaches us to love our neighbors as ourselves, and to do good to all me, I am sure that you and I do not differ. We probably differ on the dogmas of theology, the foundation of all sectarianism, and on which no two sects dream alike; for if they did they would then be of the same. You say you are a Calvinist. I am not. I am of a sect by myself, as far as I know. I am not a Jew, and therefore do not adopt their theology, which supposed the God of infinite justice to punish the sins of the father upon their children, unto the third and fourth generation; and the benevolent and sublime Reformer of that religion has told us only that God is good and perfect, but has not defined Him. I am, therefore, of His theology, believing that we have neither words nor ideas adequate to that definition. And if we could all, after his example, leave the subject 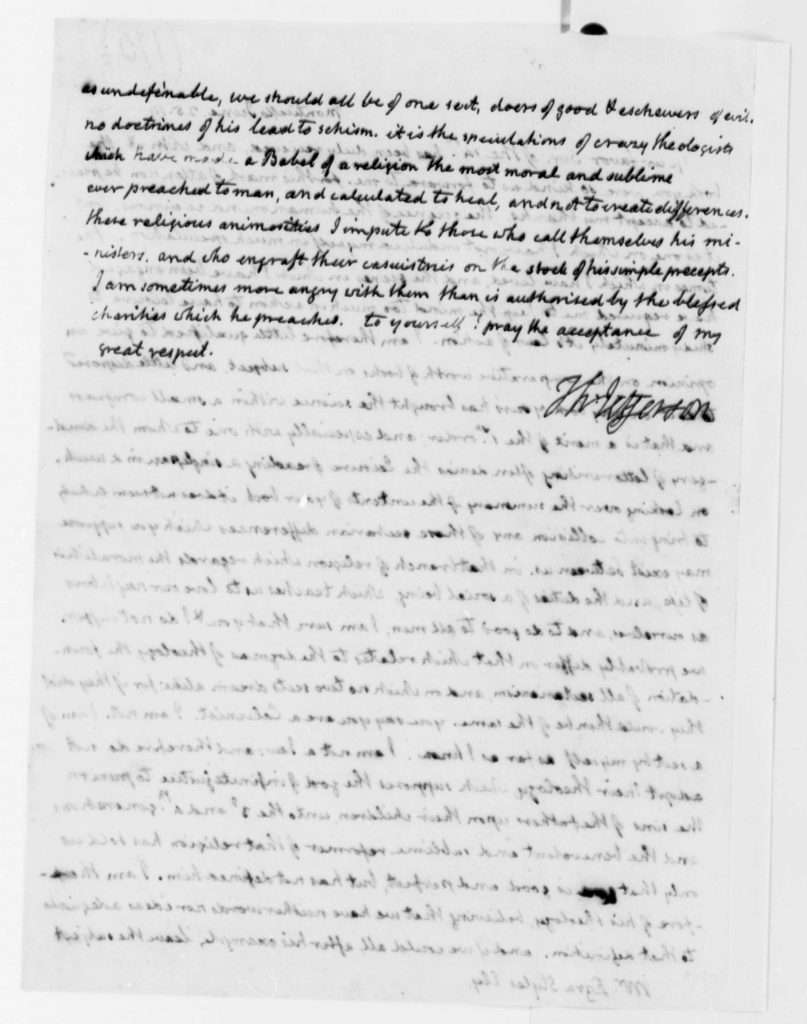 as undefinable, we should all be of one sect, doers of good, and eschewers of evil. No doctrines of His lead to schism. It is the speculations of crazy theologists which have made a Babel of a religion the most moral and sublime ever preached to man, and calculated to heal, and not to create differences. These religious animosities I impute to those who call themselves His ministers, and who engraft their casuistries on the stock of His simple precepts. I am sometimes more angry with them than is authorized by the blessed charities which He preaches. To yourself I pray the acceptance of my great respect.

RELATED CONTENT
Categories:
Type:
MAP
TIMELINE
July 9, 1819
Thomas Jefferson writes a letter to Ezra Styles responding to the gift of a book on the "science of the human mind" and explaining his own religious convictions.
FURTHER READING