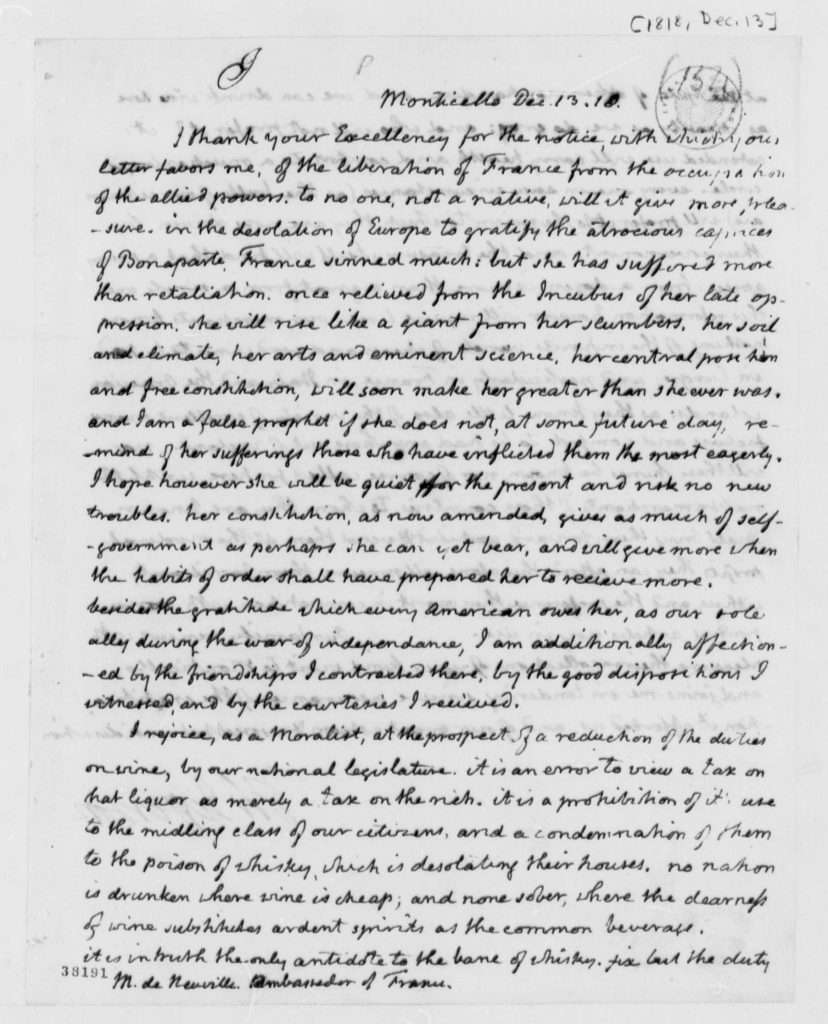 I thank your Excellency for the notice with which your letters favor me, of the liberation of France from the occupation of the allied powers. To no one, not a native, will it give more pleasure. In the desolation of Europe, to gratify the atrocious caprices of Bonaparte, France sinned much; but she has suffered more than retaliation. Once relieved from the incubus of her late oppression, she will rise like a giant from her slumbers. Her soil and climate, her arts and eminent sciences, her central position and free Constitution, will soon make her greater than she ever was. And I am a false prophet, if she does not at some future day, remind of her sufferings those who have inflicted them the most eagerly. I hope, however, she will be quiet for the present, and risk no new troubles. Her Constitution, as now amended, gives as much of self-government as perhaps she can yet bear, and will give more, when the habits of order shall have prepared her to receive more. Besides the gratitude which every American owes her, as our sole ally during the War of Independence, I am additionally affectioned by the friendships I contracted there, by the good dispositions I witnessed, and by the courtesies I received.

I rejoice, as a moralist, at the prospect of a reduction of the duties on wine, by our national legislature. It is an error to view a tax on that liquor as merely a tax on the rich. It is a prohibition of its use to the middling class of our citizens, and a condemnation of them to the poison of whiskey, which is desolating their houses. No nation is drunken where wine is cheap; and none sober, where the dearness of wine substitutes ardent spirits as the common beverage. It is, in truth, the only antidote to the bane of whiskey. Fix but the duty 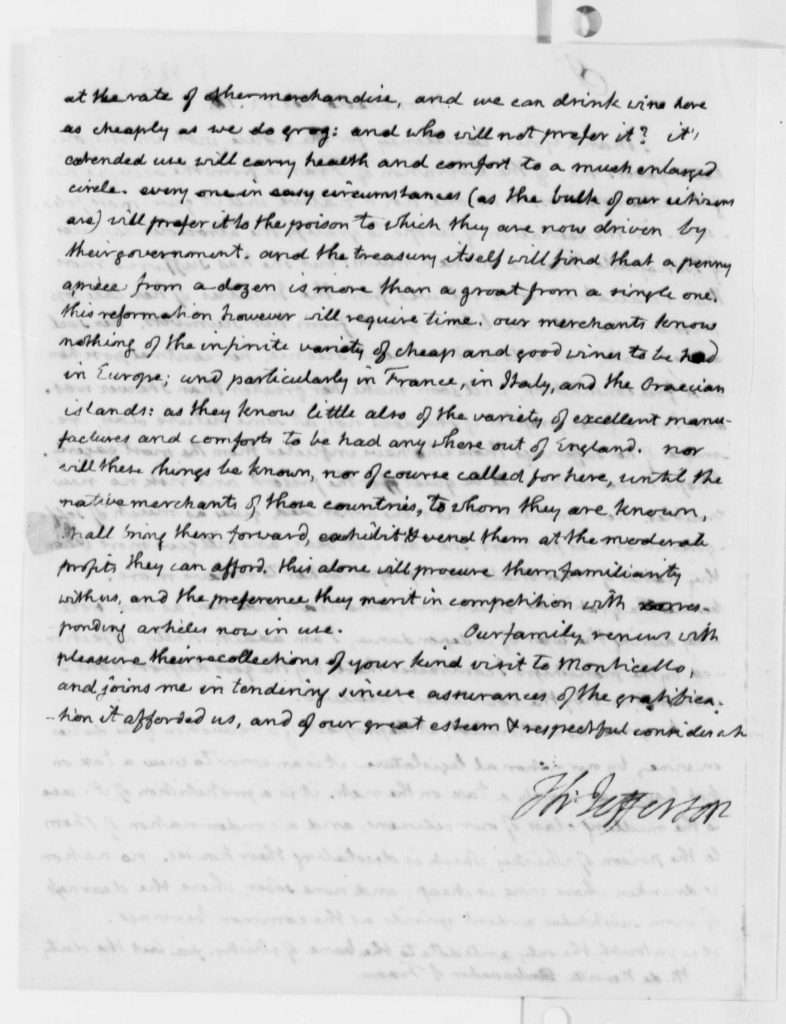 at the rate of other merchandise, and we can drink wine here as cheap as we do grog; and who will not prefer it? Its extended use will carry health and comfort to a much enlarged circle. Every one in easy circumstances (as the bulk of our citizens are) will prefer it to the poison to which they are now driven by their government. And the treasury itself will find that a penny apiece from a dozen, is more than a groat from a single one. This reformation, however, will require time. Our merchants know nothing of the infinite variety of cheap and good wines to be had in Europe; and particularly in France, in Italy, and the Grecian islands; as they know little also, of the variety of excellent manufactures and comforts to be had anywhere out of England. Nor will these things be known, nor of course called for here, until the native merchants of those countries, to whom they are known, shall bring them forward, exhibit and vend them at the moderate profits they can afford. This alone will procure them familiarity with us, and the preference they merit in competition with corresponding articles now in use.

Our family renew with pleasure their recollections of your kind visit to Monticello, and join me in tendering sincere assurances of the gratification it afforded us, and of our great esteem and respectful consideration.