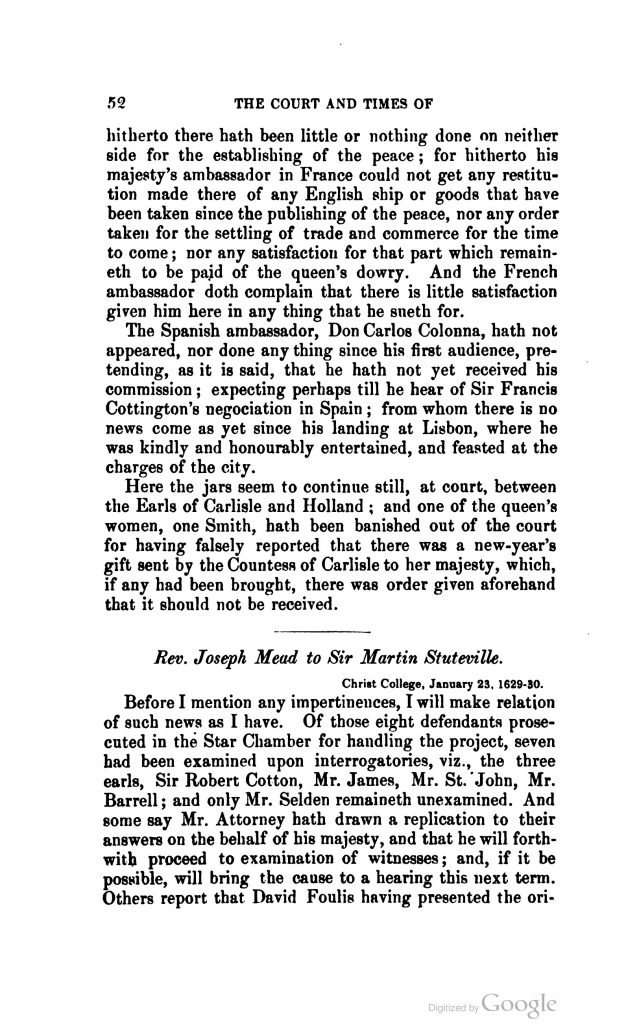 Before I mention any impertinences, I will make relation of such news as I have. Of those eight defendants prosecuted in the Star Chamber for handling the project, seven had been examined upon interrogatories, viz., the three earls, Sir Robert Cotton, Mr. [Robert] James, Mr. [Oliver] St. John, Mr. [Gilbert] Barrell; and only Mr. [John] Selden remaineth unexamined. And some say Mr. Attorney hath drawn a replication to their answers on the behalf of his majesty, and that he will forthwith proceed to examination of witnesses; and, if it be possible, will bring the cause to a hearing this next term. Others report that David Foulis having presented the ori- 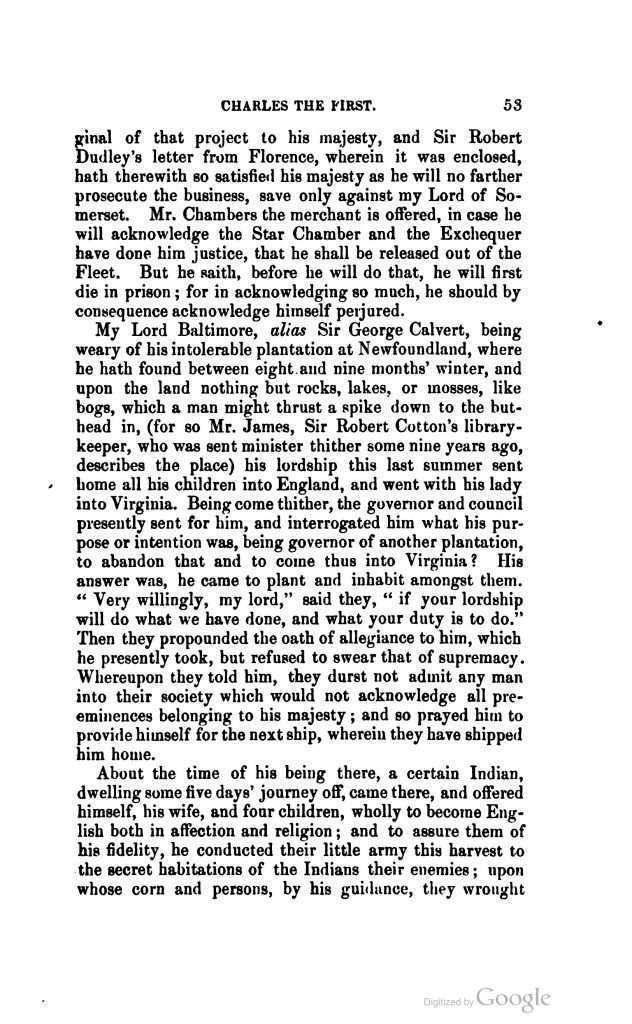 ginal of that project to his majesty, and Sir Robert Dudley’s letter from Florence, wherein it was enclosed, hath therewith so satisfied his majesty as he will no farther prosecute the business, save only against my Lord of Somerset. Mr. Chambers the merchant is offered, in case he will acknowledge the Star Chamber and the Exchequer have done him justice, that he shall be released out of the Fleet. But he saith, before he will do that, he will first die in prison; for in acknowledging so much, he should by consequence acknowledge himself perjured.

My Lord Baltimore, alias Sir George Calvert, being weary of his intolerable plantation at Newfoundland, where he hath found between eight and nine months’ winter, and upon the land nothing but rocks, lakes, or mosses, like bogs, which a man might thrust a spike down to the but-head in, (for so Mr. James, Sir Robert Cotton’s library-keeper, who was sent minister thither some nine years ago, describes the place) his lordship this last summer sent home all his children into England, and went with his lady into Virginia. Being come thither, the governor and council presently sent for him, and interrogated him what his purpose or intention was, being governor of another plantation, to abandon that and to come thus into Virginia? His answer was, he came to plant and inhabit amongst them. “Very willingly, my lord,” said they, “if your lordship will do what we have done, and what your duty is to do.” Then they propounded the oath of allegiance to him, which he presently took, but refused to swear that of supremacy. Whereupon they told him, they durst not admit any man into their society which would not acknowledge all pre-eminences belonging to his majesty; and so prayed him to provide himself for the next ship, wherein they have shipped him home.

About the time of his being there, a certain Indian, dwelling some five days’ journey off, came there, and offered himself, his wife, and four children, wholly to become English both in affection and religion; and to assure them of his fidelity, he conducted their little army this harvest to the secret habitations of the Indians their enemies; upon whose corn and persons, by his guidance, they wrought 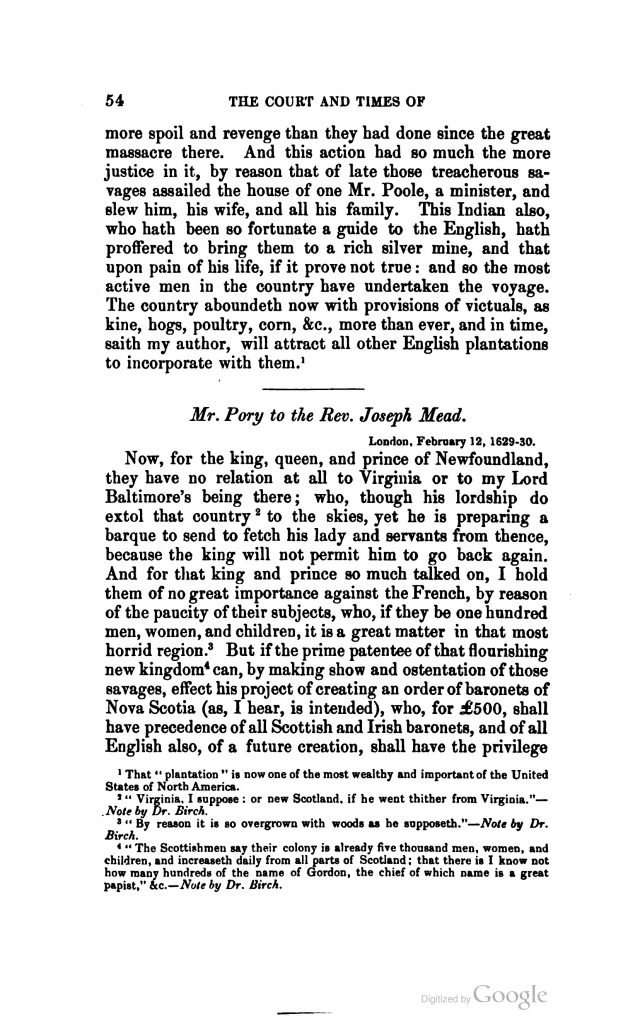 more spoil and revenge than they had done since the great massacre there. And this action had so much the more justice in it, by reason that of late those treacherous savages assailed the house of one Mr. Poole, a minister, and slew him, his wife, and all his family. This Indian also, who hath been so fortunate a guide to the English, hath proffered to bring them to a rich silver mine, and that upon pain of his life, if it prove not true: and so the most active men in the country have undertaken the voyage. The country aboundeth now with provisions of victuals, as kine, hogs, poultry, corn, &c., more than ever, and in time, saith my author, will attract all other English plantations to incorporate them.

Letter from George Thorpe to Sir Edwin Sandys (May 15–16, 1621) An excerpt from A Declaration of the state of the Colonie and Affaires in Virginia (1622) Letter from the Governor’s Council to the Virginia Company of London (January 20, 1623) Letter from Richard Frethorne to His Parents (March 20, April 2–3, 1623) “The massacre upon the two and twentieth of March”; an excerpt from The Generall Historie of Virginia, New-England, and the Summer Isles (1624) Letter from the Governor’s Council to the Earl of Southampton (December 2, 1624) Voyage of Anthony Chester (1707)