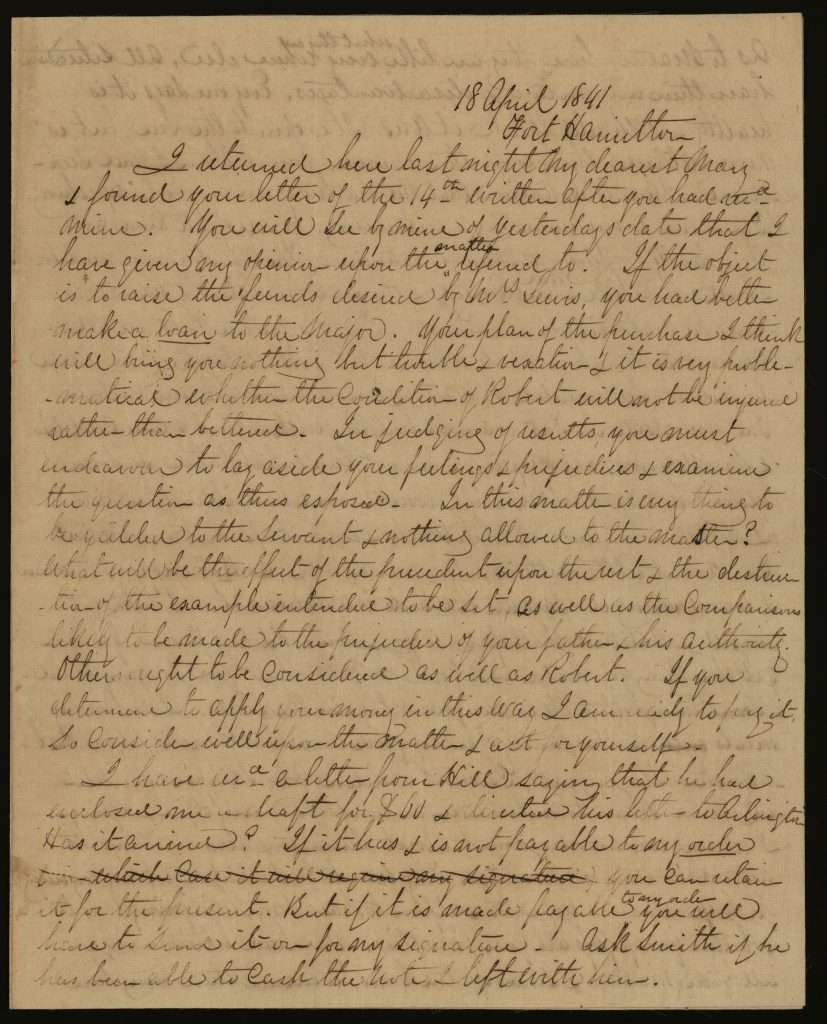 I returned here last night my dearest Mary & found your letter of the 14th written after you had recd mine. You will see by mine of yesterdays date that I have given my opinion upon the matter referred to. If the object is to raise the funds desired by Mrs Lewis, you had better make a loan to the Major. Your plan of the purchase I think will bring you nothing but trouble & vexation & it is very problematical whether the condition ofRobert will not be injured rather than bettered. In judging of results you must endeavor to lay aside your feelings & prejudices & examine the question as thus esposed. In this matter is everything to be yielded to the servant & nothing allowed to the master? What will be the effect of the precedent upon the rest & the instruction of the example intended to be set as well as the comparisons likely to be made to the prejudice of your father & his authority. Others ought to be considered as well as Robert. If you determine to apply your money in this way I am ready to pay it. So consider well upon the matter & act for yourself.

I recd a letter from Hill saying that he had enclosed me a draft for $60 & directed his letter to Arlington. Has it arrived? If it has & is not payable to my order you can retain it for the present. But if it made payable to my order you will have to send it on for my signature. Ask Smith if he has been able to cash the note I left with him. 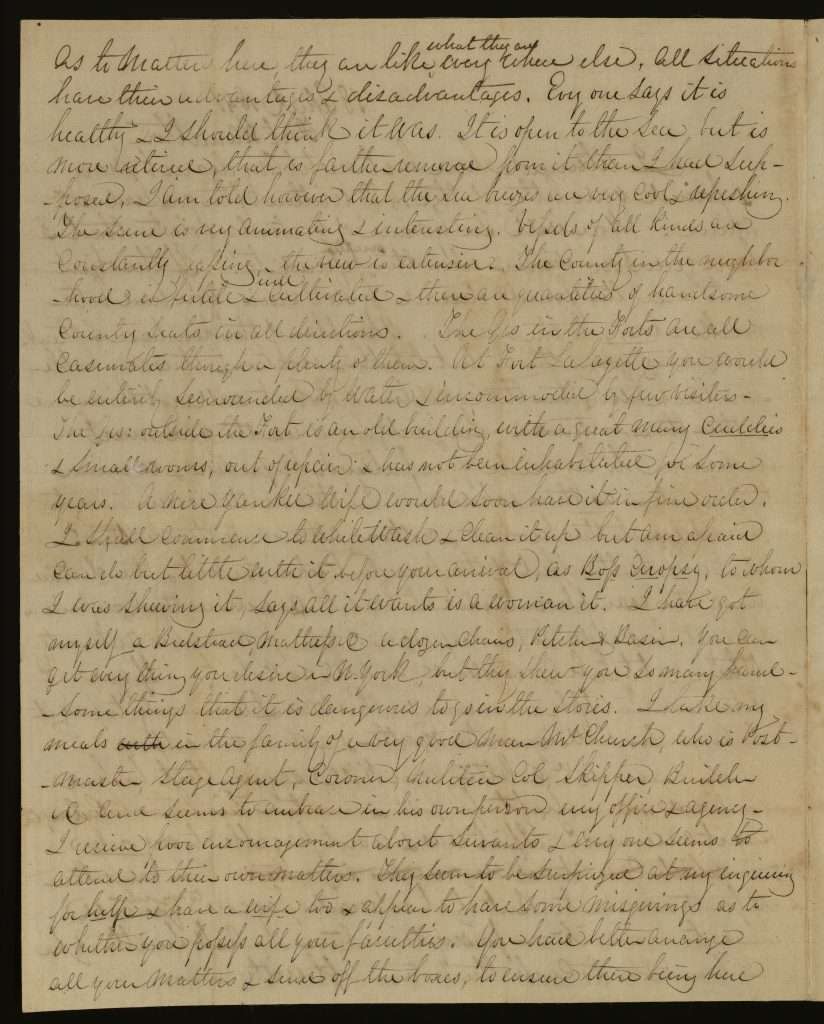 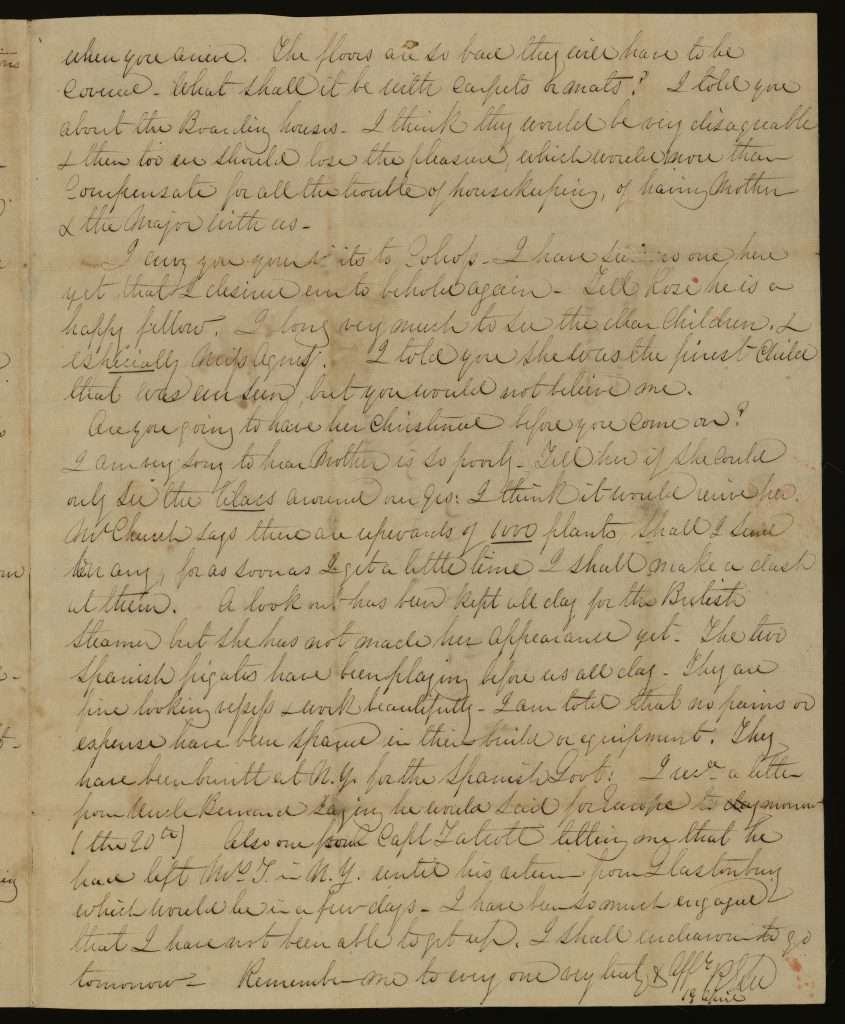 when you arrive. The floors are so bad they will have to be covered. What shall it be with carpets or mats? I told you about the Boarding houses. I think they would be very disagreeable & then too we should lose the pleasure which would more than compensate for all the trouble of housekeeping, of having Mother & the Major with us.

I envy you your visits to Colross. I have seen no one here yet that I desire even to behold again. Tell Rose he is a happy fellow. I long very much to see the dear children, &especially Miss Agnes. I told you that she was the finest child that was ever seen but you would not believe me. Are you going to have her christened before you come on? I am very sorry to hear that Mother is so poorly. Tell her if she could only see the lilacs around our Qrs. I think it would revive her. Mr. Church says there are upwards of 1000plants. Shall I send her any, for as soon as I get a little time I shall make a dash at them. A lookout has been kept all day for the British steamer but she has not made her appearance yet. The tow Spanish frigates have been playing before us all day. They are fine looking vessels & work beautifully. I have been told that no pains or expense have been spared in their build & equipment. They have been built at N.Y. for the Spanish Govt. I recd a letter from Uncle Bernard saying he would sail for Europe tomorrow (the 20th). Also one from Capt. Talcott telling me that he had left Mrs T. in N.Y. until his return from Glastonbury which would be in a few days. I have been so much engaged that I have not been able to get up. I shall endeavor to go tomorrow. Remember me to every one very truly & Affy 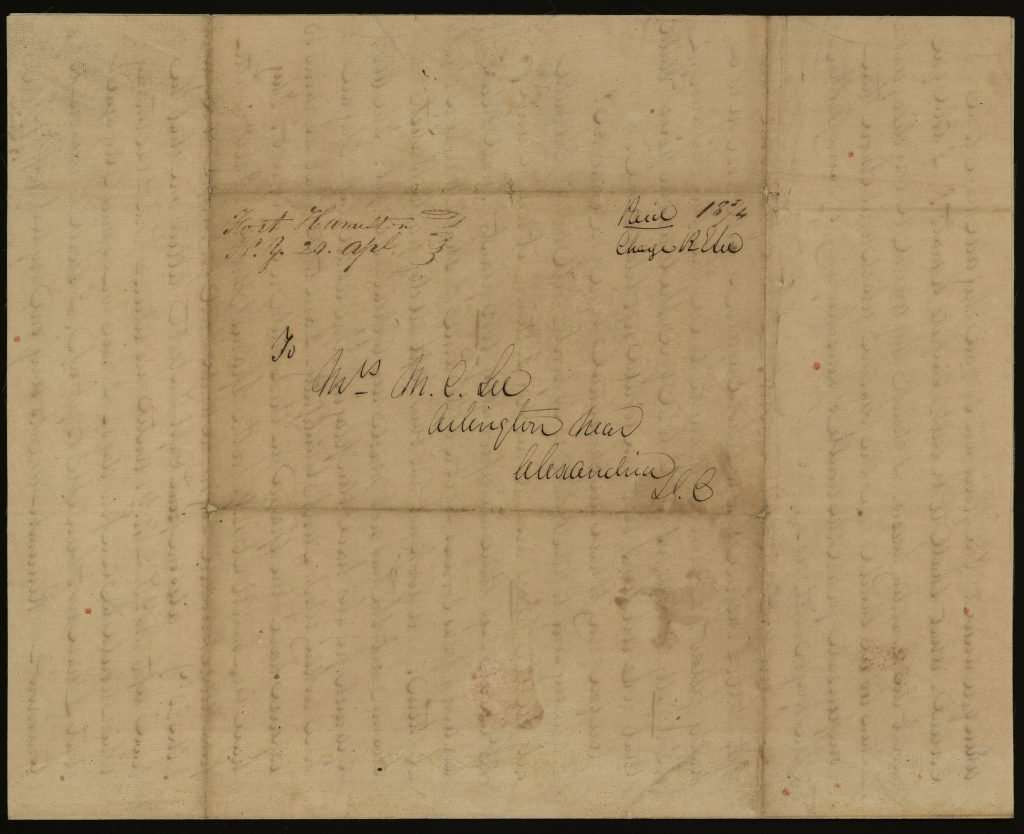