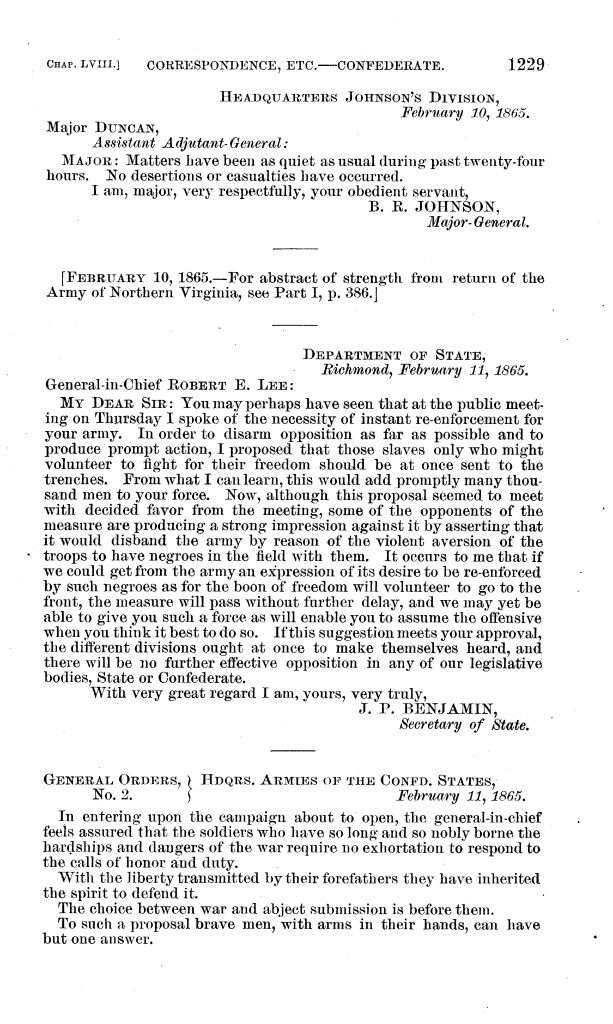 My Dear Sir: You may perhaps have seen that at the public meeting on Thursday I spoke of the necessity of instant re-enforcement for your army. In order to disarm opposition as far as possible and to produce prompt action, I proposed that those slaves only who might volunteer to fight for their freedom should be at once sent to the trenches. From what I can learn, this would add promptly many thou- sand men to your force. Now, although this proposal seemed to meet with decided favor from the meeting, some of the opponents of the measure are producing a strong impression against it by asserting that it would disband the army by reason of the violent aversion of the troops to have negroes in the field with them. It occurs to me that if we could get from the army an expression of its desire to be re-enforced by such negroes as for the boon of freedom will volunteer to go to the front, the measure will pass without further delay, and we may yet be able to give you such a force as will enable you to assume the offensive when you think it best to do so. If this suggestion meets your approval, the different divisions ought at once to make themselves heard, and there will be no further effective opposition in any of our legislative bodies, State or Confederate.

With very great regard I am, yours, very truly,