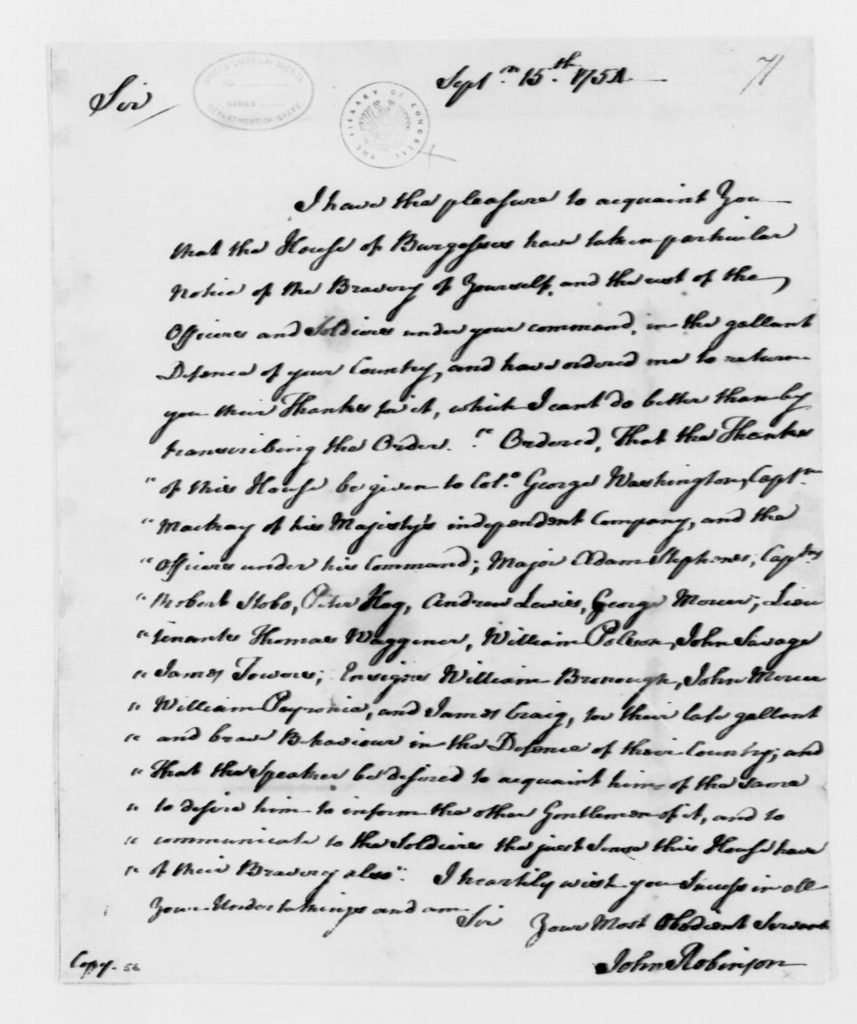 I have the pleasure to acquaint You that the House of Burgesses have taken particular Notice of the Bravery of Yourself, and the rest of the Officers and Soldiers under your command, in the gallant Defense of your Country, and have ordered me to return you their Thanks for it, which I cant do better than by transcribing the Order. “Ordered, That the Thanks of this House be given to Colo. George Washington, Captn Mackay of his Majesty’s independent Company, and the Officers under his Command;1 Major Adam Stephens, Captns Robert Stobo, Peter Hog, Andrew Lewis, George Mercer; Lieutenants Thomas Waggener, William Polson, John Savage[,]James Towers; Ensigns William Bronough, John Mercer[,]William Peyronie, and James Craig, for their late gallant and brave Behaviour in the Defense of their Country; and That the Speaker be desired to acquaint him of the same, to desire him to inform the other Gentlemen of it, and to communicate to the Soldiers the just Sense this House have of their Bravery also.” I heartily wish you Success in all your Undertakings and am Sir Your Most Obedient Servant