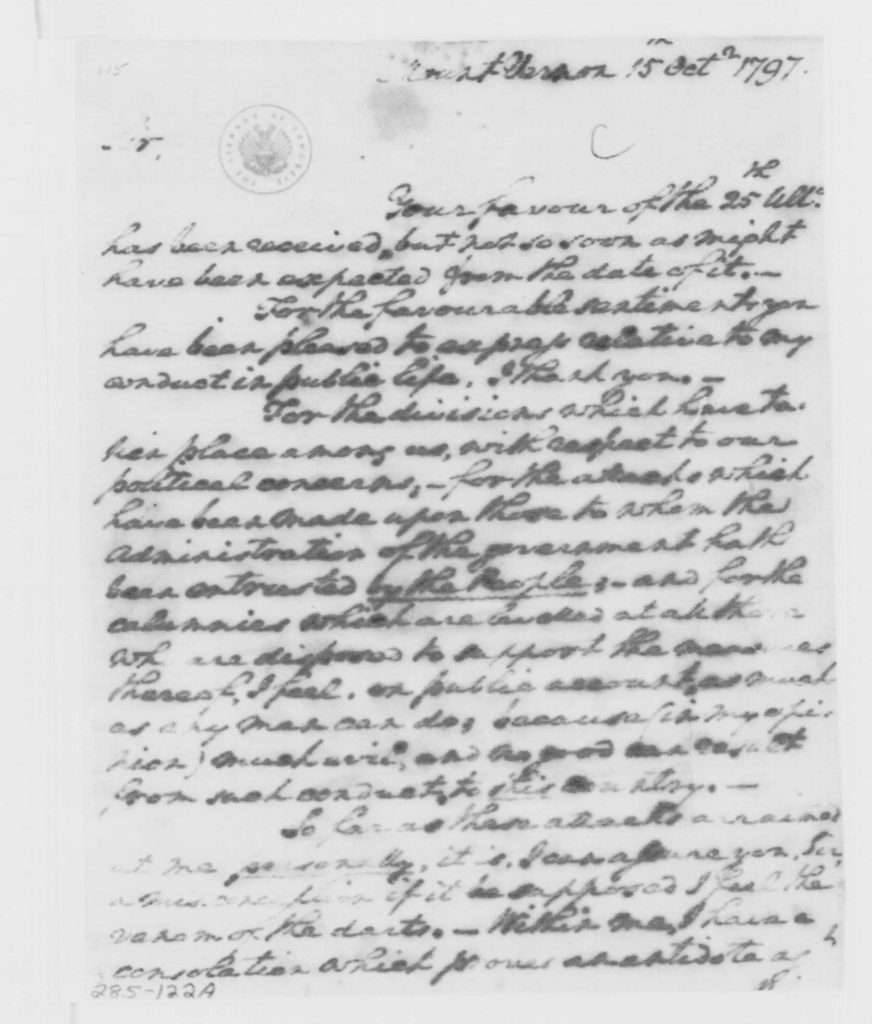 Your favour of the 25th Ulto has been received, but not so soon as might have been expected from the date of it.

For the favourable sentiments you have been pleased to express relative to my conduct in public life, I thank you.

For the divisions which have taken place among us, with respect to our political concerns; for the attacks which have been made upon those to whom the administration of the government hath been entrusted by the People; and for the calumnies which are levelled at all those who are disposed to support the measures thereof, I feel, on public account, as much as any man can do; because (in my opinion) much evil, and no good can result from such conduct, to this country.

So far as these attacks are aimed at me, personally, it is, I can assure you Sir, a mis-conception if it be supposed I feel the venom of the darts. Within me, I have a consolation which proves an antidote agt 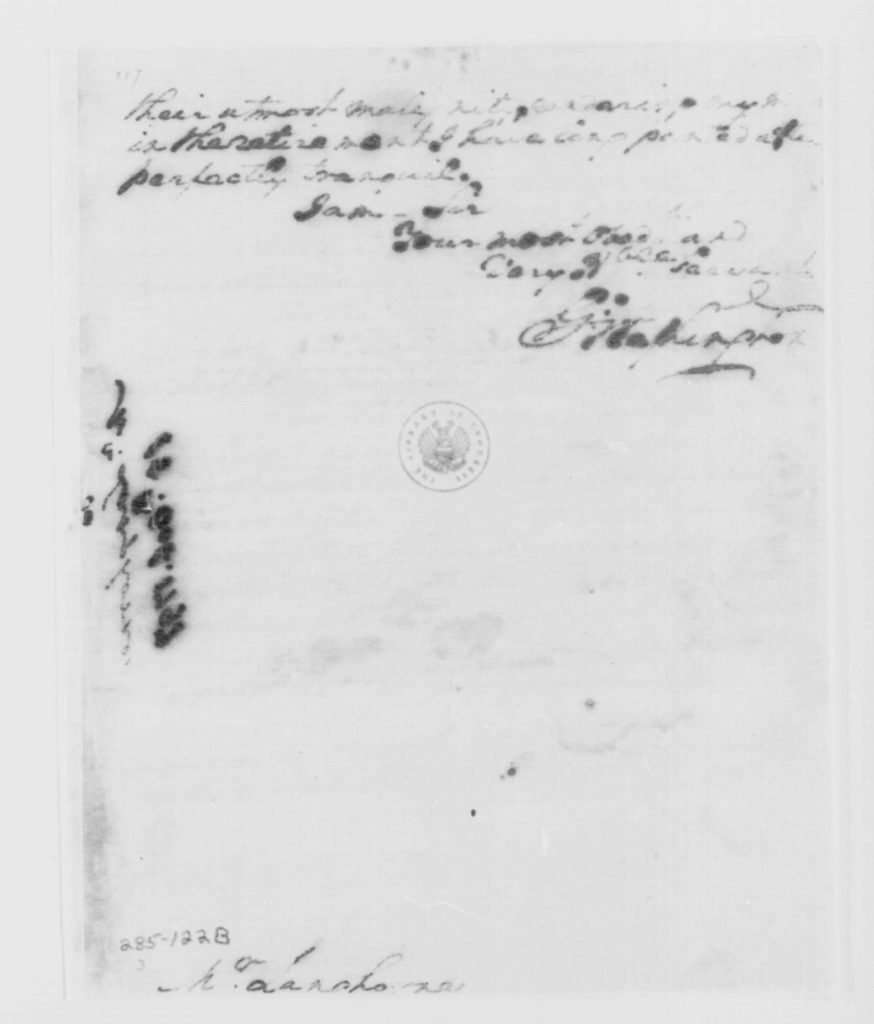 their utmost malignity; rendering my mind in the retirement I have long panted after, perfectly tranquil. I am—Sir Your most Obedt and Very Hble Servant

RELATED CONTENT
Categories:
Type:
MAP
TIMELINE
October 15, 1797
George Washington responds to a letter from John Langhorne that had expressed concern for the former president's well-being in light of alleged aspersions cast upon his character. Washington did not know at the time he wrote the reply that Langhorne was a pseudonym of Peter Carr, who was attempting to provoke an imprudent response from Washington.
FURTHER READING