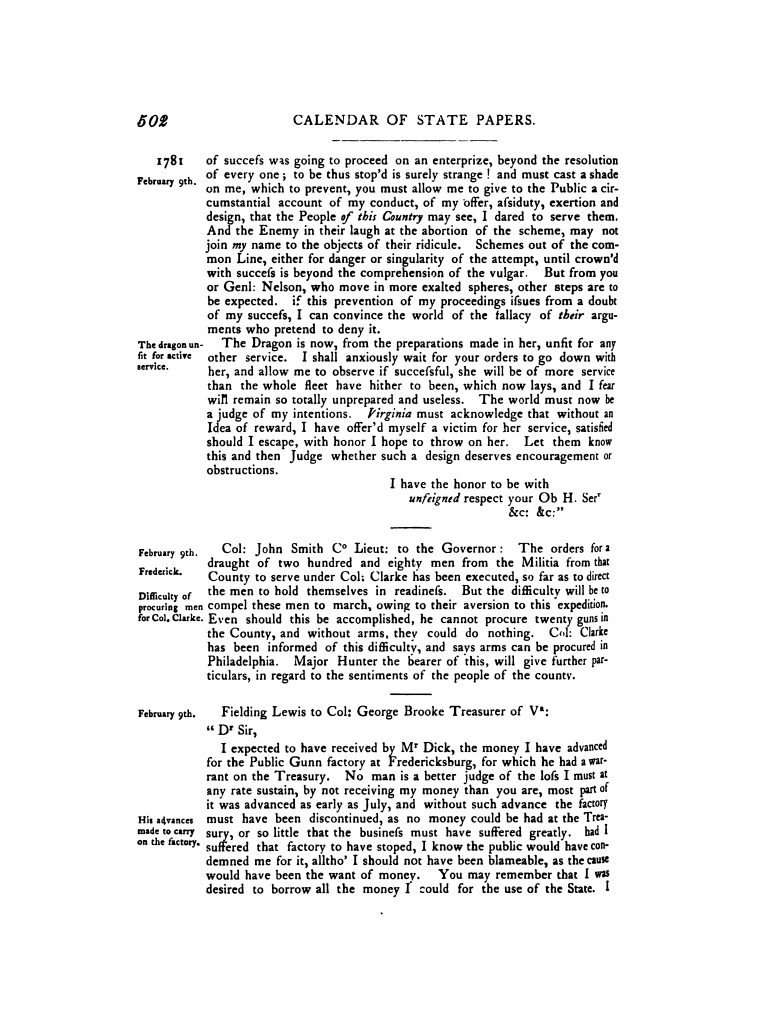 Calendar of Virginia State Papers and Other Manuscripts, 1652—1781, Preserved in the Capitol of Richmond, Volume 1, Page 502

I expected to have received by Mr Dick, the money I have advanced for the Public Gunn factory at Fredericksburg, for which he had a warrant on the Treasury. No man is better judge of the loss I must at any rate sustain, by not receiving my money than you are, most of it was advanced as early as July, and without such advance the factory must have been discontinued, as no money could be had at the Treasury, or so little that the business must have suffered greatly. Had I suffered that the factory to have stoped, I know the public would have condemned me for it, alltho’ I should not have been blameable, as the cause would have been want of money. You may remember that I was desired to borrow all the money I could for the use of the State. I 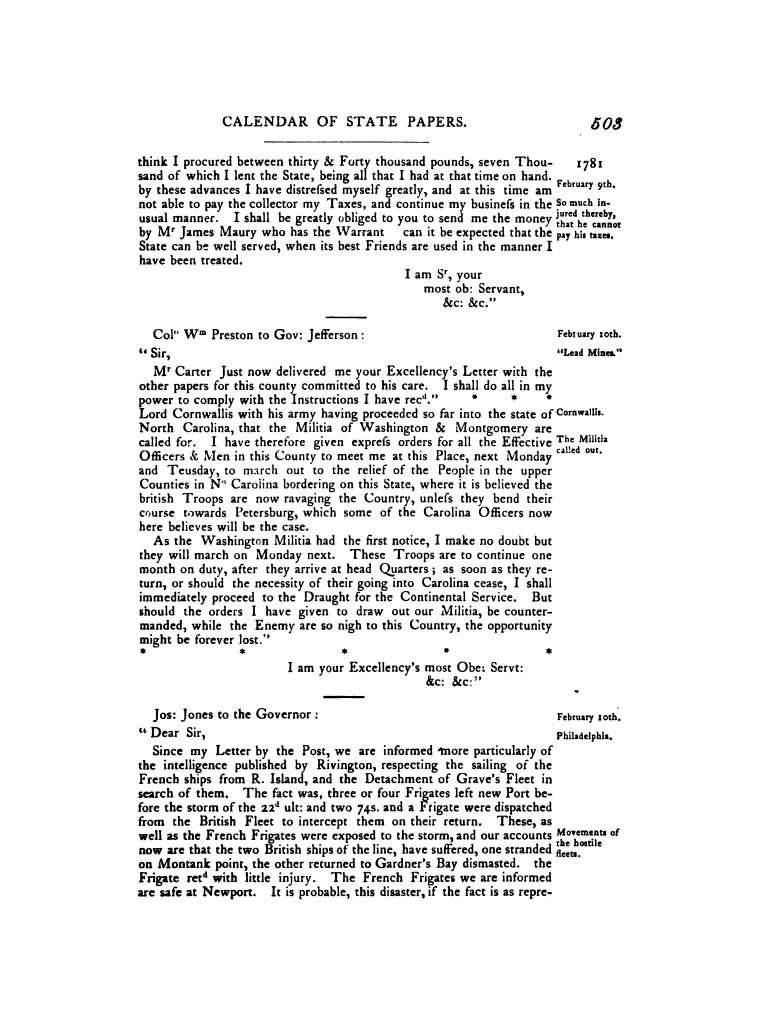 Calendar of Virginia State Papers and Other Manuscripts, 1652—1781, Preserved in the Capitol of Richmond, Volume 1, Page 503

think I procured between thirty & Forty thousand pounds, seven Thousand of which I lent the State, being all that I had at that time on hand, by these advances I have distressed myself greatly, and at this time am not able to pay the collector my Taxes, and continue my business in the usual manner. I shall be greatly obliged to you to send me the money by Mr James Maury who has the Warrant can it be expected that the State can be well served, when its best Friends are used in the manner I have been treated.

RELATED CONTENT
Categories:
Type:
MAP
TIMELINE
February 9, 1781
In a letter to the state treasurer, George Brooke, Fielding Lewis explains that he has borrowed considerable sums for the gun factory in Fredericksburg.
CITE THIS ENTRY