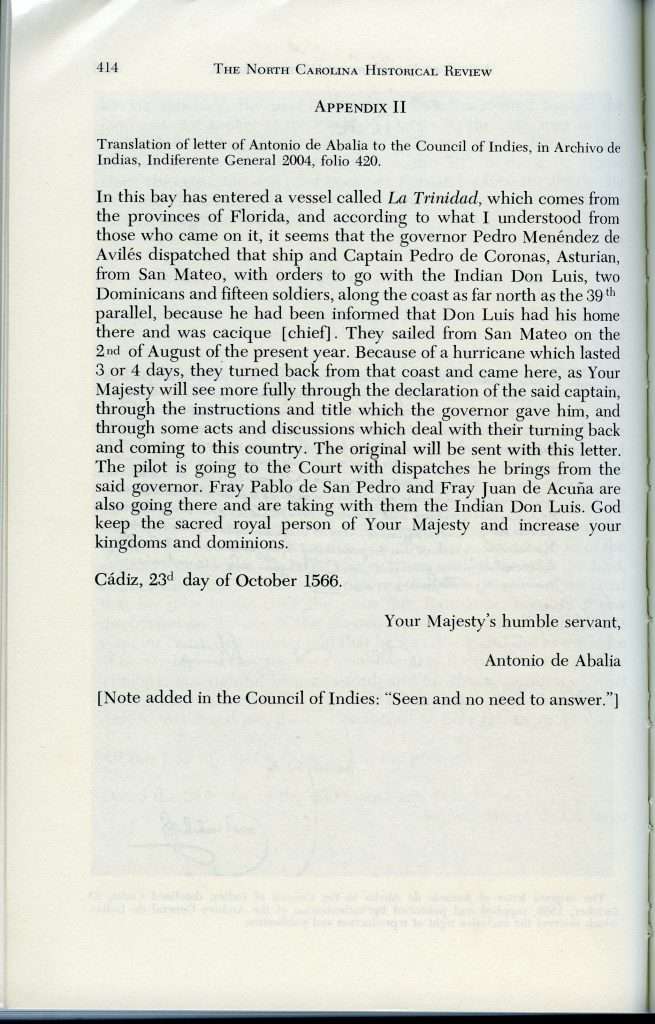 In this bay has entered a vessel called La Trinidad, which comes from the provinces of Florida, and according to what I understood from those who came on it, it seems that the governor Pedro Menéndez de Avilés dispatched that ship and Captain Pedro de Coronas, Asturian, from San Mateo, with orders to go with the Indian Don Luis, two Dominicans and fifteen soldiers, along the coast as far north as the 39th parallel, because he had been informed that Don Luis had his home there and was cacique [chief]. They sailed from San Mateo on the 2nd of August of the present year. Because of a hurricane which lasted 3 or 4 days, they turned back from that coast and came here, as Your Majesty will see more fully through the declaration of the said captain, through the instructions and title which the governor gave him, and through some acts and discussions which deal with their turning back and coming to this country. The original will be sent with this letter. The pilot is going to the Court with dispatches he brings from the said governor. Fray Pablo de San Pedro and Fray Juan de Acuña are also going there and are taking with them the Indian Don Luis. God keep the sacred royal person of Your Majesty and increase your kingdoms and dominions.

[Note added in the Council of Indies: “Seen and no need to answer.”]