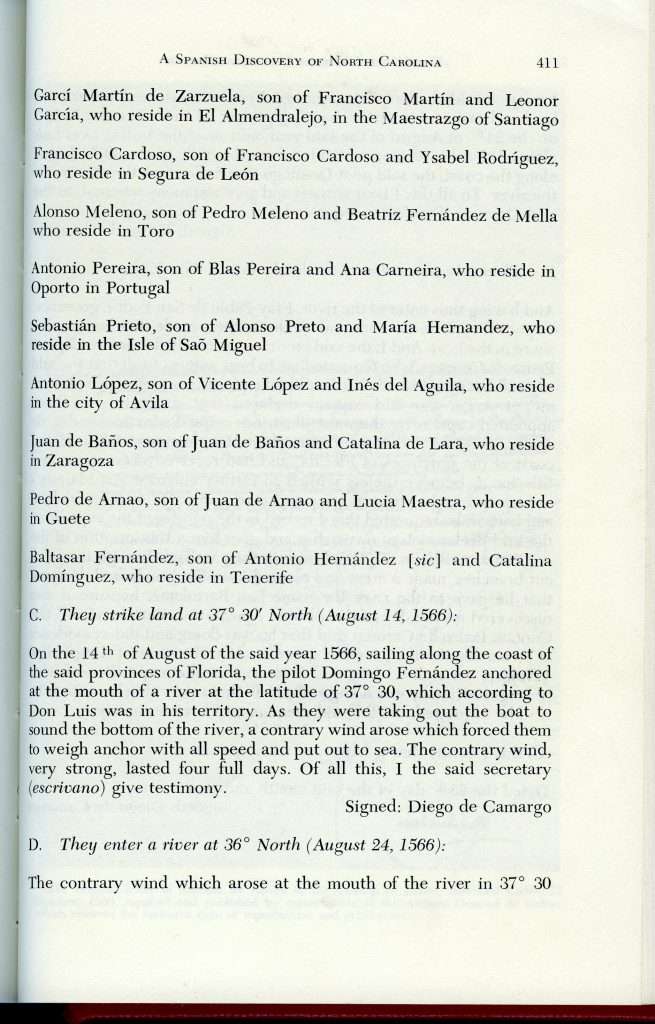 On the 14th of August of the said year 1566, sailing along the coast of the said provinces of Florida, the pilot Domingo Fernández anchored at the mouth of a river at the latitude of 37˚ 30, which according to Don Luis was in his territory. As they were taking out the boat to sound the bottom of the river, a contrary wind arose which forced them to weigh anchor with all speed and put out to sea. The contrary wind, very strong, lasted four full days. Of all this, I the said secretary (escrivano) give testimony.