The plan was Kilpatrick’s. Known as “Kill-Cavalry”—a nickname intended to suggest his daring but also his recklessness—the general hoped to build on the tactical success of his raids around Richmond the previous spring. (The raids had alarmed Richmonders but did little to support Union general Joseph Hooker, who, during the Chancellorsville Campaign, had charged his cavalry with cutting Robert E. Lee‘s supply line. They failed.) Kilpatrick’s proposal would also right the wrongs of several abortive attempts to rescue Union prisoners who, by all accounts, were suffering terribly at Belle Isle and Libby Prison. 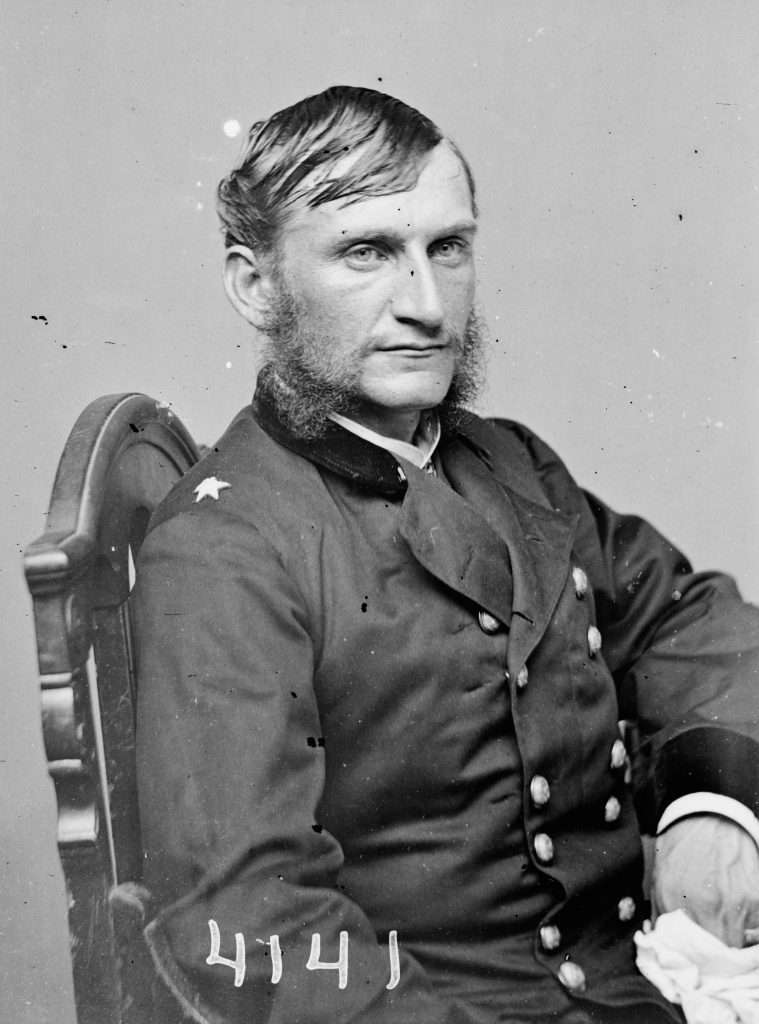 Early in February 1864, Kilpatrick consulted with United States president Abraham Lincoln and the secretary of war, Edwin M. Stanton. He received permission for a raid that, in conjunction with an infantry feint and another cavalry raid near Charlottesville, would approach Richmond from the north, destroying rails, canals, and Confederate infrastructure along the way. On February 23, Kilpatrick met Ulric Dahlgren at a soiree and invited him to join the operation. Dahlgren was the dashing son of Union rear admiral John A. Dahlgren, for whom the Dahlgren gun was named. The younger Dahlgren had lost his right leg at Gettysburg the previous summer but was ready to see more fighting. At the head of a smaller detachment, Dahlgren would swing around Richmond and hit the capital from the south. Kilpatrick wagered his superior, Major General Alfred Pleasonton, five thousand dollars that he would enter Richmond; a day into the raid, he offered to double it. Dahlgren, meanwhile, wrote his father that if all went according to plan, the raid would be “the grandest thing on record.”

Kilpatrick and Dahlgren set out from Stevensburg, Virginia, on the evening of February 28. The following afternoon, Kilpatrick and his detachment of 3,500 men reached Beaver Dam Station and began ripping up rails and destroying Confederate property. They failed, however, to prevent an approaching train from reaching Richmond and spreading the alarm. Confederate home guard units mobilized around the capital, and late that evening Confederate cavalrymen under Major General Wade Hampton set off in pursuit of the raiders. By March 2, after slow progress through sleet, snow, and rain, Kilpatrick reached the inner defensive lines of Richmond. But with no sign of Dahlgren inside the city, Kilpatrick retreated eastward. On the night of March 2, Kilpatrick considered another attack on Richmond, but the arrival of Hampton’s troopers foiled these plans. Some historians have also pointed out that Kilpatrick had made no arrangements for arming, feeding, or transporting the freed prisoners, a fact which may have given him pause. Kilpatrick finally reached the safety of Union lines at Yorktown on March 4. 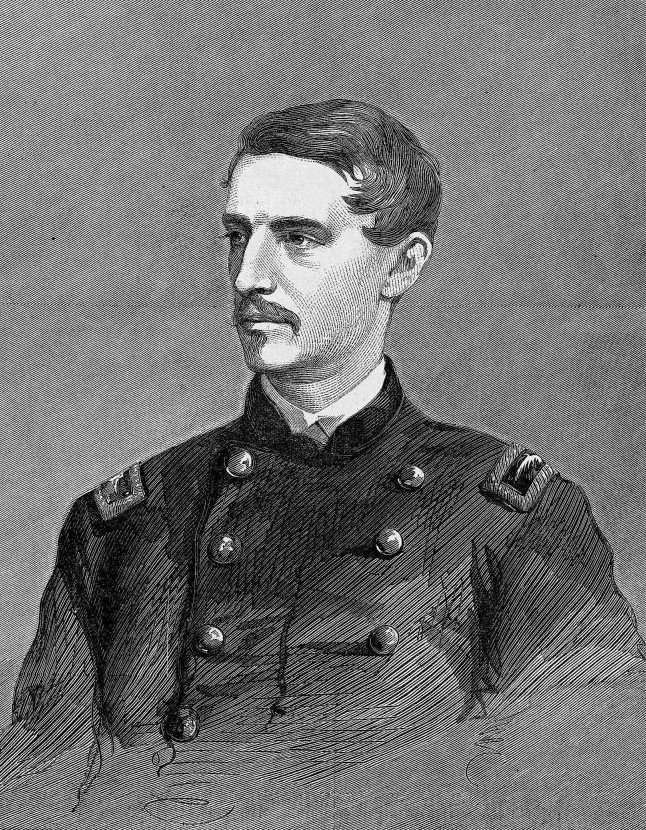 Dahlgren and his detachment of about five hundred men ran into even greater problems. They made it to the James River at Dover Mills but were unable to cross because of recent rains. Dahlgren, however, blamed the setback on his African American guide, Martin Robinson, and hanged the man using the reins of Dahlgren’s horse. After turning to approach Richmond from the east, Dahlgren encountered stiff resistance. He finally retreated toward Union lines on the Peninsula, but Confederate cavalrymen and bushwhackers ambushed and killed him.

The raid accomplished nothing except minor damage to railroads and buildings. The death of Dahlgren, however, led to one of the most controversial episodes of the war. A thirteen-year-old member of Richmond’s home guard discovered on the Union colonel’s body handwritten orders for the burning of Richmond and the assassination of Davis and his cabinet. Outraged Confederate authorities published them in the press, catching Union generals and politicians off guard. Dahlgren’s father, among many others in the North, insisted they were fabrications, while the Richmond Examiner waxed indignant: “The depredations of the last Yankee raiders, and the wantonness of their devastation equal anything heretofore committed during the war.” 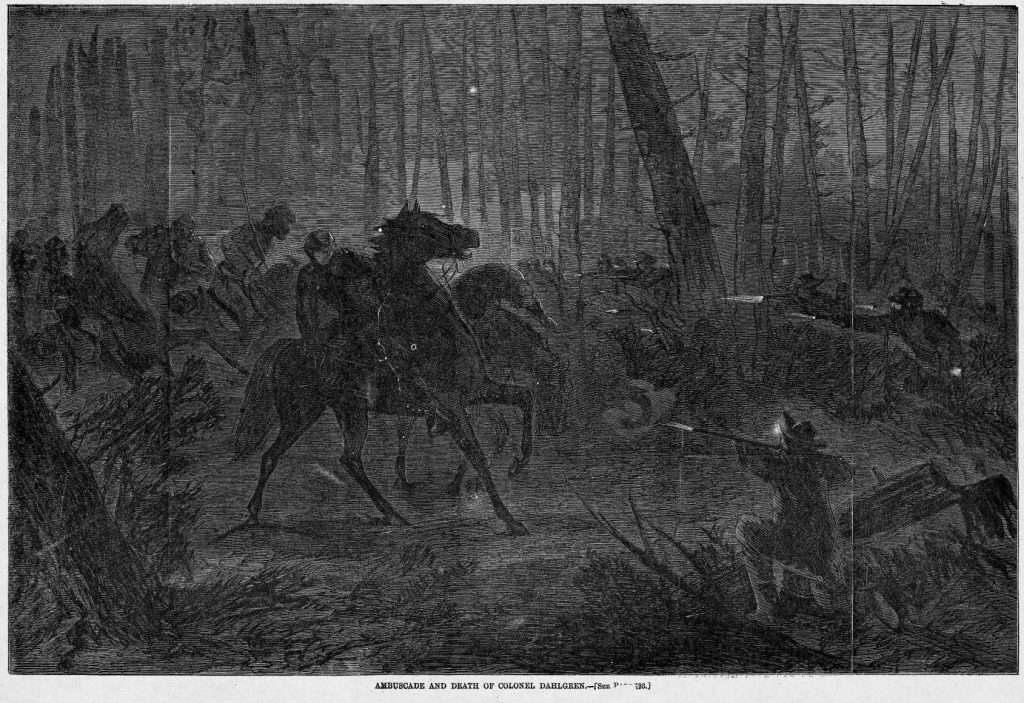 Ambuscade and Death of Colonel Dahlgren

The papers themselves disappeared shortly thereafter. Although the orders seem to have been genuine, it is yet unknown whether they originated with Dahlgren, Kilpatrick, or even Stanton. The historian Stephen W. Sears, in Controversies and Commanders: Dispatches from the Army of the Potomac (2001), argued for the last: “The idea of liberating the maddened prisoners and exhorting them to carry out the death sentences and the pillaging was a masterstroke of rationalization and perfectly in character for the secretary of war.” In any event, Confederate and Union authorities let the matter drop after the commander of the Union’s Army of the Potomac, Major General George G. Meade, assured Lee that Dahlgren’s papers were unsanctioned orders.

Union spy Elizabeth Van Lew assumed Dahlgren’s innocence and, disturbed at what she perceived to be the Confederates’ mistreatment of his corpse, set herself to finding it. Acting on a tip from an African American who witnessed Dahlgren’s secret burial in Oakwood Cemetery, Van Lew and the Richmond underground managed to unearth the body and rebury it in what was, by their lights, a more proper manner. When Confederates agreed to transfer Dahlgren’s remains north to his father, they found the grave empty. “Dahlgren had risen,” exclaimed the Richmond Examiner, “or been resurrected.”