Jones was born free in Petersburg about 1834 and was the son of Lucynthia Jones and Moses Jones, both of whom had been freed before May 1806. Little is known about Jones’s childhood, although he may have received some education and learned to read and write. He was described in the Petersburg Registry of Free Negroes in 1849 as being about fifteen years old, four feet ten and three-quarter inches tall, and with a scar on his left knee and another on the left side of his right foot. The physical description of him in the register seven years later, when he was about twenty-two, is similar except that he has grown to a height of five feet five and one-half inches tall. In 1857 Jones acquired a plot of land in Petersburg for $300. Property ownership was unusual for free African Americans generally but less so in Petersburg, which had the largest free black population in Virginia.

Jones’s activities during the Civil War are not known. Within two months of Petersburg’s capture by the Union Army of the Potomac, he joined other African Americans in calling publicly for equal rights, first at a May 1865 meeting in Petersburg and again at an August 1865 Convention for the Colored People of Virginia, in Alexandria. At the Alexandria convention, Jones urged blacks to become self-sufficient and emphasized that the government would provide assistance if they helped themselves. A fervent advocate for black suffrage and unity, Jones declared that “I will exert myself to secure the right of franchise in every way that is honorable and just, and, if I die in the attempt, my children will reverence me for it the more, and, I hope, profit by my death.”

About 1867 Jones moved to Greensville County, where he was later recorded as working as a carpenter. As required by the Reconstruction Acts passed by Congress in 1867, Virginia held a convention to rewrite its state constitution. On October 22, 1867, in the first election in which African Americans in Virginia voted, Jones was elected to represent the district of Greensville and Sussex counties with 1,349 votes out of 2,104 cast. Only five white men voted for Jones, the Republican Party’s candidate. The convention opened in Richmond on December 3, 1867, and on the second day he voted with the majority to elect the radical Republican John C. Underwood president. Jones served on the Committee on the Preamble and Bill of Rights and Division of the Powers of Government.

Noted for his intelligence by Virginia’s military commander John M. Schofield, Jones was an outspoken proponent for the rights of African Americans. He offered several resolutions, including an unsuccessful one to prohibit racial segregation on public transportation. He also requested that the Committee on the Legislative Department consider imprisonment and permanent disfranchisement as appropriate penalties for malfeasance by state officials. A member of the convention’s radical faction, Jones voted in favor of granting the vote to African American men and against segregating public schools. He endorsed a resolution to prevent supporters of the Confederacy from holding public office in Virginia and also favored an unsuccessful proposal to disfranchise white men who had voted for secessionist delegates to the Convention of 1861. He voted in favor of the constitution when it passed on April 17, 1868.

When Virginians voted on July 6, 1869, to ratify the new constitution, Greensville County voters also elected Jones to a two-year term in the House of Delegates. Described in newspapers as a radical Republican, he defeated his white opponent by a vote of 755 to 337. Jones was not present when the delegates ratified the Fourteenth and Fifteenth amendments to the U.S. Constitution at a short session in October 1869.

When the second session met in January 1870, he was assigned to the prestigious Committee of Privileges and Elections. He suffered an injury on April 27, 1870, when the floor of Virginia’s Capitol collapsed, killing approximately sixty people. During the session he twice requested that House committees report a bill to protect the rights of African Americans on such public transportation as steamboats and railroads. He also joined other black delegates in supporting an amendment that would have removed the segregation requirement from the bill establishing the new public school system. The amendment was defeated and unlike most of the other African American delegates, Jones voted for the final bill, which required separate schools. In March 1871, he joined the majority in approving the Funding Act that pledged to pay Virginia’s antebellum public debt at 6 percent interest and which later had a disastrous effect on the state’s finances.

Facing only token opposition in November 1871, Jones easily won reelection to the assembly. He again sat on the Committee of Privileges and Elections, which investigated two disputed elections during the first session. He continued to advocate legislation to protect Virginians’ civil rights, but his proposals did not advance. In March 1873 Jones and other African American and Republican delegates protested vigorously when the assembly elected new county court judges shortly before the session closed. They argued unsuccessfully that the next General Assembly had the constitutional responsibility to elect new judges, perhaps in the hope that Republicans could win control of the assembly in the upcoming election. 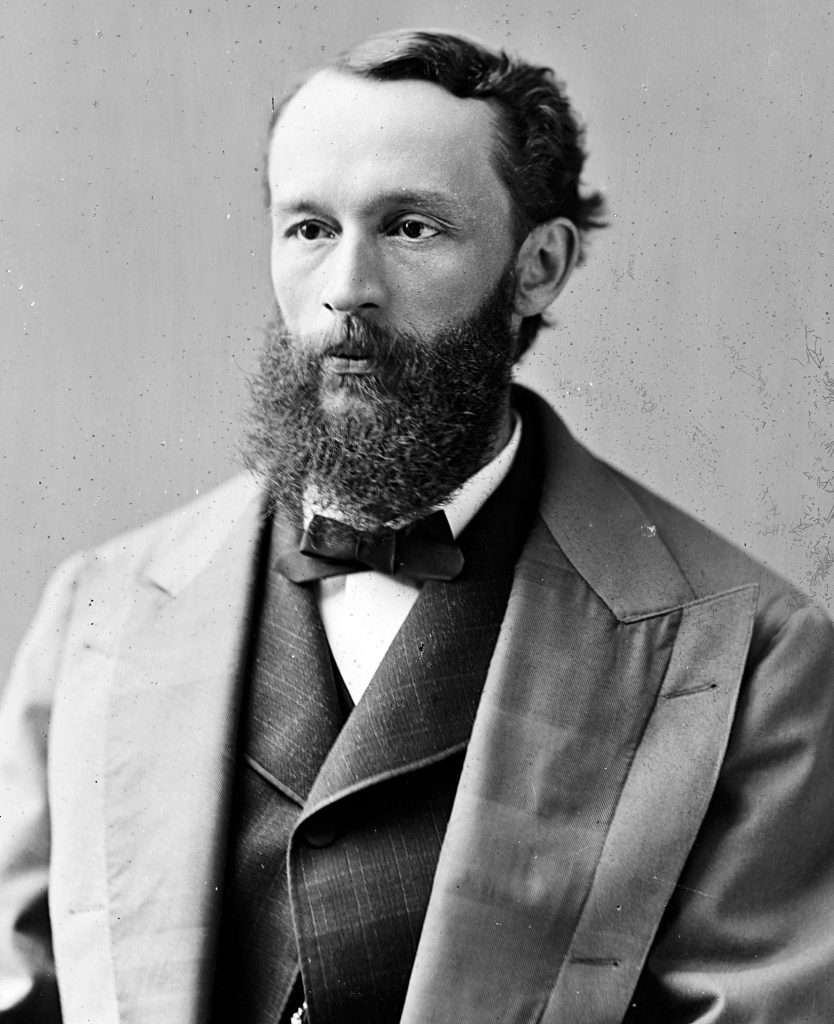 While serving in the assembly, Jones participated in Republican Party functions, including local and state conventions. In 1872 he was a key supporter in William H. H. Stowell‘s campaign to be the Republican nominee for the Fourth Congressional District. After attending the 1873 state convention that nominated the party’s candidate for governor, Jones appealed to poor white men to vote for Republicans, arguing that the party’s beliefs were in the interest of both white and black Virginians.

That year he easily defeated his Conservative opponent to return to the House of Delegates, garnering 63 percent of the vote. Conservatives cast doubt on his status as a resident of Greensville, however, stating that he lived in the city of Richmond, where he had purchased property in 1871 and 1872. Jones’s opponent challenged the result and Jones admitted that he had paid his poll tax in Richmond, not realizing that it could affect his residency in Greensville. The General Assembly unseated Jones by a close vote on January 28, 1874, despite the attempts of some prominent Conservatives to defend him.

Jones won the special election on February 17, but the residency dispute emerged again. This time the assembly seated him. He again served on the Committee of Privileges and Elections and was also named to the Committee of Officers and Offices at the Capitol. Jones enjoyed the respect of his colleagues, several of whom had attended his wedding. A widower whose first wife’s name is not known, Jones married Mary Ann E. Hope in Richmond on December 18, 1872. They had at least two daughters and two sons.

Jones won reelection by a two-to-one margin on November 6, 1875. During his final two-year term, he retained the same committee assignments. He attempted to have the Richmond Evening Journal‘s reporter barred from the House floor in 1876, in part because the newspaper rendered his speeches in an uneducated dialect. Jones was not a candidate for reelection in 1877, by which time he was living in Richmond. He moved to Washington, D.C., by 1881, when he was employed as a watchman at the federal pension office.

He continued his work in support of the rights and interests of African Americans and of the Republican Party. Writing to the Washington, D.C., People’s Advocate in May 1881, he urged African American voters to consider carefully how to vote in that year’s election for state officers. He cautioned that the Readjusters, a new biracial party that advocated refinancing Virginia’s public debt at a lower rate of interest in order to fund public schools, did not always live up to their promises. Later that year, however, he campaigned in Greensville for the Readjusters.

A member of the Washington-based Virginia Republican League, Jones served as its second vice president in 1888–1889, first vice president in 1889–1890, and recording secretary in 1890–1891. He was one of the organization’s representatives who met with President Benjamin Harrison in March 1889 about the distribution of patronage offices in Virginia. In February 1890 he attended a national convention of African Americans who met in Washington to protest the suppression of their civil and political rights and to call on Congress to pass legislation protecting them. Two months later Jones, who had returned to working as a carpenter, was fined $10 for attempting to lure an attorney’s client to another lawyer. 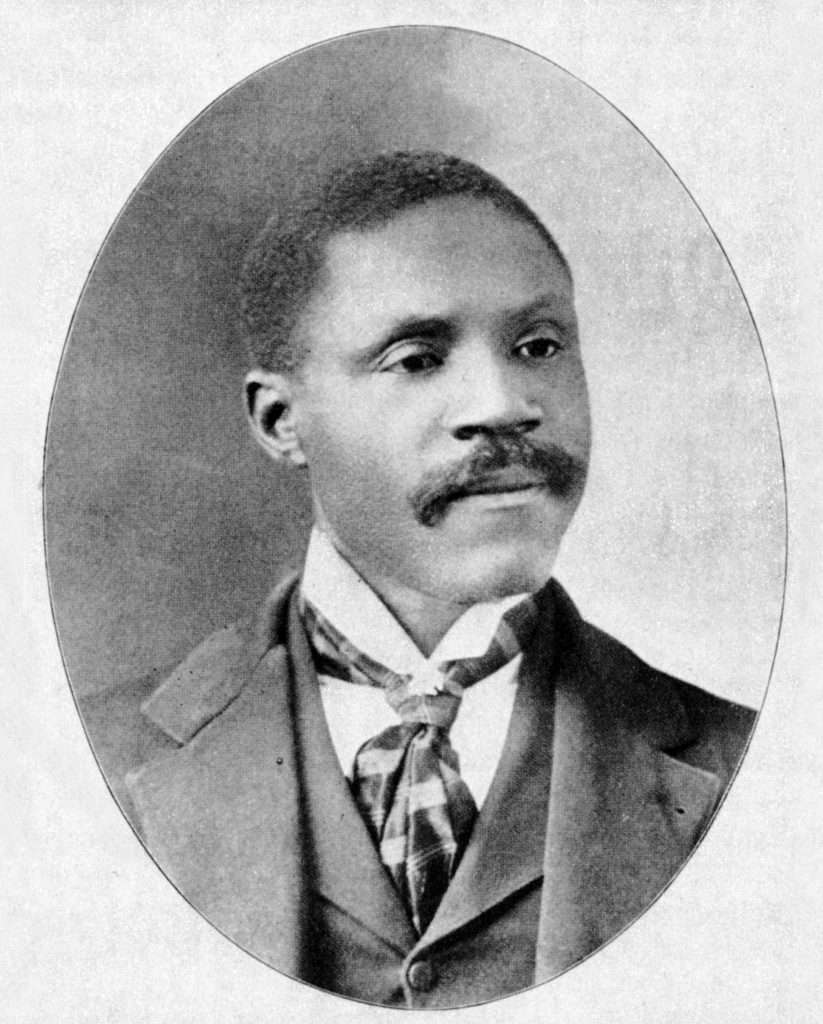 He continued to speak out, in 1894 urging African Americans not to depend on whites for help, but to achieve their own economic success. That year he was vice president of a local club that backed the reelection campaign of South Carolinian George Washington Murray, the only African American congressman at the time.

Jones died in Washington, D.C., on December 6, 1895, and a memorial service was held on December 22 at the city’s Second Baptist Church. He was buried at Payne’s Cemetery, but was reinterred at National Harmony Memorial Park, in Hyattsville, Maryland, when the cemetery was moved in 1969.