Devereux Jarratt was born in New Kent County on January 6, 1733, the youngest child of Robert and Sarah Jarratt. His father was a carpenter and builder, and as Jarratt wrote in his posthumously published autobiography, The Life of the Reverend Devereux Jarrett (1806), “None of my ancestors, on either side, were either rich or great, but had the character of honesty and industry.” Robert Jarratt died when Devereux Jarratt was six or seven years old. Jarratt’s modest background and relatively strict piety put him at odds with the dominant planter class, or at least Jarratt presented it that way in his autobiography. But Jarratt’s wife, Martha Claiborne, came from a wealthy family, and Jarratt himself came to own a 640-acre plantation and twenty-four slaves.

Jarratt’s parents raised him in the Anglican faith, even requiring him to memorize the church catechism. But Jarratt described himself as a dissolute youth, engaging in “all the indulgences a depraved nature and an evil heart could desire.” He relished the traditional pastimes of colonial Virginia and took care of his brother’s racehorses and gamecocks. He rarely went to church, and, even when he did, he hardly profited from it, as “the parish minister was but a poor preacher—very unapt to teach or even to gain the attention of an audience,” he wrote. The parson was terribly near-sighted and held his prepared text in front of his face when he preached.

Jarratt was working as a schoolmaster in Albemarle County when he experienced a spiritual breakthrough while under the influence of a Presbyterian family with whom he was staying in 1753. The woman of the family encouraged Jarratt to read evangelical devotional texts, and he soon realized that he needed to be “born again,” in the language of the Gospel of John, in order to be delivered from God’s judgment. After a season of spiritual wrestling, Jarratt experienced a classic conversion: “I was blessed with faith to believe,” he wrote, “not one [Bible] promise only, but all the promises of the gospel with joy unspeakable and full of glory … The comforts I then felt, were beyond expression, and far superior to any thing I had ever known before that memorable hour.” 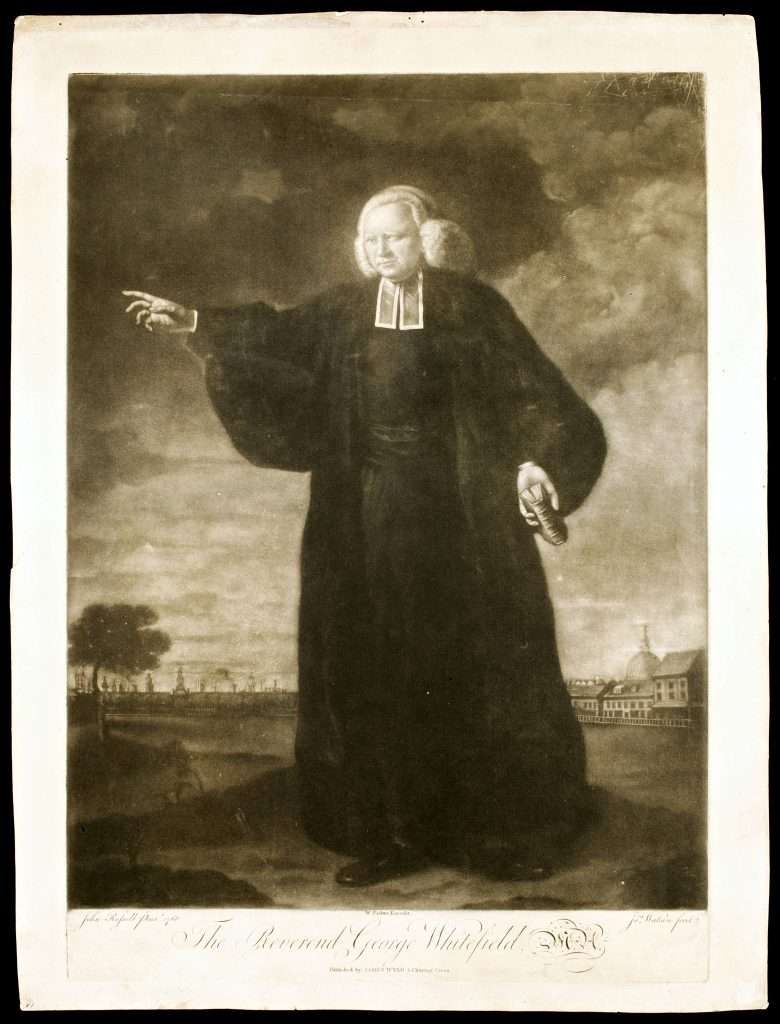 Jarratt began working as a lay minister and considered pursuing a pastoral career. He originally thought he would become a Presbyterian minister, because his conversion happened through that denomination. As he reflected on the matter, however, he decided to pursue ordination in the Anglican Church, the church of his youth, in order to foster evangelical reform there. He noted that the celebrated revivalists John Wesley and George Whitefield had remained within the Anglican communion (only later would Wesley’s Methodism become a separate denomination), and his favorite Christian author was the Anglican minister James Hervey, who along with Whitefield had been part of Wesley’s “Holy Club” at Oxford in the 1730s. So in 1762 Jarratt departed for England. Because there was no resident Anglican bishop in America yet, all colonists who wished to receive Anglican ordination had to go to England. He returned to Virginia nine months later and assumed the pulpit of the parish of Bath.

At Bath, Jarratt had his work cut out for him: “I found the principles of the gospel—the nature and condition of man—the plan of salvation through Christ—and the nature and necessity of spiritual regeneration, as little known and thought of, as if the people had never a church or heard a sermon in their lives.” According to Jarratt, his gospel preaching among the parishioners generated a perplexed response: “‘We have had many ministers … but we never heard any thing, till now, of conversion, the new birth, &c. … This new man of ours brings strange things to our ears.'” His staid clerical colleagues in the Anglican Church were none too pleased, calling him “an enthusiast, fanatic, visionary, dissenter, Presbyterian, madman, and what not.” Jarratt’s preaching produced converts at Bath, and he also began to itinerate, speaking throughout central Virginia and in parts of North Carolina.

In 1773, Jarratt partnered for the first time with Wesleyan Methodists, including Robert Williams, who initiated the Methodists’ work in Virginia. Toward the end of 1775, Jarratt’s preaching, combined with the Methodists’, helped to precipitate a major revival, “as great as perhaps ever was known, in country places, in so short a time,” Jarratt wrote. At one revival meeting in May 1776 (just as Virginia was preparing to declare independence from Britain, on May 15), “the power of the Lord came down on the Assembly, like a rushing, mighty wind; and it seemed as if the whole House was filled with the presence of God. A flame kindled and ran heart to heart,” he wrote. Several hundred Virginians experienced conversion as news spread of this particular meeting. Jarratt estimated that the revival touched at least seven or eight of Virginia’s fifty-two counties (by 1778, Methodists estimated that fourteen counties had been influenced). The revival captured everyone’s attention, while the “unhappy disputes between England and her Colonies, which just before had ingrossed all our conversation, seemed now in most companies to be forgot,” Jarratt recalled. 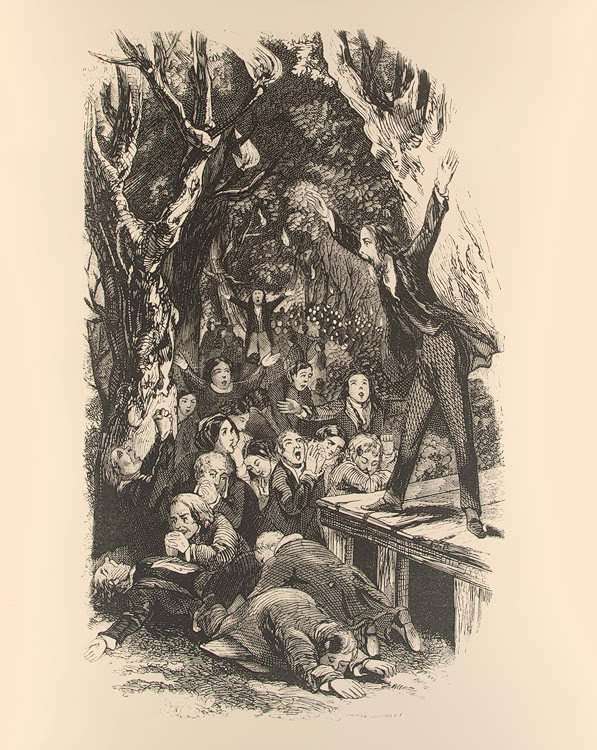 Some of the revival assemblies became charged with fervent emotion, Jarratt wrote: “Some wept for grief; others shouted for joy … the people shouting with a great shout, so that it might be heard afar off.” Occasionally, penitents stayed at the chapel all night long, praying and singing. Sometimes the meetings seemed to descend into chaos, with different people speaking all over the chapel, and some falling into catatonic trances. Jarratt, like many moderate evangelicals, was afraid that attendees might seem more like a “drunken rabble, than the worshippers of God.” But he accepted the emotionalism, in general, as an unfortunate by-product of real revival.

The awakening also featured mixed-race assemblies. One Methodist itinerant, Thomas Rankin, recorded that at one meeting, “hundreds fell to the ground, and the house seemed to shake with the presence of God. The Chapel was full of White and Black.” Hundreds of African Americans attended the meetings along with whites, although Rankin once noted that “in general, the White People were within the Chapel, and the Black People without.” Standing-room-only meetings meant that blacks had to stand and listen at the windows.

Methodists calculated that before the revival, 2,600 people belonged to their churches in the Chesapeake region; the 1776 revival, however, added 1,800 people to their denomination in one year, and perhaps 1,000 of these were new converts. Future Methodist bishop Francis Asbury wrote in 1781 that he believed more Virginians had converted under Jarratt’s ministry than any other preacher in the state. The news of the revival generated attention in England, even during the American Revolution (1775–1783). Jarratt’s book A Brief Narrative of the Revival of Religion in Virginia was published in London and went through four editions there in 1778 and 1779. 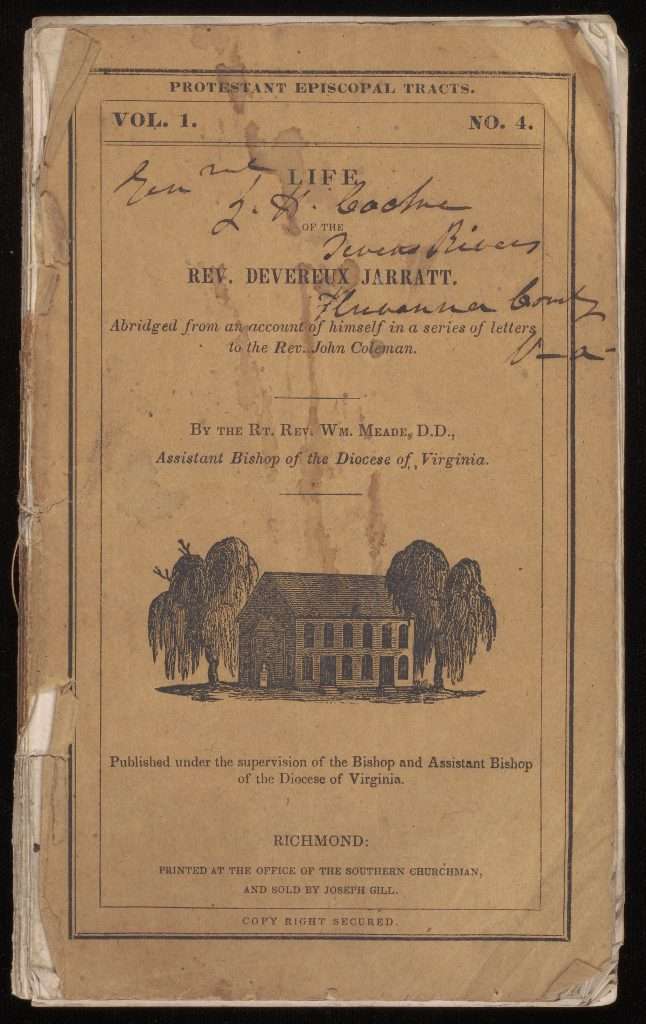 Life of the Rev. Devereux Jarratt.

Jarratt never replicated the fabulous successes of the 1770s, and by the 1790s he had become increasingly isolated due to feuds with Methodist and Anglican leaders and health problems, including the cancer that would ultimately lead to his death in 1801. “I am become like a sparrow sitting alone upon the house top,” he wrote in 1794. Jarratt’s autobiography, The Life of the Reverend Devereux Jarratt, was published in Baltimore, Maryland, in 1806. It is highly regarded by historians; Douglass Adair called it the “most interesting autobiography written in eighteenth-century Virginia.”