Organizers wanted the Jamestown Festival to make a lasting contribution to the preservation and appreciation of Virginia’s heritage. They sponsored extensive archival and archaeological research that provided a more complete picture of life in seventeenth-century Virginia. Projects included microfilming colonial documents from England, publishing a series of thirty-two historical booklets about the colony written by prominent scholars, excavating part of the town on Jamestown Island (though without locating the original fort), and completing a parkway that connected Jamestown, Colonial Williamsburg, and Yorktown. 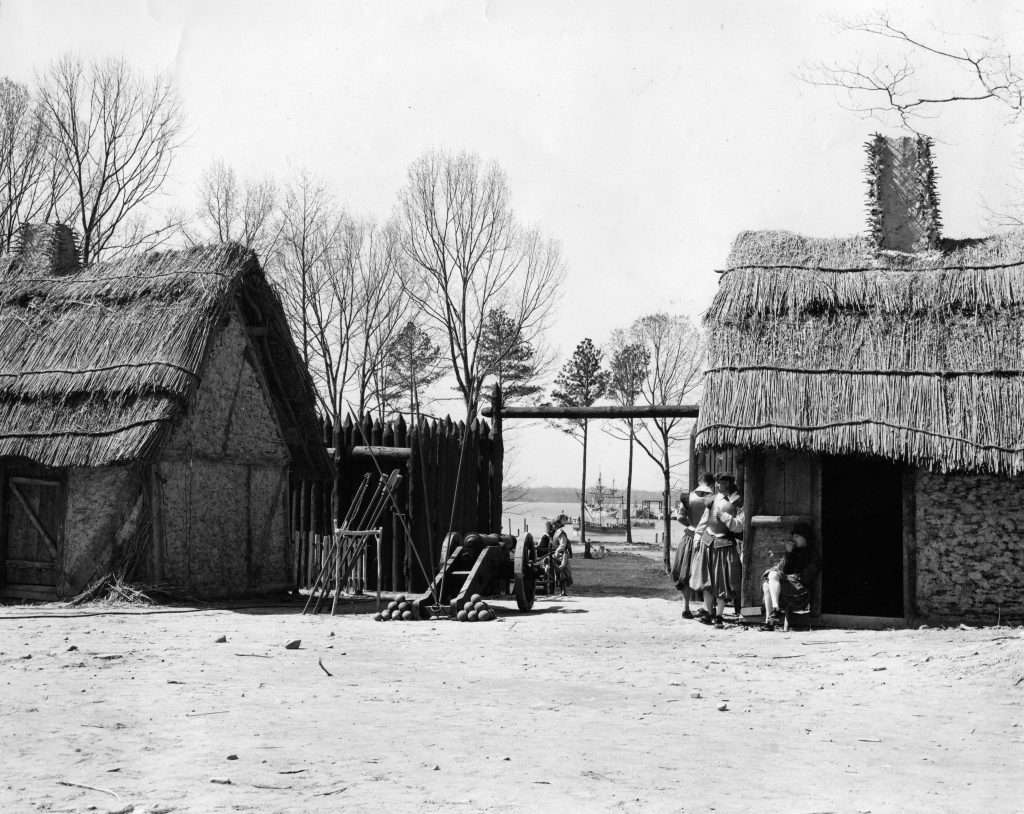 The festival itself consisted of a series of events—speeches, historical reenactments, military demonstrations, concerts, and exhibitions—held throughout the state. As a centerpiece, the commission built a new state historical park, Jamestown Festival Park (now Jamestown Settlement), on a point of land within sight of Jamestown Island. Designed as a living-history museum, it featured re-creations of James Fort, the three ships that brought the first settlers, and a Native American village called “Powhatan‘s Lodge,” all staffed by costumed interpreters. The new park provided a more detailed presentation of the past, demonstrating everyday aspects of colonial life such as what people ate, how they dressed, the types of homes they lived in, and the crops they grew. Efforts were also made to provide more information about the culture of Virginia Indians, and some members of the Rappahannock tribe worked as interpreters at the park.

Despite this new research, however, the festival still presented the history of the colony from the perspective of the white, male English settlers. Anniversary events and exhibitions portrayed them as pioneers who brought civilization to the wilderness, and established traditions of representative government, religion, free enterprise, and independence in the United States. The experience of African Americans, and the origins of slavery and its central role in the development of the colony, received little attention or representation.

The 350th anniversary of Jamestown took place during a period of social, cultural, and political upheaval. The United States was engaged in the Cold War with the Soviet Union as well as in the midst of the civil rights movement. Virginia’s state government had adopted the policy of Massive Resistance in 1956 in reaction to the United States Supreme Court’s 1954 ruling against segregation in public schools in the case of Brown v. Board of Education of Topeka, Kansas. Historians argue that these events influenced the festival’s celebratory interpretation of colonial history.