Louis Isaac Jaffé was born, apparently in Detroit, Michigan, to Philip and Lotta Jaffe, orthodox Jewish immigrants from Lithuania. Around 1895 the Jaffes moved to Durham, North Carolina, where they operated a series of marginal businesses. Their residency in the thriving textile and tobacco town enabled their son to receive an excellent education at Durham High School and later at Trinity College (now Duke University), where he edited the campus newspaper. 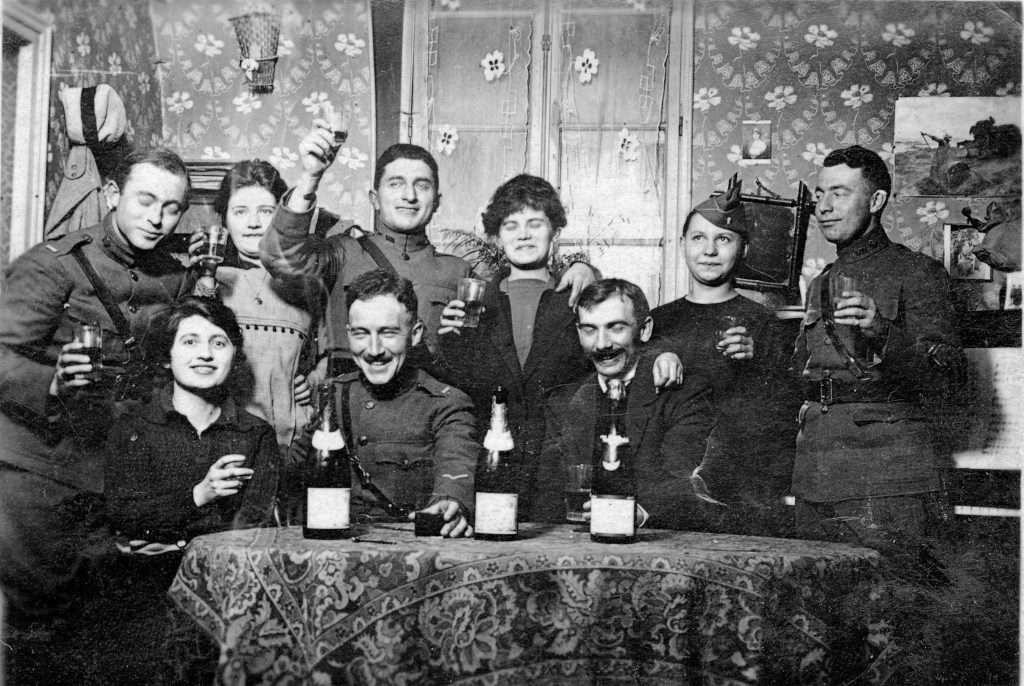 After earning his bachelor’s degree in 1911, Jaffé joined the Richmond Times-Dispatch. There he became a political writer and assistant city editor, developing friendships with publisher John Stewart Bryan and editorial writer Douglas Southall Freeman, who later became editor of the Richmond News Leader.

Immediately following America’s entry into World War I (1914–1918), Jaffé volunteered for military service. As a second lieutenant in the Army’s Service of Supply, he was stationed in France. Following the armistice, he received an appointment as a captain in the American Red Cross. A three-month inspection trip of the Balkan Peninsula for that organization exposed him to the war’s devastation. He subsequently served in Paris as director of the American Red Cross News Service’s European bureau. 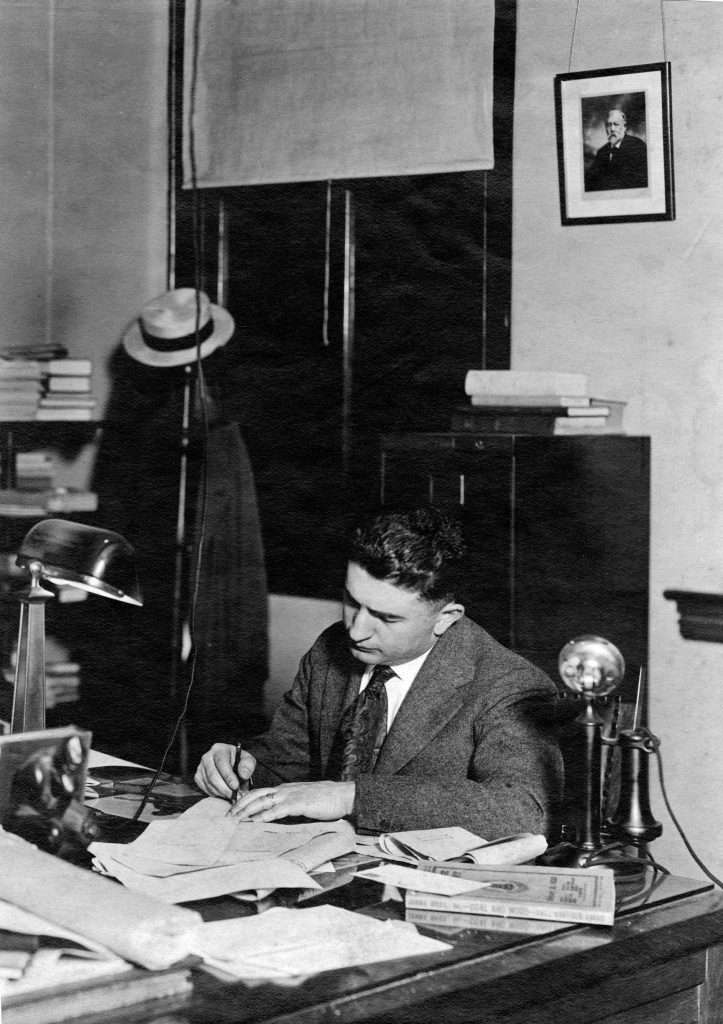 In 1919 Jaffé accepted an offer to edit the Norfolk Virginian-Pilot. He earned a reputation as one of the South’s foremost liberal journalists as a result of his editorials defending civil liberties during the postwar communist scare; attacking the Ku Klux Klan, religious fundamentalists seeking to prevent the teaching of evolution, and Virginia’s racial integrity law; and urging state action to prevent lynching. The editor formed an informal partnership with Plummer Bernard Young, who headed the black Norfolk Journal and Guide. Throughout their long careers the two newspapermen—through personal and journalistic support—worked together to improve the daily lives of blacks in Hampton Roads and to advance racial understanding. Jaffé’s Jewish roots (he converted to Episcopalianism in 1925) and the anti-Semitism he endured undoubtedly augmented his sensitivity to the injustices blacks faced.

Jaffé’s campaign against lynching reached a highpoint in the mid-1920s, when mobs murdered blacks in two particularly heinous incidents in western Virginia. At the behest of Virginia governor Harry Byrd Sr., Jaffé formulated the key provisions for a state antilynching bill. His forceful promotion of the measure helped persuade the General Assembly to adopt the law in 1928. The Pulitzer jury probably evaluated Jaffé’s sustained antilynching activism when it awarded him his prize in 1929 for an editorial decrying the 1928 lynching of Robert Powell, a twenty-four-year-old black man in Houston, Texas, as delegates gathered there for the Democratic Party convention. 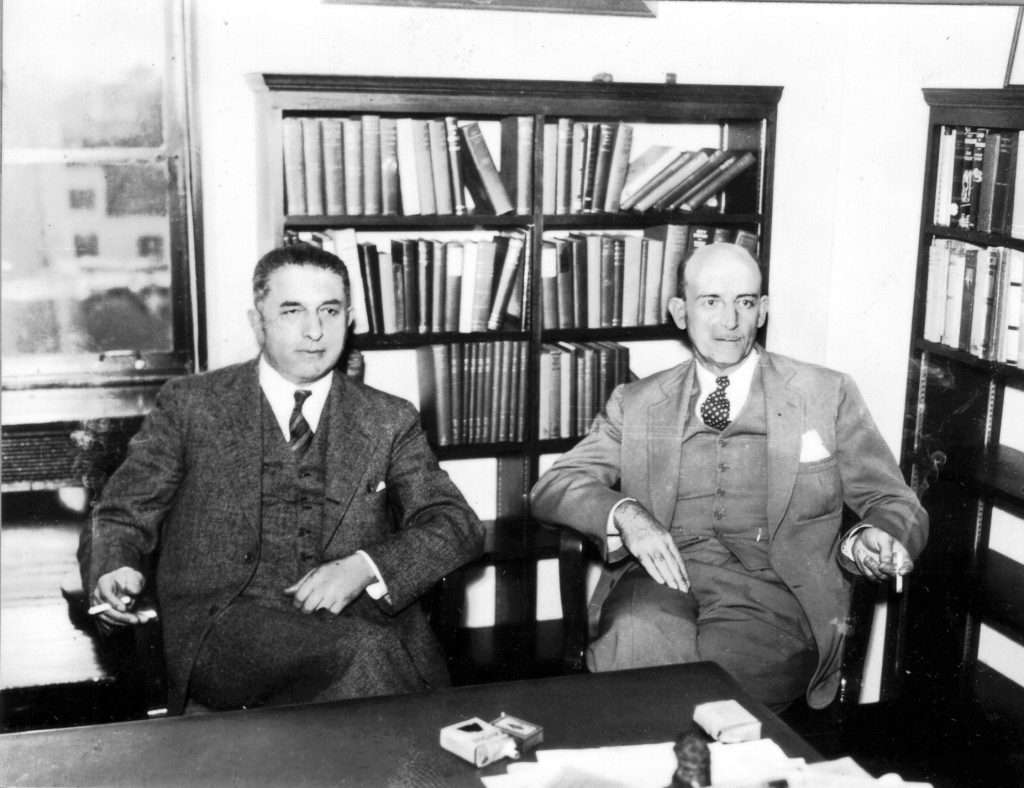 Jaffé married Margaret Davis, the daughter of a prominent Norfolk family, in 1920. The couple’s only child, Christopher, was born two years later. Margaret and Jaffé divorced in 1939. Three years later he married Alice Rice, who shared his liberal views and his interest in the arts. The couple had two children, but only Louis Jr., who was born in 1946, survived infancy.

Jaffé’s major role in the 1935 founding of the Norfolk unit of Virginia Union University (now Norfolk State University), stands as another of his lasting contributions to the welfare of blacks. He headed a city commission that secured a campus and state funding for the school by 1946. Thousands of the institution’s graduates have seen their careers and lives enhanced by this still predominantly black school.

Jaffé kept to his busy editorial schedule despite painful arthritis and apparent heart disease. In the midst of another editorial campaign against the poll tax, a restriction on voting that he had long opposed, Jaffé entered a local hospital and died there on March 12, 1950. Lenoir Chambers, a long-standing colleague and friend, succeeded Jaffé as editor of the Virginian-Pilot.