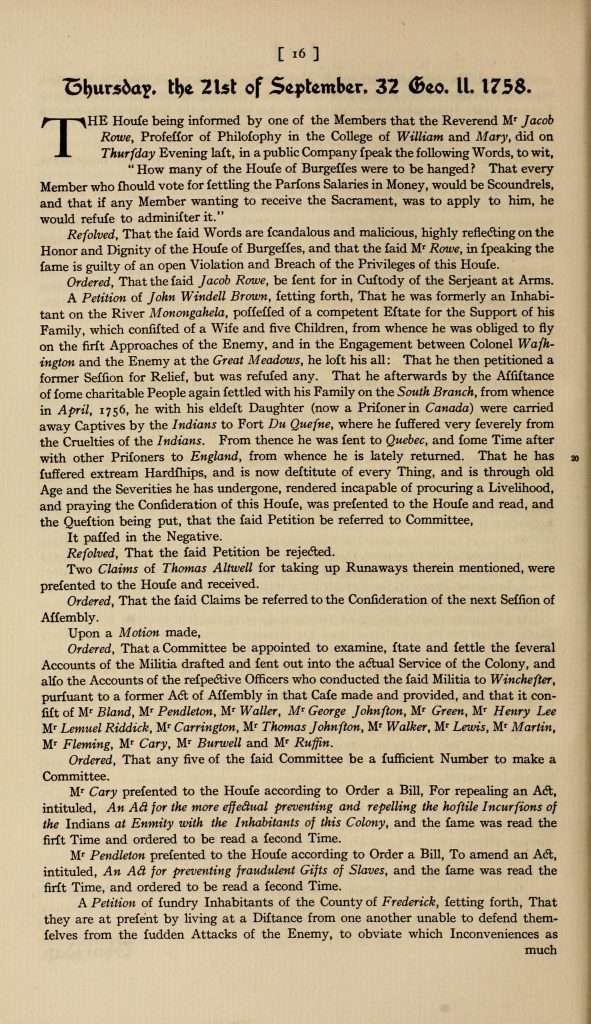 THE House being informed by one of the Members that the Reverend Mr Jacob Rowe, Professor of Philosophy in the College of William and Mary, did on Thursday Evening last, in a public Company speak the following Words, to wit, “How many of the House of Burgesses were to be hanged? That every Member who should vote for settling the Parsons Salaries in Money, would be Scoundrels, and that if any Member wanting to receive the Sacrament, was to apply to him, he would refuse to administer it.”

Resolved, That the said Words are scandalous and malicious, highly reflecting on the Honor and Dignity of the House of Burgesses, and that the said Mr Rowe, in speaking the same is guilty of an open Violation and Breach of the Privileges of this House.

Ordered, That the said Jacob Rowe, be sent for in the Custody of the Serjeant at Arms. 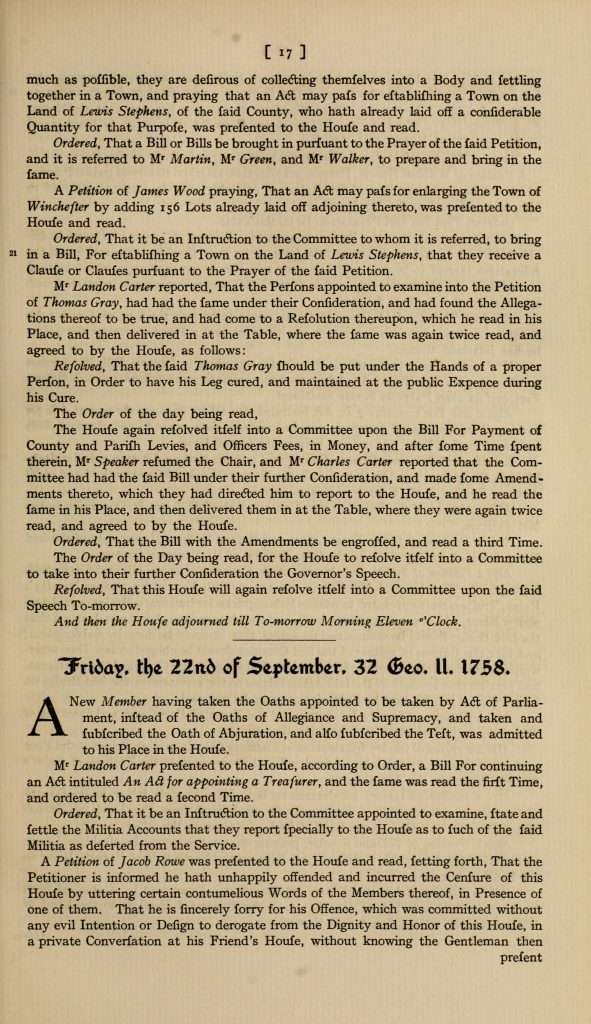 A Petition of Jacob Rowe was presented to the House and read, setting forth, That the Petitioner is informed he hath unhappily offended and incurred the Censure of this House by uttering certain contumelious Words of the Members thereof, in Presence of one of them. That he is sincerely sorry for his Offence, which was committed without any evil Intention or Design to derogate from the Dignity and Honor of this House, in a private Conversation at his Friend’s House, without knowing the Gentleman then 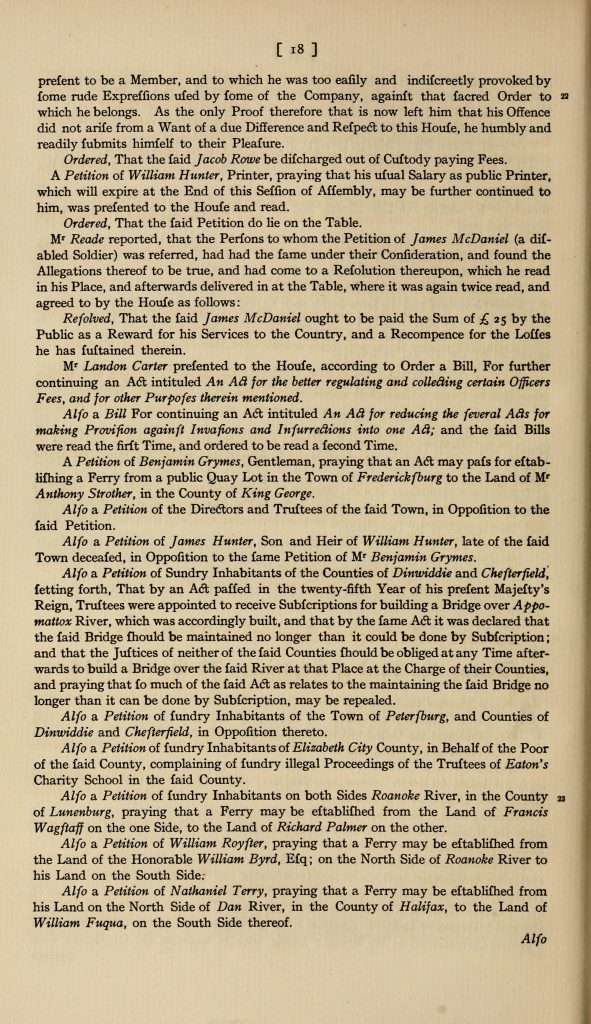 present to be a Member, and to which he was too easily and indiscreetly provoked by some rude Expressions used by some of the Company, against that sacred Order to which he belongs. As the only Proof therefore that is now left him that his Offence did not arise from a Want of a due Difference and Respect to this House, he humbly and readily submits himself to their Pleasure.

Ordered, That the said Jacob Rowe be discharged out of Custody paying Fees.