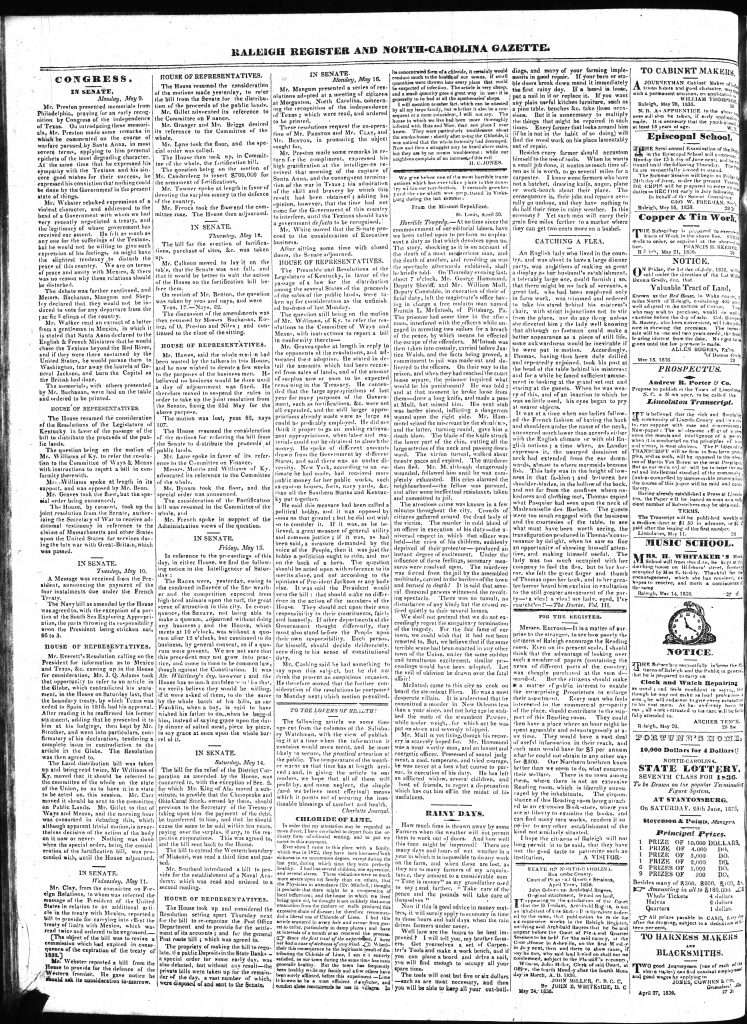 We give below one of the most horrible transactions which has ever taken place in this country within our recollection. It certainly goes beyond the one which was perpetrated in Vicksburg during the last summer:

From the Missouri Republican.

Horrible Tragedy.—At no time since the commencement of our editorial labors, have we been called upon to perform so unpleasant a duty as that which devolves upon us. The story, shocking as it is on account of the death of a most meritorious man, and the death of another, and revolting as was the spectacle afterwards exhibited, shall be briefly told. On Thursday evening last, about 7 o'clock, Mr. George Hammond, Deputy Sheriff, and Mr. William Mull, Deputy Constable, in execution of their official duty, left the magistrate's office having in charge a free mulatto man named Francis L. McIntosh, of Pittsburg, Pa. The prisoner had some time in the afternoon, interfered with the officers while engaged in arresting two sailors for a breach of the peace, by which means he effected the escape of the offenders. M'Intosh was then taken into custody, carried before Justice Walsh, and the facts being proved, a commitment to jail was made out and delivered to the officers. On their way to the prison, and when they had reached the courthouse square, the prisoner inquired what would be his punishment? He was told; and at that moment he broke loose from them—drew a long knife, and made a pass at Mull, but missed him. His next stab was better aimed, inflicting a dangerous wound upon the right side. Mr. Hammond seized the miscreant by the shoulders, and the latter, turning round, gave him a death blow. The blade of the knife struck the lower part of the chin, cutting all the large arteries of the neck and passing downward. The victim turned, walked about twenty paces and expired. The murderer then fled. Mr. M. although dangerously wounded, followed him until he was completely exhausted. His cries alarmed the neighbourhood—the fellow was pursued, and after some ineffectual resistance, taken and committed to jail.

The atrocious crime was known in a few minutes throughout the city. Crowds of citizens gathered around the dead body of the victim. The murder in cold blood of an officer in execution of his duty—the universal respect in which that officer was held—the cries of his children, suddenly deprived of their protector—produced an instant degree of excitement. Under the influence of these feelings, summary measures were resolved upon. The murderer was forced from the jail by the assembled multitude, carried to the borders of the town and burned to death! It is said that several thousand persons witnessed the revolting spectacle. There was no tumult, no disturbance of any kind; but the crowd retired quietly to their several homes.

We shall not pretend that we do not exceedingly regret the sanguinary termination of the tragedy. For the fair fame of our town, we could wish that it had not been resorted to. But, we believe that if the same terrible scene had been enacted in any other town of the Union, under the same sudden and tumultuous excitement, similar proceedings would have been adopted. Let the veil of oblivion be drawn over the fatal affair!

McIntosh came to this city as cook onboard the steamboat Flora. He was a most desperate villain. It is understood that he committed a murder in New Orleans less than a year since, and not long ago he stabbed the mate of the steamboat Pawnee, while under weigh, for which act he was put on shire and severely whipped.

Mr. Mull is yet living, though his recovery is scarcely hoped for. Mr. Hammond was a most worthy man, and an honest and energetic officer. Possessed of sound judgment, a cool, temperate, and tried courage, he was never at a loss what course to pursue, in execution of his duty. He has left an afflicted widow, several children, and a host of friends, to regret a dispensation which has cut him off in the midst of his usefulness.