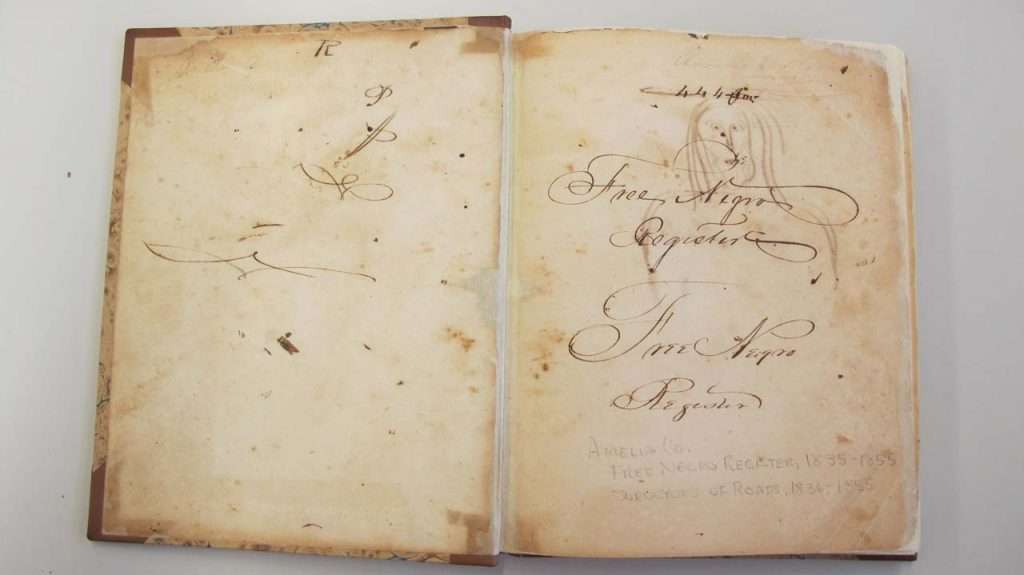 Hill was born free in Amelia County and was the son of Lucy Hill and reportedly of Henry Hill. In October 1860 the county’s Free Negro Register described him as being 45-years-old, having a dark complexion and a scar on his forehead, that he was five feet six and three-quarters inches tall with his shoes on, and that he stammered. Hill became a person of some consequence, although reliable information about him is extremely scarce. About 1850 he married Ann Jane Haskins and they had twelve children, of whom at least four daughters and four sons survived to adulthood.

Hill voted with other African American men for the first time in the October 1867 election overseen by the United States Army to select delegates to a convention to write a new state constitution as required by Congress following the American Civil War (1861–1865). By the early 1870s Hill had become one of the leaders among African American Republicans in Amelia County. He may have attended a local party meeting in November 1871 that adopted resolutions designed to reassure white people of their good will and he was an unsuccessful candidate for the Republican nomination for the House of Delegates that year. Hill was a member of the party’s county committee two years later and was a delegate to the Republican State Convention. In November 1873 he won election to a two-year term to represent the county in the House of Delegates. He easily defeated incumbent McDowell Delaney, the African American who had won the nomination in 1871, and another candidate. Hill received 736 votes, a 47 percent plurality. The speaker appointed him to the lowest-ranking seat on the relatively inconsequential Committee on Retrenchment and Economy. Hill was not very active during the 1874 session of the assembly other than to support a bill to compensate owners of land for damages done by residents of adjacent property and to introduce a bill to require that work on public roads be let out on contract, neither of which passed.

Hill was scarcely more active in the second session of his term, which met from early in December 1874 through March 1875. He introduced a bill to allow a referendum in Amelia County on whether to enforce the optional state fence law and another respecting property boundaries, neither of which passed. The published journal of the House may have incorrectly identified him as the sponsor of two other bills to govern civil and criminal court proceedings, which a lawyer would more likely have introduced. Curiously, Hill voted for a proposed amendment to the state constitution to require payment of a poll tax as a prerequisite to vote. Its Conservative Party sponsors designed it to suppress the number of African Americans who could register. Voters ratified the amendment in 1876.

Hill did not run for a second term in 1875 at age sixty and may not have taken part after that in Republican Party politics outside of the county. He served several terms as a justice of the peace between 1870 and 1895 when the office was a petty magistracy not the powerful position it had been before the Civil War. Hill was a trustee of his Baptist church when it purchased an acre of land in 1872 to construct a church. He purchased a forty-two-acre tract of land for himself in May 1882 but evidently did not pay it off until 1891. He sold an acre to the Jackson Public Free School District in 1888. On July 8, 1895, he sold the land to his wife for five dollars. Henry C. Hill died, probably at his residence in Amelia County, on September 7, 1905. He was likely buried in the cemetery at Bethia Baptist Church, where some of his children and his wife were later buried.

Henry C. Hill serves several terms as a justice of the peace.

A leader among African Americans in Amelia County, Henry C. Hill is an unsuccessful candidate for the Republican nomination for the House of Delegates.

Henry C. Hill sells his forty-two acre tract of land to his wife for five dollars.

Henry C. Hill dies, probably at his residence in Amelia County, and is likely buried in the cemetery of Bethia Baptist Church, where some of his children and his wife were later buried.