Constance Cary was born on April 25, 1843, in Lexington, Kentucky, though there is some dispute surrounding the location of her birth. Her father, Archibald Cary, was the son of Wilson Jefferson Cary, a nephew of Thomas Jefferson, and her mother, Monimia Fairfax, a Randolph and a cousin of her husband. (The two families had intermarried five times, perhaps “too often,” according to Constance Cary.) After Harrison’s father died in 1854, the family lived at Vaucluse, the Alexandria, Virginia, estate of Harrison’s maternal grandfather. She was educated by a French governess and then at Hubert Pierre Lefebvre’s boarding school in Richmond. 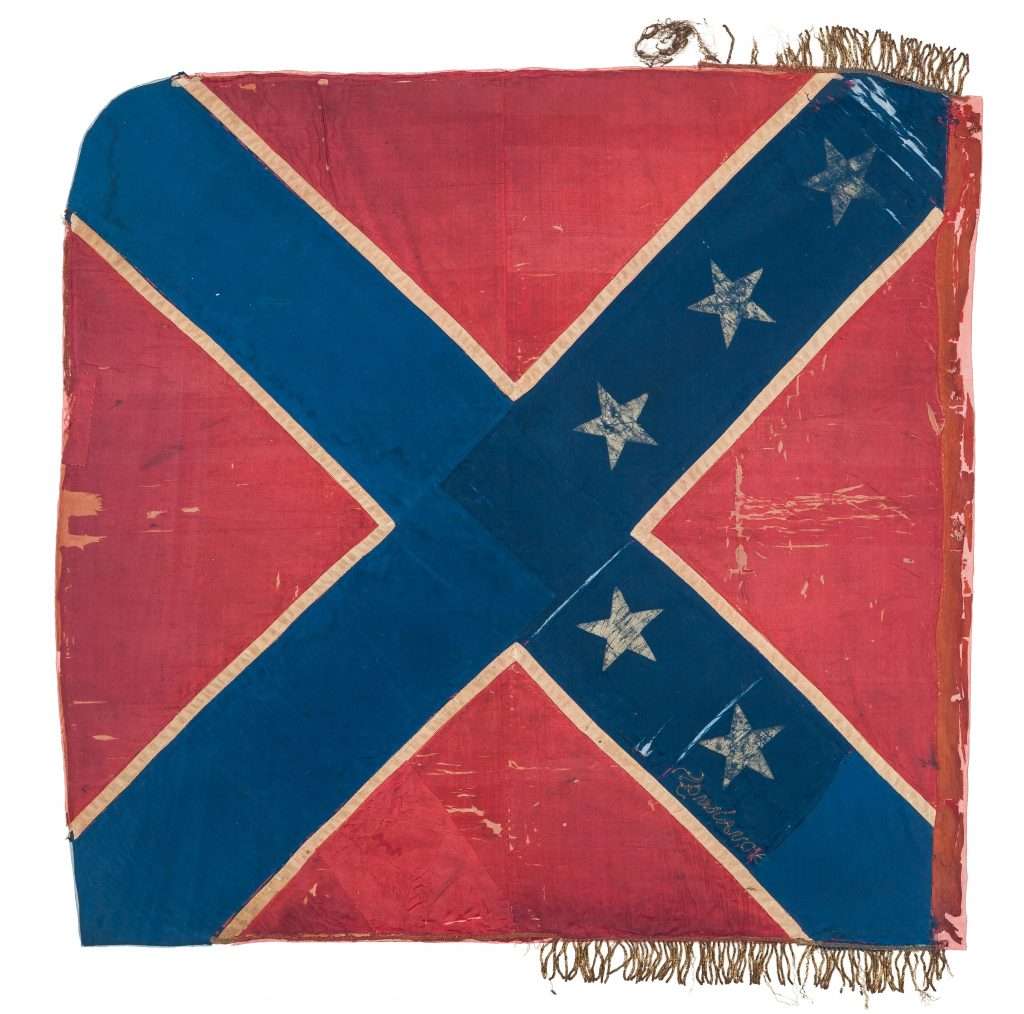 When the Civil War began in 1861, Harrison, then eighteen years old, began working alongside her mother as a nurse. Her fifteen-year-old brother Clarence joined the Confederate army in Alexandria. Harrison, meanwhile, created one of the first versions of the Confederate flag. She and her cousins Hetty and Jennie Cary each sewed a Confederate battle flag in the autumn of 1861 at the request of a Confederate congressional committee. The flag Harrison sewed is now held at the Museum of the Confederacy in Richmond.

In 1862, Harrison began to submit her writings to Richmond newspapers, and to magazines such as the Southern Illustrated News and Magnolia: A Southern Home Journal under the pen name “Refugitta.” Her poems and stories responded to the war scenes she had witnessed and prefigured some of the interests that would occupy her throughout her life as a writer: southern and genteel society, the roles and moral codes that governed women’s lives, patriotism and patrimony. 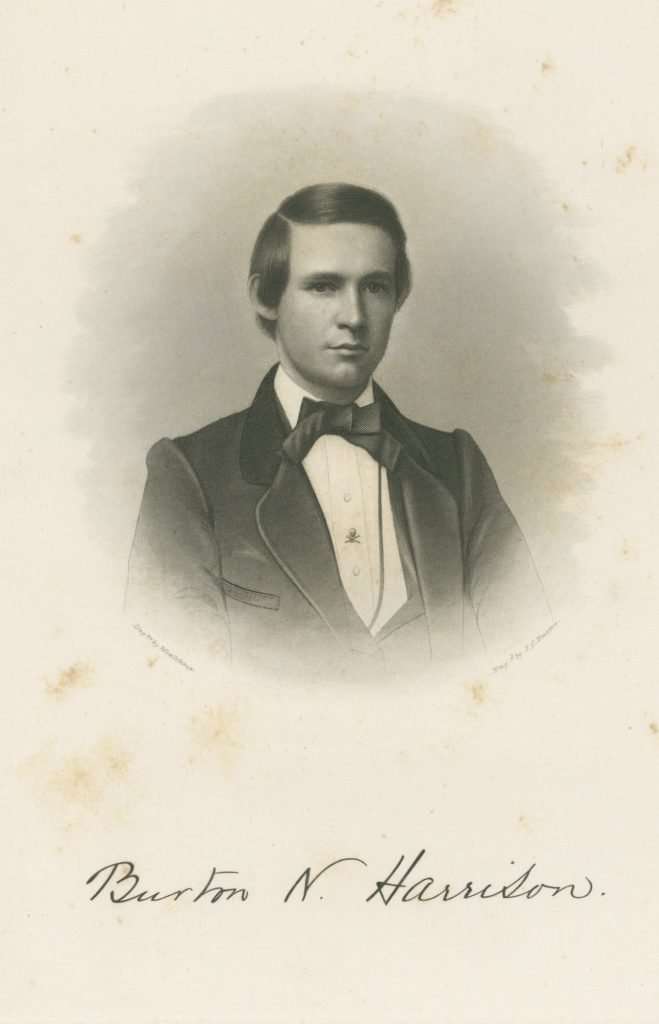 After the war, Harrison accompanied her mother on an extended tour of Europe, where she continued her study of music, art, and languages. When she returned, she became reacquainted with Burton Norvell Harrison, whom she had previously met when living in Manassas; he was formerly the private secretary to Confederate president Jefferson Davis. The two were married on November 26, 1867, and the couple settled in New York City where Burton Harrison practiced law.

During their long married life, the Harrisons moved among the elite of New York society and were active in civic and cultural affairs. They had three sons, including Francis Burton Harrison (1873–1957), a member of the United States House of Representatives from New York and the governor-general of the Philippines under U.S. president Woodrow Wilson. Constance Harrison resumed her writing in 1875 and published numerous works as Mrs. Burton Harrison, focusing on reflections of life in the South (particularly life in Virginia during the Civil War) and the customs of aristocratic society. Many of her novels were first published as serials in magazines such as Century, Scribner’s Monthly, and Harper’s, and straddled a growing divide between serious and popular fiction. 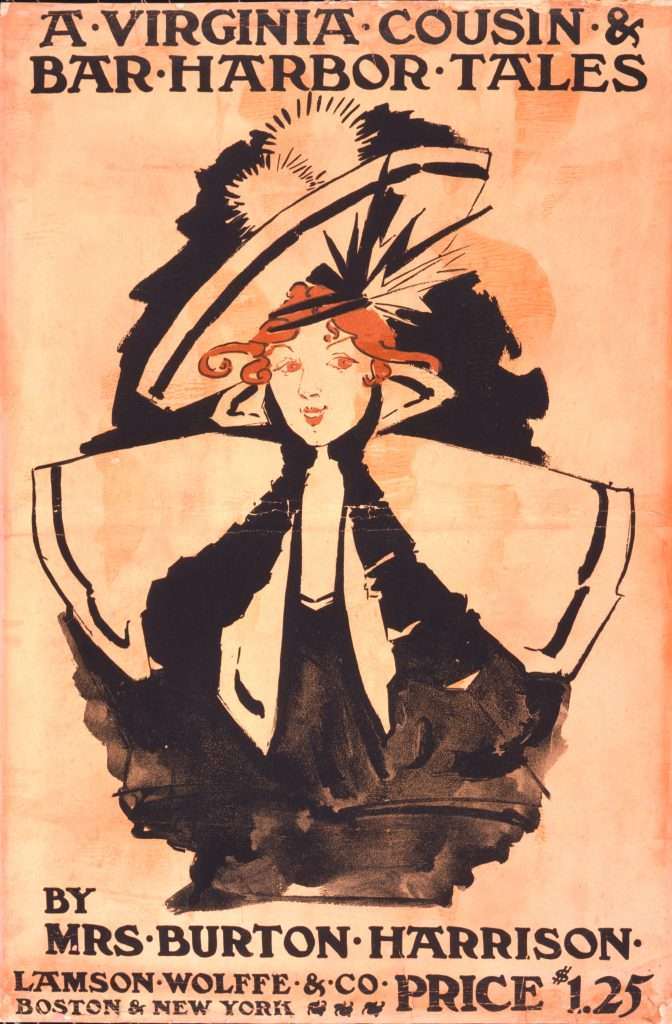 Aimed at a middle-class readership, Harrison’s works also reveal the ambivalence of a privileged, affluent woman who was sometimes critical of the social conditions of her day. For example, her 1890 novel Flower de Hundred, an account of southern plantation life before and after the Civil War, exhibits her mixed attitude toward the institution of slavery. One of Harrison’s best-known novels was The Anglomaniacs (1890), which garnered wide attention as a comedy of manners that satirized the modern-day social climber. Altogether, she produced more than fifty published works in a number of genres, including short stories, articles and essays, children’s books, and short plays. Many of these were republished in England and translated into several other languages.

Harrison was also involved in the creation of a second major American icon, Emma Lazarus’s 1883 poem “The New Colossus,” which is inscribed on the base of the Statue of Liberty. She had persuaded Lazarus to write the poem as a donation to a fund-raiser for the statue’s construction. 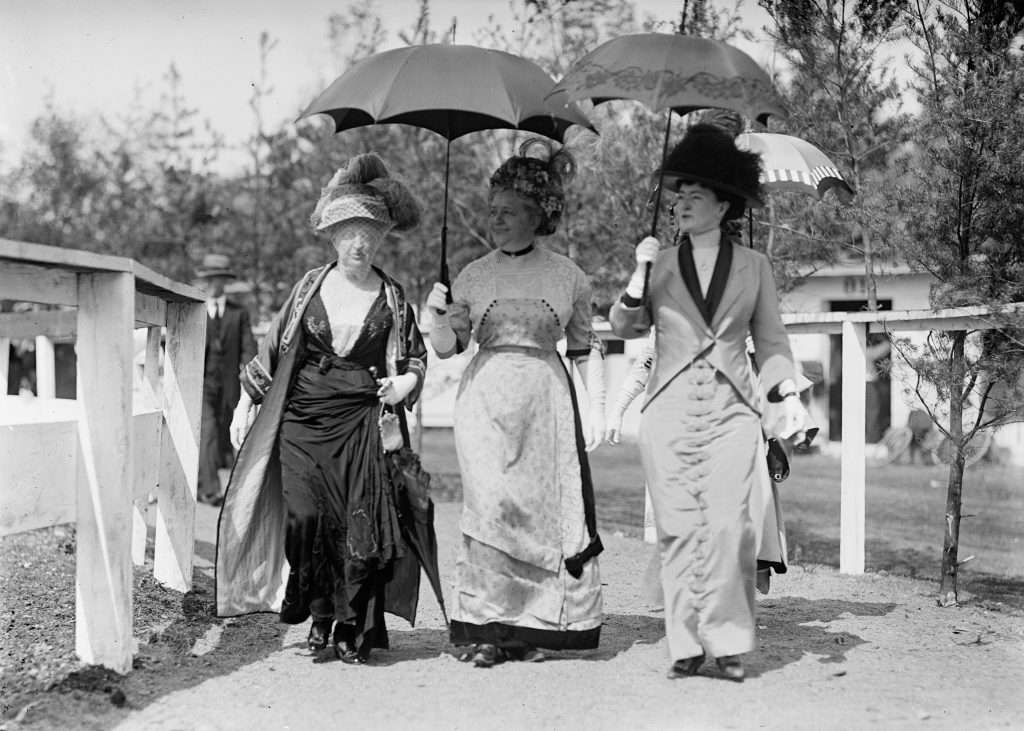 After her husband’s death on March 29, 1904, Harrison moved to Washington, D.C., and continued to publish fiction. She concluded her literary career with the work that remains best-known today, her 1911 autobiography Recollections Grave and Gay. This book is now considered the most valuable part of her body of work, primarily because it offers a detailed record of the Civil War and other historical events from the point of view of an intelligent and well-connected woman who had personal contact with many notable figures of her day. In describing the death of her cousin, Randolph Fairfax, at the Battle of Fredericksburg in December 1862, Harrison combines romanticism with blunt realism:

This youth, handsome and gifted, serious and purposeful beyond his years, the flower of his school and college, in all things worthy the traditions of his warlike ancestry, was killed by a piece of shell entering his brain, as he stood by his gun at sunset under a hot fire from the enemy’s batteries.

Harrison follows this description with a note from another cousin, Robert E. Lee, offering his “heartfelt sympathy.”