Born in rural Ninety Six, South Carolina, in 1884, Hancock was the son of the formerly enslaved Robert and Anna Hancock. After his parents encouraged him to get an education and “serve the race,” he became a Baptist minister and teacher. He earned degrees from both Benedict College (Columbia, South Carolina) and Colgate University (Hamilton, New York) and married Benedict alumna Florence Marie Dickson. In 1921, after receiving a master’s degree in sociology at Harvard University, he joined the faculty at Virginia Union University.

Hancock’s scholarly writings—appearing in journals such as Social Forces and in a chapter of What the Negro Wants (1944)—focused on black self-help and interracial cooperation. He held “that the Negro college was to develop the leadership for the emancipation of the Negro American.” In 1925 he invented the term “Double Duty Dollar,” which meant blacks should patronize black-owned businesses to help build employment and a sense of independence in their communities. As chair of Virginia Union’s Department of History and Sociology (renamed Economics and Sociology in 1927), he linked education to activism, requiring students, for example, to perform community service. The “races vie in a fierce struggle for existence,” he taught, and African Americans must face the reality of segregation by building their institutions and resources and winning allies among whites. “Segregation means death to the Negro race,” Hancock declared in 1938 at all-white Randolph-Macon College , in Ashland . “It is a form of elimination that must be terminated if the Negro is to survive.” 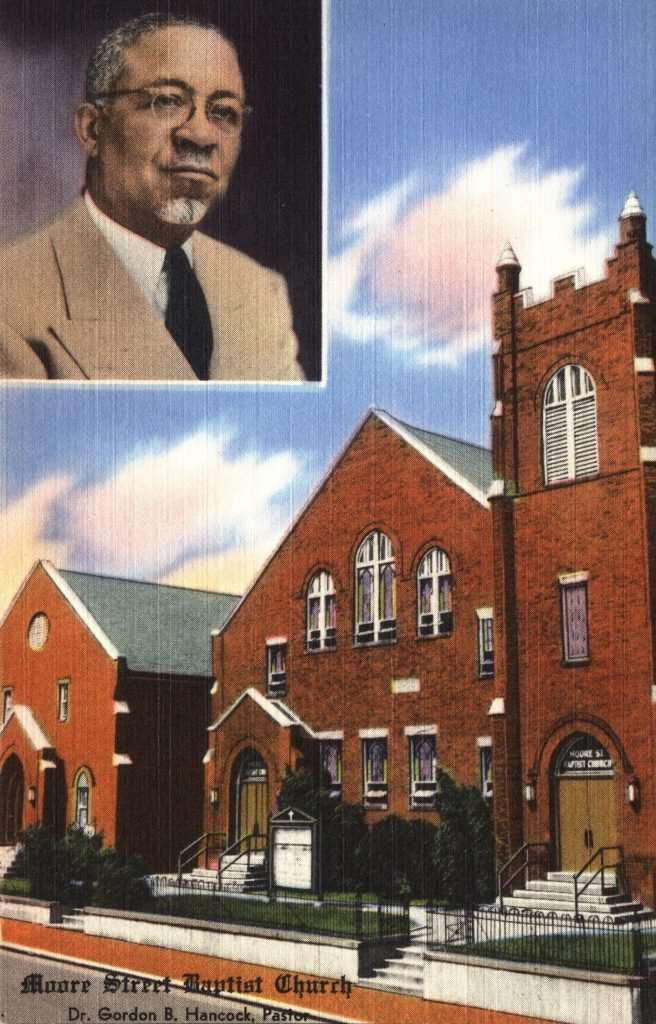 Hancock was able to reach a broad audience through the church, countless speeches, and a weekly column, which eventually ran in 114 black newspapers. During the Great Depression, he cautioned black workers to hold onto their jobs when possible while emphasizing economic, educational, and political consciousness. The Virginia Interracial Commission, or VIC, an affiliate of the Commission on Interracial Cooperation in Atlanta, sought to erode racism and violence gradually. But Hancock also urged it to oppose so-called Jim Crow laws more directly and seek “full citizenship” for all Virginians.

In fact, Hancock’s 1941 article, “Interracial Hypertension,” prompted a reform of the CIC during World War II and the release of what became known as the “Durham Manifesto.” The Manifesto was the product of a 1942 conference Hancock planned with Luther Porter Jackson and Plummer Bernard Young in Durham, North Carolina. It asserted that the group was “fundamentally opposed to the principle and practice of segregation.” This provoked a response the following year from white CIC leaders, including some prominent liberals, who stated that while they were committed to ending racial injustice, they would not directly oppose Jim Crow.

Still, in June 1943, representatives of the two groups convened in Richmond. After Hancock’s keynote speech, in which he renewed his call to take a stand against segregation, the participants then formed the Southern Regional Council. Chartered in 1944, it would “attain through research and action programs the ideals and practices of equal opportunity.” The council officially declared opposition to segregation in 1951 because of pressure from Hancock and other board members. It sponsored school-desegregation, voter-registration, and antipoverty projects.

Hancock was named a professor emeritus at Virginia Union in 1952, but continued as pastor of Moore Street Baptist Church until retiring in 1963. In that same year, Virginia Union University awarded him an honorary doctorate. Gordon Blaine Hancock died at his home in Richmond on July 24, 1970.