In 1964, New Kent County, located just east of Richmond, remained a largely rural and undeveloped county. Many residents worked in the pulp wood industry while others found employment at the paper mill or outside the county. The racial makeup in the community was almost 50 percent black and 50 percent white. While there was very little interaction among the races, there was also little of the violence that marked the civil rights era in other southern locales. Ten years after the U.S. Supreme Court declared “separate but equal” unconstitutional in Brown v. Board of Education, both public schools in New Kent County—the George W. Watkins School for blacks and the New Kent School for whites—remained completely segregated, a policy the county and its school board deliberately maintained. This began to change, however, with the passage of the Civil Rights Act of 1964, which, in part, threatened to curtail federal funding to localities refusing to integrate their schools.

The Lawsuit and “Freedom of Choice” 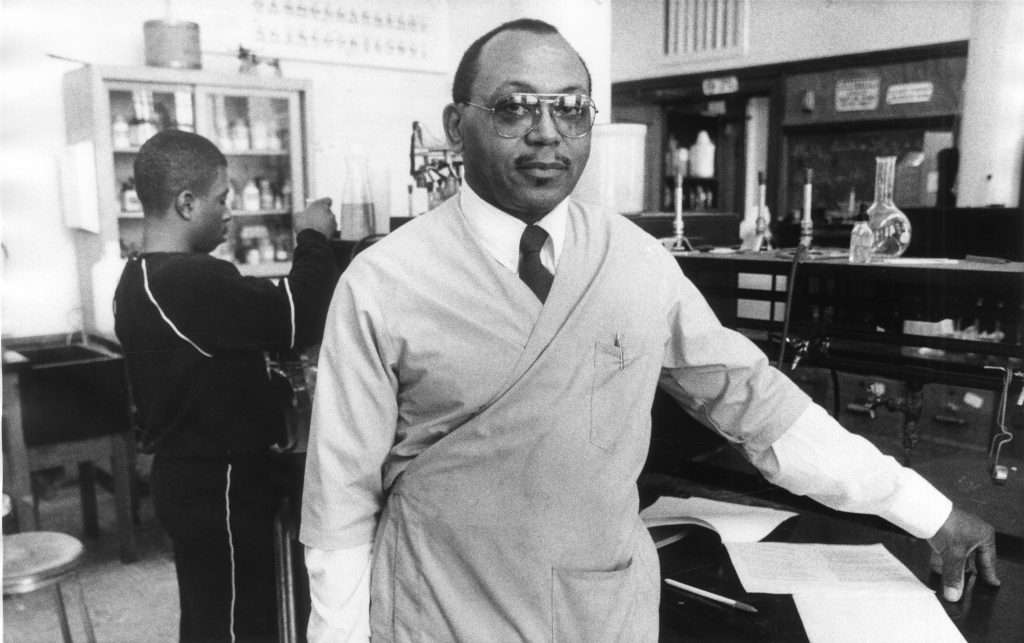 The national office of the National Association for the Advancement of Colored People (NAACP) called for individuals to sponsor lawsuits against intransigent local school boards. Calvin Coolidge Green, president of the New Kent County NAACP, a veteran of the Korean War (1950–1953), a Richmond schoolteacher, and, perhaps most important, the father of three sons, agreed. In March 1965, Green along with other plaintiffs from New Kent and the Virginia State Conference NAACP filed the lawsuit Charles C. Green et al. v. County School Board of New Kent County, Virginia, in the U.S. District Court for the Eastern District of Virginia. The suit, which sought to force the New Kent School Board to integrate the county’s schools, was filed in the name of Calvin Green’s youngest son because he would still be in school if the case took a long time. Virginia’s preeminent civil rights attorneys, including Samuel W. Tucker, Henry L. Marsh III, and Oliver W. Hill, handled the case for the state NAACP. 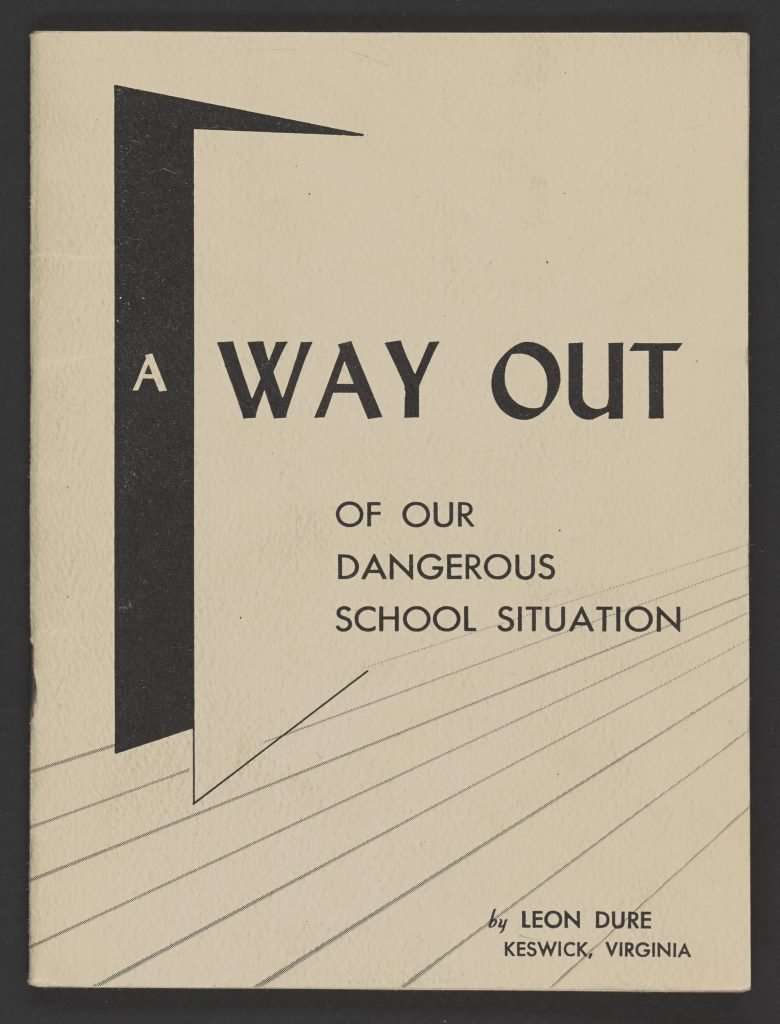 A Way Out of Our Dangerous School Situation

The New Kent County School Board responded to the Green lawsuit and the potential loss of federal funds from the Civil Right Act with what was widely considered to be a disingenuous plan to integrate the county’s schools. “Freedom of choice,” as it was known, required that students and their parents petition the board for permission to switch schools. While some black students did petition and transfer to the county’s white school, no white students chose to attend the black school. Nevertheless, the U.S. District Court ruled against Green’s lawsuit in 1966 and the Fourth Circuit Court of Appeals upheld that decision in 1967. The courts, as did federal courts elsewhere, accepted the school board’s “freedom of choice” plan as a satisfactory effort to integrate local schools.

The NAACP responded by appealing to the U.S. Supreme Court in October 1967. Attorneys argued that the school board’s “freedom of choice” plan unlawfully placed the burden of integration on black students, and that such plans rarely led to significant school desegregation. They also contended that the school board intended to preserve the twofold school systems by continuing to bus some black students up to twenty miles to attend the all-black George W. Watkins School even though the white school was much closer. 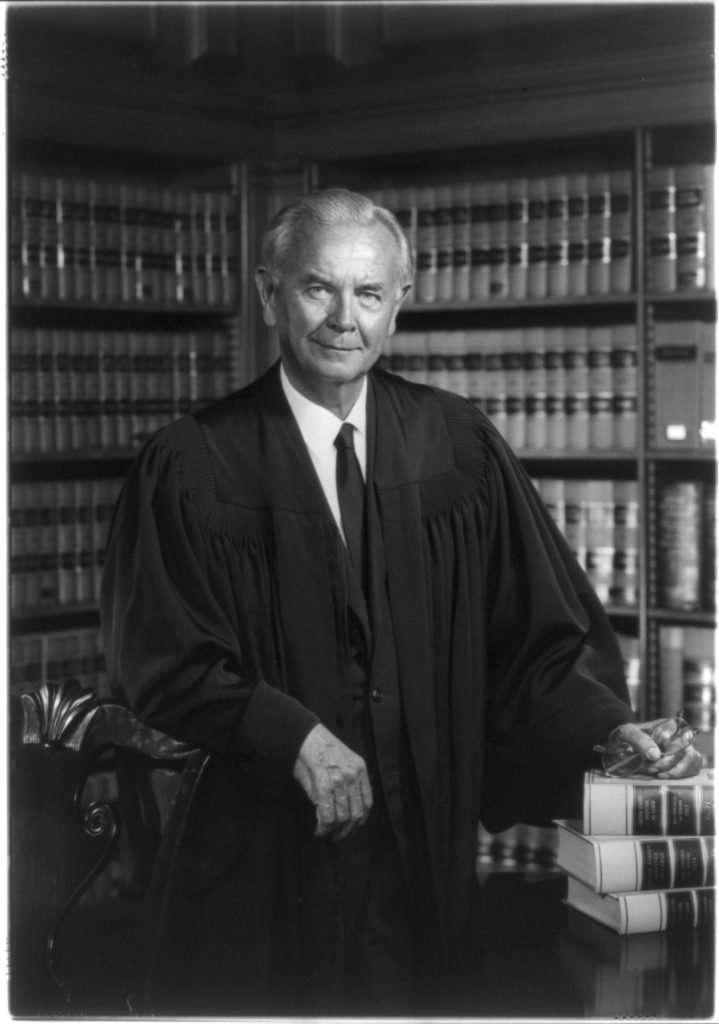 The U.S. Supreme Court issued its ruling in Charles C. Green et al. v. County School Board of New Kent County, Virginia, on May 27, 1968, fourteen years and ten days after the original Brown decision. The Court found that “the state, acting through the local school and school officials, organized and operated a dual system, part ‘white’ and part ‘Negro'” in “every facet of school operations—faculty, staff, transportation, extracurricular activities and facilities.” This dual system violated the Court’s decision in Brown II, which placed an “affirmative duty” on school boards to end segregated school systems. Thus, the Court found the school board’s actions unconstitutional and rejected the county’s “freedom of choice” plan. Associate Justice William Brennan, writing for the majority, declared: “The burden on a school board today is to come forward with a plan that promises realistically to work, and promises realistically to work now.” The Court ordered the local school board to develop a new plan to “convert promptly to a system without a ‘white’ school and a ‘Negro’ school, but just schools.” It also ordered that the U.S. District Court maintain oversight of the case and the school board’s plan to ensure that integration would occur in the near future. The ruling in Green forced New Kent and other localities across the state and nation to comply with Brown and integrate their schools. “When this opinion is handed down,” Brennan wrote in a private note, “the traffic light will have changed from Brown to Green. Amen!” 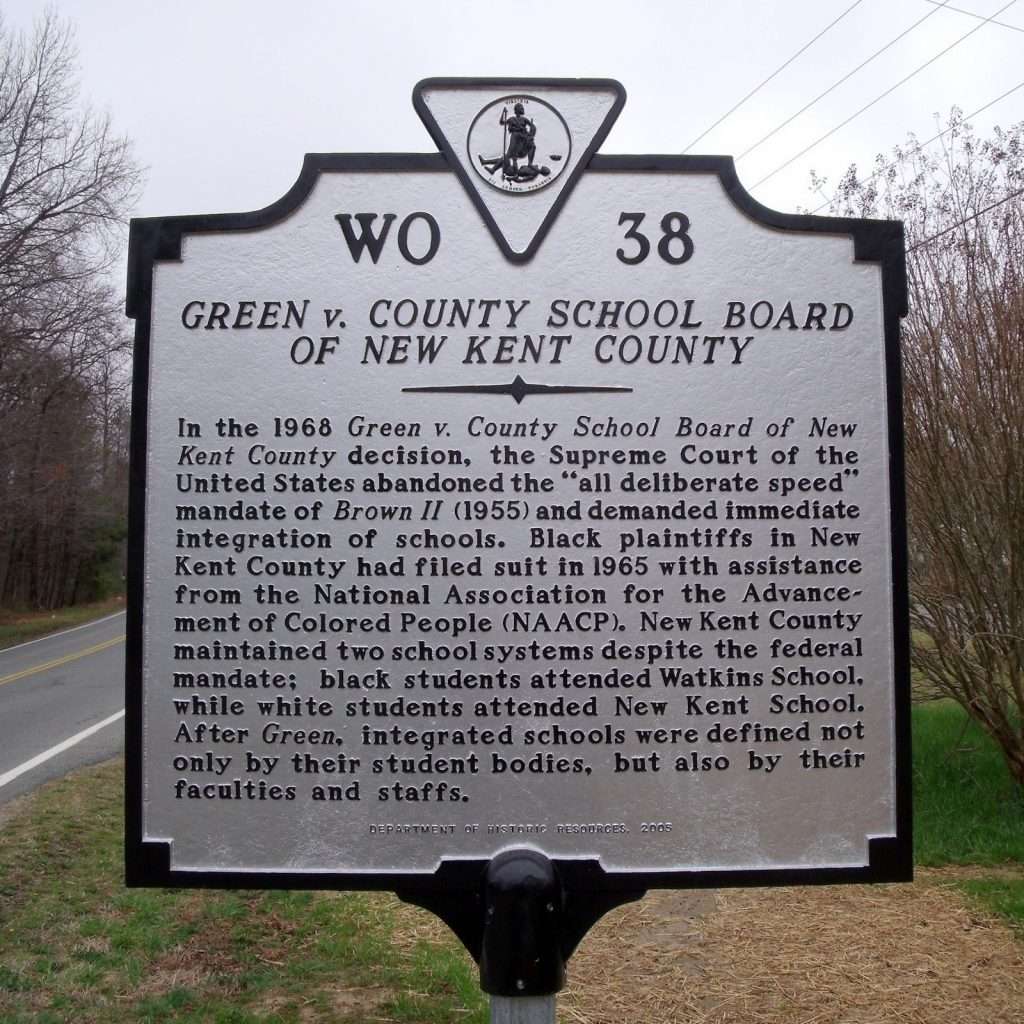 New Kent school officials still grappled with how to comply with the Supreme Court’s decision. In the summer of 1968, the county obtained a one-year reprieve, allowing officials time to develop an integration plan for the 1969–1970 school year. In the meantime, the county integrated its faculty and conducted race-relations training sessions. In 1969–1970, the county converted its formerly white school into the county’s junior high and high school, at the same time changing the name of the county’s previously all-black school from George W. Watkins (named after the school’s past African American principal) to the New Kent Elementary School. The name change was telling of its time: during the Jim Crow era, all-black schools were commonly named for a prominent African American; however, during the process of desegregation, the names of these schools were changed to something considered more racially neutral. In 1998 the New Kent School District took the decidedly uncommon step to change the name of the elementary school back to George W. Watkins. The Secretary of the Interior designated both schools National Historic Landmarks on August 7, 2001.