Diony Hall’s life signifies the geographical and social tension between a Kentucky mountain spirit and a Virginia aristocratic sensibility. Her trajectory mirrors the westward expansion from Virginia prevalent late in the 1700s and echoes many of Roberts’s family stories of Kentucky settlers. The migration also approximates a woman’s emotional and intellectual search for self, a theme often addressed by Roberts. In many ways, Diony Hall is emblematic of Roberts’s protagonists, heroines who confront and overcome financial and emotional obstacles, ultimately resolving them through their own strength of spirit and an awareness of the importance of inner knowledge. 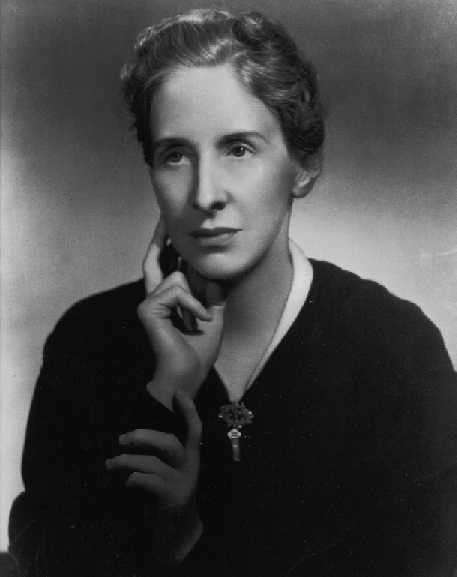 The Great Meadow, the last of Roberts’s significant novels, is driven by the grace and beauty of its language more than either its theme or its plot. Roberts spoke of herself as a proponent of “poetic realism” in fiction, and described her aim as a writer thus: “If I can, in art, bring the physical world before the mind with a greater closeness, richer immediacy than before, so that mind rushes out to the very edge of sense—then mind turns about and sees itself mirrored within itself.” Diony Hall, chief among her other heroines, embodies this artistic vision. The book’s popularity led to its production as a movie by Metro-Goldwyn-Mayor in 1931.

Already a poet with two collections to her name, Roberts had established herself as a novelist with the publication and immediate success of The Time of Man (1926). That novel, along with The Great Meadow, represents the pinnacle of Roberts’s critical and commercial success as a writer. Beyond its partial setting in Virginia, The Great Meadow constitutes an important work of the Southern Literary Renaissance of the 1920s and 1930s. In that sense, Roberts’s poetic realism should be considered alongside the more celebrated modernist innovations of such southern writers as William Faulkner, Katherine Anne Porter, and Robert Penn Warren. Roberts’s influence on Warren was especially noteworthy, and he wrote of both Roberts and The Great Meadow with high praise. Though rarely read or taught today, The Great Meadow has attracted scholarly attention from feminist, regionalist, and folkloric critics, all of whom appreciate Roberts’s creation—within the conventional structure of the novel—a space for female difference and individuality.