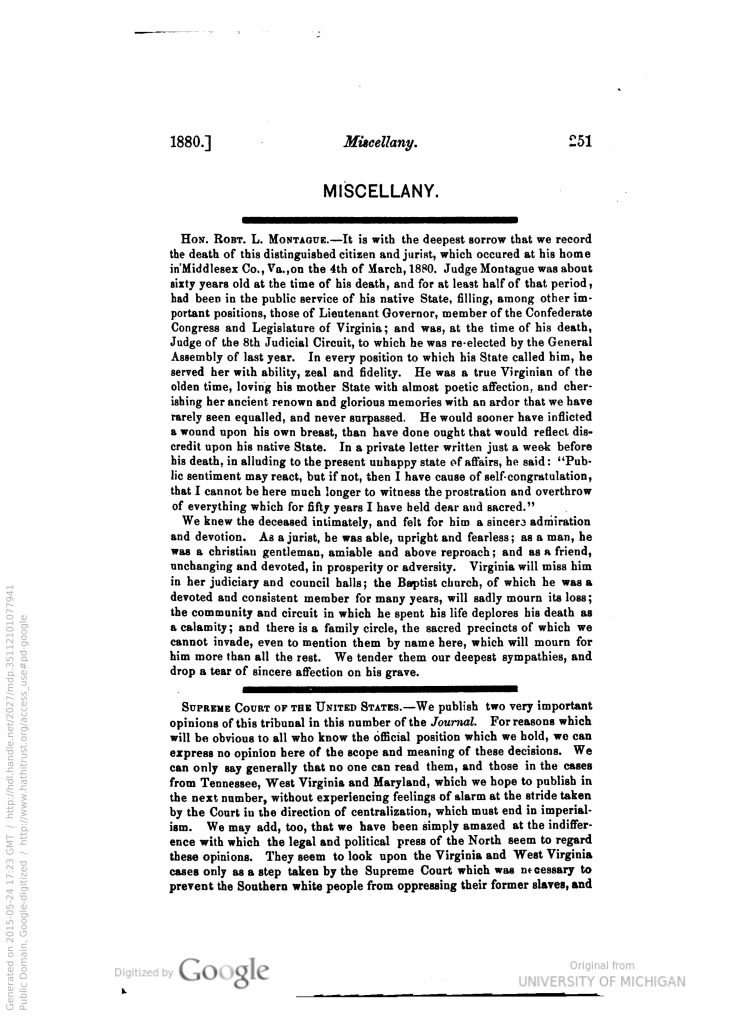 Supreme Court of the United States.—We publish two very important opinions of this tribunal in this number of the Journal. For reasons which will be obvious to all who know the official position which we hold, we can express no opinion here of the scope and meaning of these decisions. We can only say generally that no one can read them, and those in the cases from Tennessee, West Virginia, and Maryland, which we hope to publish in the next number, without experiencing feelings of alarm at the stride taken by the Court in the direction of centralization, which must end in imperialism. We may add, too, that we have been simply amazed at the indifference with which the legal and political press of the North seem to regard these opinions. They seem to look upon the Virginia and West Virginia cases only as a step taken by the Supreme Court which was necessary to prevent the Southern white people from oppressing their former slaves, and 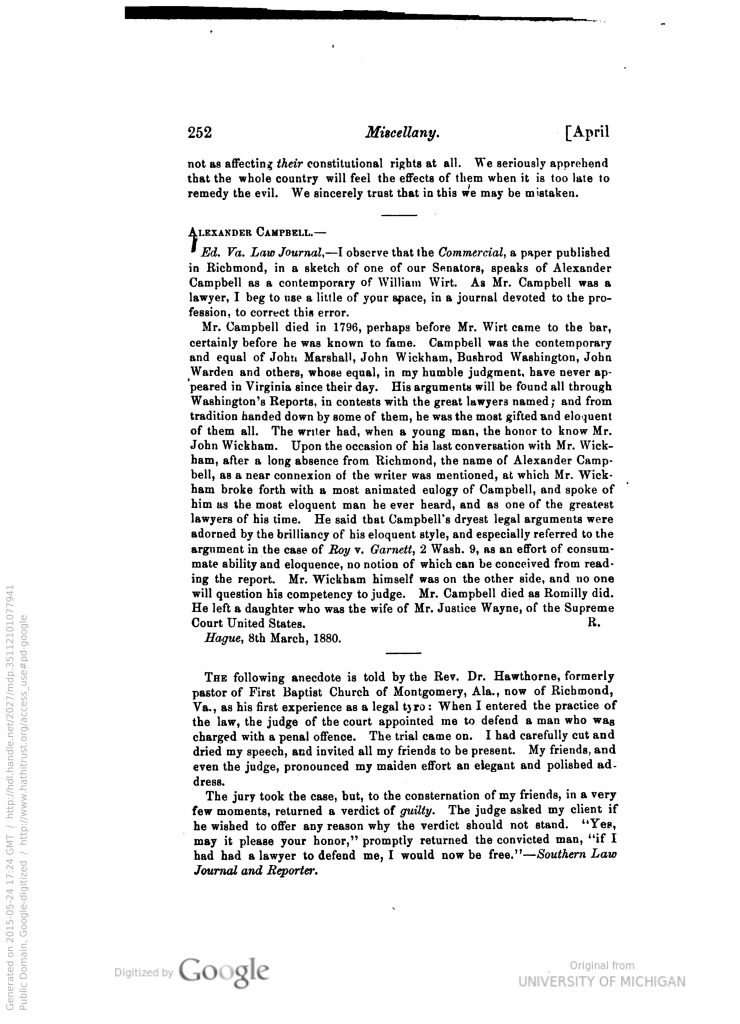 not as affecting their constitutional rights at all. We seriously apprehend that the whole country will feel the effects of them when it is too late to remedy the evil. We sincerely trust that in this we may be mistaken.