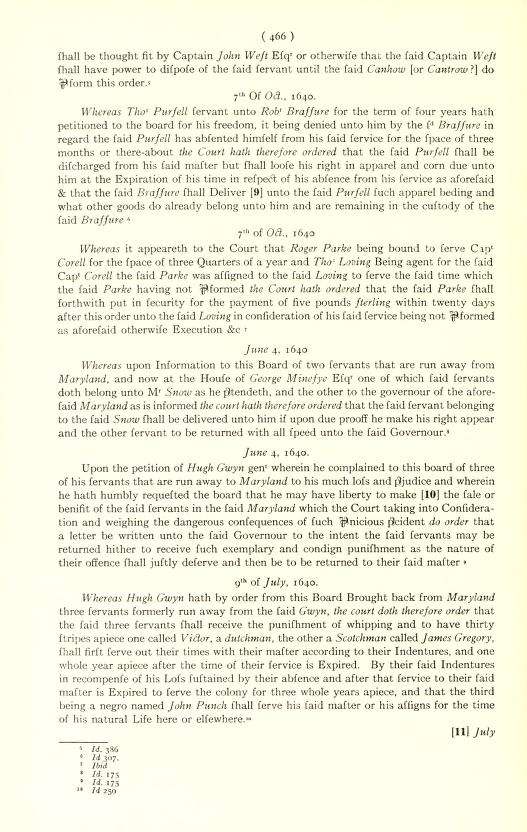 Minutes of the Council and General Court of Colonial Virginia, Page 466

Whereas Hugh Gwyn hath by order from this Board Brought back from Maryland three servants formerly run away from the said Gwyn, the court doth therefore order that the said three servants shall receive the punishment of whipping and to have thirty stripes apiece one called Victor, a Dutchman, the other a Scotchman called James Gregory, shall first serve out their times with their master according to their Indentures, and one whole year apiece after the time of their service is Expired. By their said Indentures in recompense of his Loss sustained by their absence and after that service to their said master is Expired to serve the colony for three whole years apiece, and that the third being a negro named John Punch shall serve his said master or his assigns for the time of his natural Life here or elsewhere. 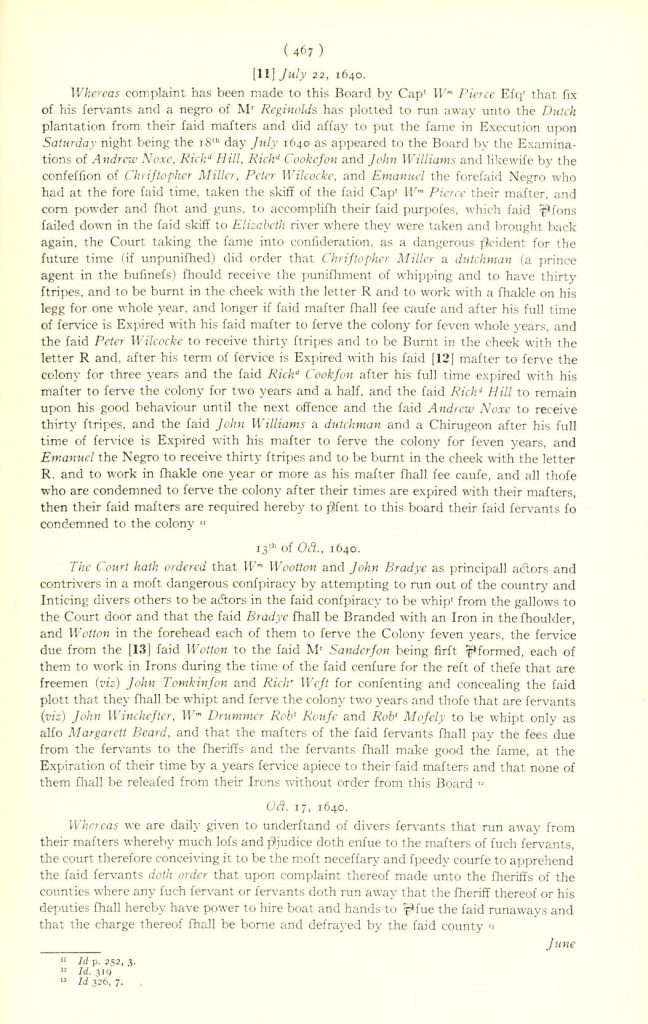 Minutes of the Council and General Court of Colonial Virginia, Page 467

RELATED CONTENT
Categories:
Type:
MAP
TIMELINE
July 9, 1640
A Virginia court decision describes three runaway servants—two white and one black—who were captured in Maryland. The two white servants are sentenced to additional years of service. The black man, John Punch, is made a slave for life, possibly marking the first legal distinction between Europeans and Africans in Virginia's courts.
July 22, 1640
A Virginia court decision describes six runaway servants and a black man who were captured. The court sentences them to varying degrees of punishment.
FURTHER READING