Because the state had paid no interest during the years of the American Civil War (1861–1865) and Congressional Reconstruction, by the beginning of 1871 the debt had risen to more than $45.6 million. On March 30, 1871, the General Assembly passed “An Act to Provide for the Funding and Payment of the Public Debt,” which was then and has thereafter always been known as the Funding Act of 1871. It provided for issuing new bonds worth two-thirds of that amount (with a promise that the other third would be paid later after Virginia and West Virginia agreed on the exact amount) to replace all the existing bonds. Bondholders therefore had to exchange their old bonds for the new bonds, which, like the prewar debt, paid 6 percent interest and were to mature in thirty-four years.

The Funding Act appeared to make good business sense. Its supporters predicted that Virginia’s payment of the interest and principal would encourage bankers and businessmen from outside the state to invest in Virginia and thereby help stimulate and revive its economy. However, the size of the debt was so large and the rate of interest so high that payment of the interest required more than half the annual revenue. Moreover, the Funding Act made the interest-bearing coupons on the bonds receivable for taxes, and every dollar paid in taxes with a coupon was a dollar that the state could not spend to run the government, support the new public school system, or even pay the interest. By 1872 Virginians paid about half the state revenue in coupons, and even though the General Assembly reduced the interest rate to 4 percent that year, during the remainder of the decade the state ran large budget deficits.

In 1872, the General Assembly also repealed the portion of the Funding Act that permitted people to pay taxes with coupons. The Virginia Supreme Court of Appeals ruled that the law was an unconstitutional impairment of the obligations of contract, although it later decided that the law did apply to coupon bonds issued after the assembly passed the March 1872 law.

Funders argued that a default on any part of the debt, including a major reduction in the interest rate, would be a dishonor to Virginia and would permanently damage the state’s ability to build a strong economy. For the remainder of the decade, they fought attempts by Readjusters to reduce the interest rate significantly or to repudiate part of the principal. The state had to struggle to pay interest on the debt and to provide money for the popular new public school system that the Constitution of 1869 created. In hopes of stimulating the state’s economy, many of the leading Funders gave a higher priority to payment of the debt than to the schools. That cost them the support of many voters both black and white. 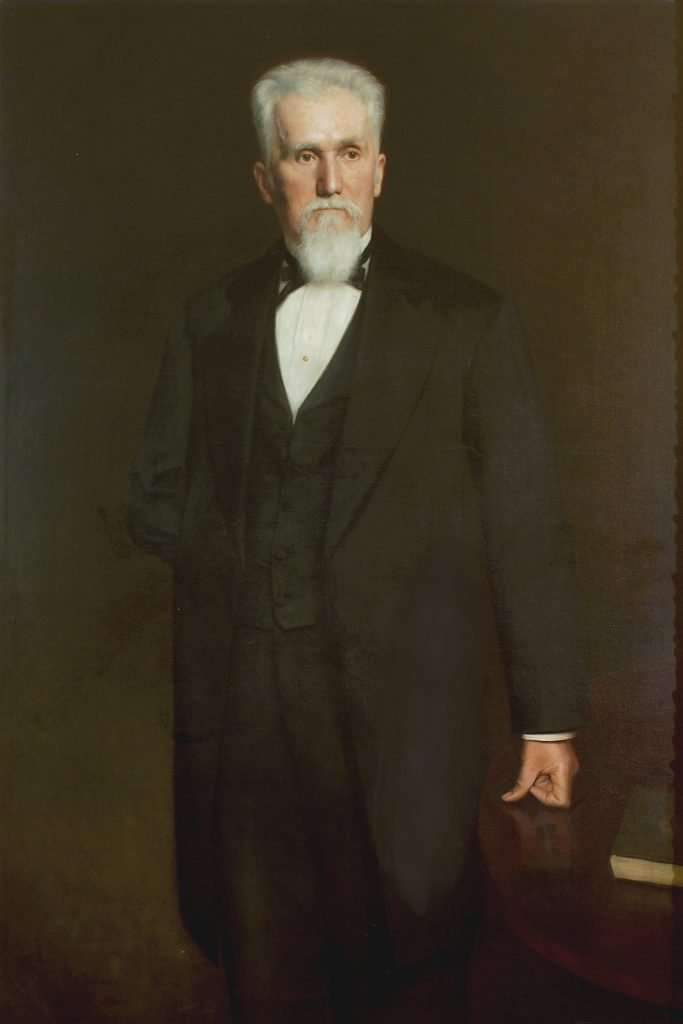 The differences in perspective between Funders and Readjusters became dramatically clear in 1878 when Readjusters in the General Assembly passed a measure known as the Barbour Bill, named for its sponsor, James Barbour, a member of the House of Delegates. It required that a portion of the state’s tax revenue be collected in money and not in coupons in order that the money could be spent on the public schools. During debate on the bill, a Funder member of the Virginia Senate, John W. Daniel, declared that he would rather see all the public schools in the state burned than divert money from paying the creditors in order to support the schools. Governor Frederick W. M. Holliday vetoed the bill and denounced the public school system as unnecessary. His veto message stated that tax money should be used to pay the state’s creditors and not to fund schools.

In large part because of their perceived indifference to the public schools, which had been underfinanced almost from the beginning in 1871, Funders and Conservatives were on the defensive before the 1879 legislative election. Readjusters won majorities in both houses of the General Assembly that year, and in 1880 they passed a bill to reduce the rate of interest on the debt to 3 percent for fifty years and to repudiate about one-third of the principal that the Funding Act of 1871 had promised to pay. Holliday vetoed it, too, and in 1881 Readjuster candidates defeated Funder-Conservatives to win larger majorities in the General Assembly and all the statewide offices. Daniel was the Conservative candidate for governor and lost to Readjuster William E. Cameron.

With their majority, in 1882 Readjusters passed and Cameron signed a new funding act called the Riddleberger Act, after Harrison H. Riddleberger, a member of the Senate of Virginia from the Shenandoah Valley. It provided for fifty-year, 3-percent bonds to replace all the existing bonds, reduced the principal by about one-third, and prohibited payment of taxes with the bonds’ interest-bearing coupons. At the same time, the assembly passed the first of numerous bills to prevent payment of taxes with coupons, which led to a long series of federal and state court cases about their constitutionality.

The state’s voters, including both black and white men, had repeatedly defeated the Funders at the polls when the choice was between the Funders’ insistence on paying the full interest and principal of the debt and the Readjusters’ proposal to reduce the debt in order to provide adequate money for schools. Following passage of the Riddleberger Act, the Conservative Party ceased to function, and most of its members, including Funders, reorganized themselves as a new state Democratic Party. In 1883, the new party accepted the Riddleberger Act as the final settlement of the divisive debt controversy and set out to reclaim control of the assembly by ignoring the debt, promising to support the public schools, and destroying what its campaigners incorrectly described as a radical Readjuster-Republican plan for black domination of Virginia. The Democrats won majorities in the 1883 legislative election and defeated the Readjuster candidates for statewide office in 1885.

RELATED CONTENT
Categories:
MAP
TIMELINE
March 30, 1871
The General Assembly passes "An Act to Provide for the Funding and Payment of the Public Debt," or the Funding Act of 1871.
March 1872
The General Assembly repeals the portion of the Funding Act that permits people to pay taxes with coupons.
February 22, 1878
The General Assembly passes what comes to be known as the Barbour Bill, after James Barbour. It requires that a portion of the state's tax revenue be collected in money and not in coupons in order that the money can be spent on the public schools. The governor vetoes it.
March 1, 1880
The General Assembly passes a bill to reduce the rate of interest on the debt to 3 percent for fifty years and to repudiate about one-third of the principal. The governor vetoes it.
February 14, 1882
The governor signs the Riddleberger Act, named after Harrison H. Riddleberger. It provides for fifty-year, 3-percent bonds on the debt, reduces the principal by about a third, and prohibits the payment of taxes with coupons.
FURTHER READING
CITE THIS ENTRY