Born near Paris, Kentucky, on December 16, 1862, John Fox Jr. was the son of a schoolmaster in Kentucky’s Bourbon County. He enjoyed the benefits of quality education in childhood and attended Transylvania University in Lexington, Kentucky, before graduating from Harvard in 1883. Fox then worked as a journalist in New York City before returning to Kentucky in 1885 to join his brother in a land-speculation venture that took them into the mountainous areas of Kentucky, Tennessee, and Virginia.

In 1890 Fox moved to Big Stone Gap, Virginia, and his observations about this area and its residents became the seed for several stories, including “A Mountain Europa” and “A Cumberland Vendetta,” published in Century Magazine in 1892 and 1894 respectively, and “The Last Stetson,” published by Harper’s Weekly in 1895. According to Virginia Tech professor Edward L. Tucker, Fox’s business investments in Big Stone Gap “proved to be disastrous” and “to help recover some of the money he lost, he gave public lectures. One member of his audience was Theodore Roosevelt, who, after becoming president, invited Fox to come to the White House to read his stories and to sing mountain songs to the accompaniment of his guitar.”

Fox published his first full-length novel, The Kentuckians, in 1897. The book explores a recurring theme that had brought him recognition with his earlier stories and that he would continue to explore throughout his career: the uncivilized mountaineer versus the civilized flatlander. The former appears in the character of Boone Stallard, a Kentucky legislator with a mountain background and a lawless family (his mother smokes a pipe while his brother sits in jail). The latter is represented by Randolph Marshall, heir to a tobacco fortune. Conflict comes in the form of Anne Bruce, who, as daughter of the governor, is of Marshall’s class but finds herself attracted, instead, to Stallard. 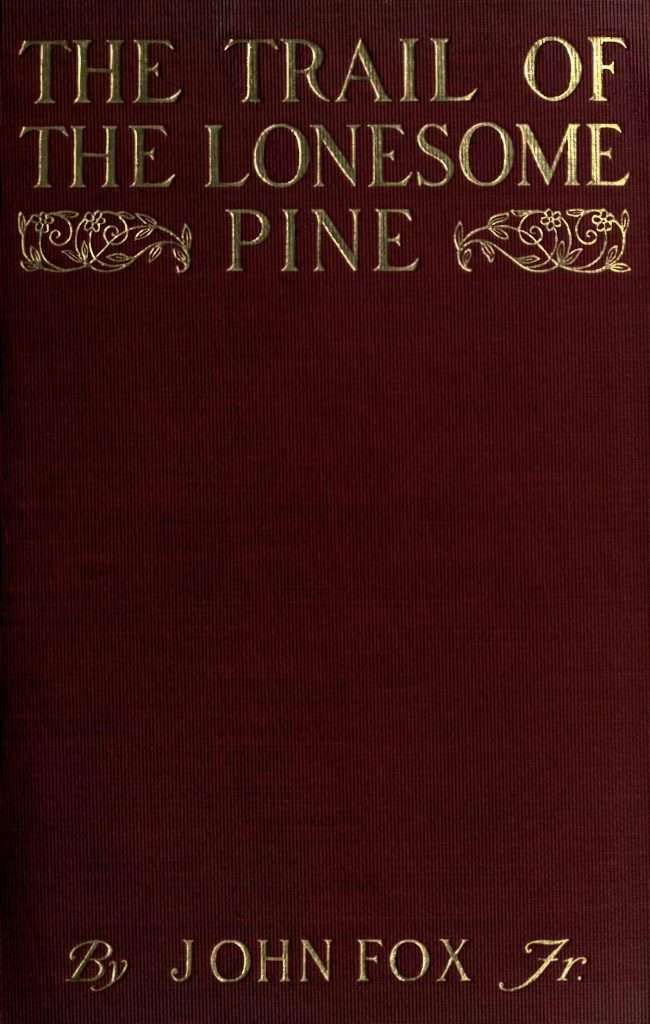 The Trail of the Lonesome Pine

Six years later, Fox more firmly established his place in the era’s popular literature more firmly with The Little Shepherd of Kingdom Come, a tale set during the American Civil War (1861–1865). In it, the mountain shepherd Chad Buford is taken in by the well-to-do soldier Major Calvin Buford, and later the two discover they are related. Little Shepherd is considered to be one of the first books printed in the United States to sell a million copies, and as a consequence it relieved Fox of his debts.

Fox interspersed his career as a novelist with stints in journalism, serving as a correspondent during the Spanish-American War (1898) and in 1904 during the Russo-Japanese War (1904–1905). His follow-up to Little Shepherd, The Trail of the Lonesome Pine, which examined the impact of the coal industry on Appalachia and the boom-and-bust cycle of the period, was also a best seller. The novel’s central love story, between a mountain girl and a flatland man, takes place in Big Stone Gap, a setting of lawless feuding and tensions resulting from the intense (and ultimately unsuccessful) outside investment in industry, of which Fox himself had been a part. But the novel also records and illuminates the local way of life: simple entertainments, religion, agriculture, and crafts.

With an advance sale of 100,000, The Trail of Lonesome Pine eventually sold two million copies. It was adapted for the stage and produced at the New Amsterdam Theater in New York in 1912. Cecil B. DeMille wrote, directed, and produced a film version in 1916, while other versions appeared in 1914, 1923, and 1936. An outdoor drama adaptation of the novel has appeared every summer since 1964 in the town of Big Stone Gap. The town also showcases Fox’s home, built in 1888.

Following the success of The Trail of the Lonesome Pine, Fox married Fritzi Scheff, a star of the Metropolitan Opera, in 1908. (He had dedicated the novel to her.) Although Scheff frequently visited Big Stone Gap and became an occasional addition to local entertainment, she and Fox ended their tumultuous marriage in 1913. Fox’s later works did not enjoy the same success as his two most popular novels. He died of pneumonia on July 8, 1919, and is buried in Paris, Kentucky.

Contemporary critics have taken issue with Fox’s now-outdated portrayal of the mountain people he chronicled, including his presentation of women as subservient and his contribution to the “mountaineer” stereotype of Appalachian residents. He is regarded as a noted practitioner of the local-color genre, however, which was a dominant mode of American fiction writing after the Civil War, and he is mentioned alongside other local-color writers such as Kate Chopin, Harriet Beecher Stowe, and Thomas Nelson Page. If Fox’s stories are now sometimes seen as sentimental toward his Appalachian characters and setting, the same is true of the local-color genre in general and southern regionalism literature in particular.