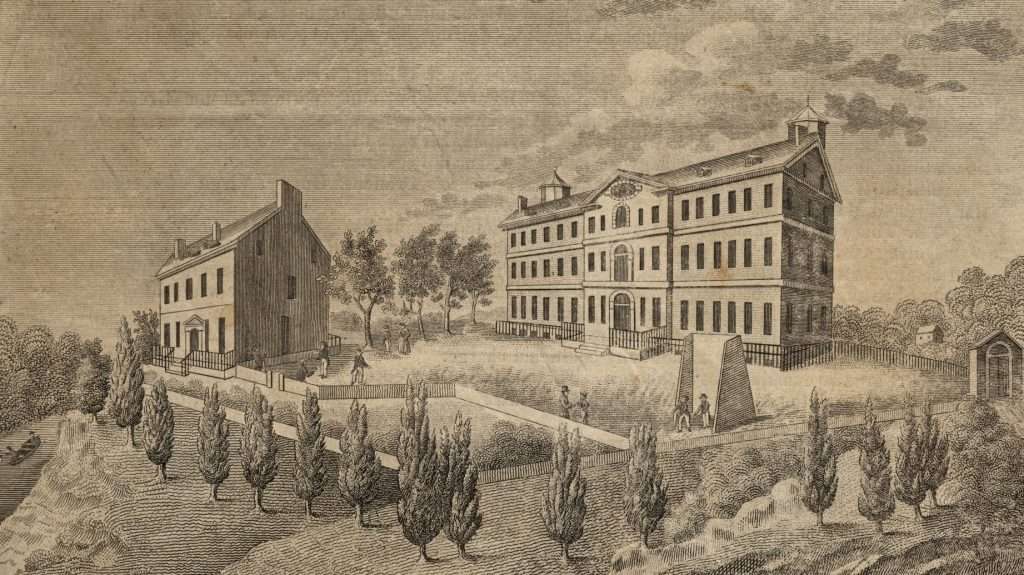 Faulkner was born on July 2, 1806, in Martinsburg and was probably named James F. Faulkner. He was the son of an immigrant Irish merchant, James Faulkner, and Sally (or Sarah) Mackey Faulkner, who died in 1809. His father, who commanded the Virginia artillery at Craney Island that repulsed a major British attack in June 1813, was a broken man emotionally and physically thereafter and died in April 1817. Left an orphan, Faulkner developed a passionate ambition, inexhaustible energy, and a need for wealth through which to achieve prestige, influence, and greatness. He attended Georgetown College (later University), where he earned an A.B. in 1822. As a young man he took the name Charles James Faulkner, perhaps in emulation of the British statesman Charles James Fox. 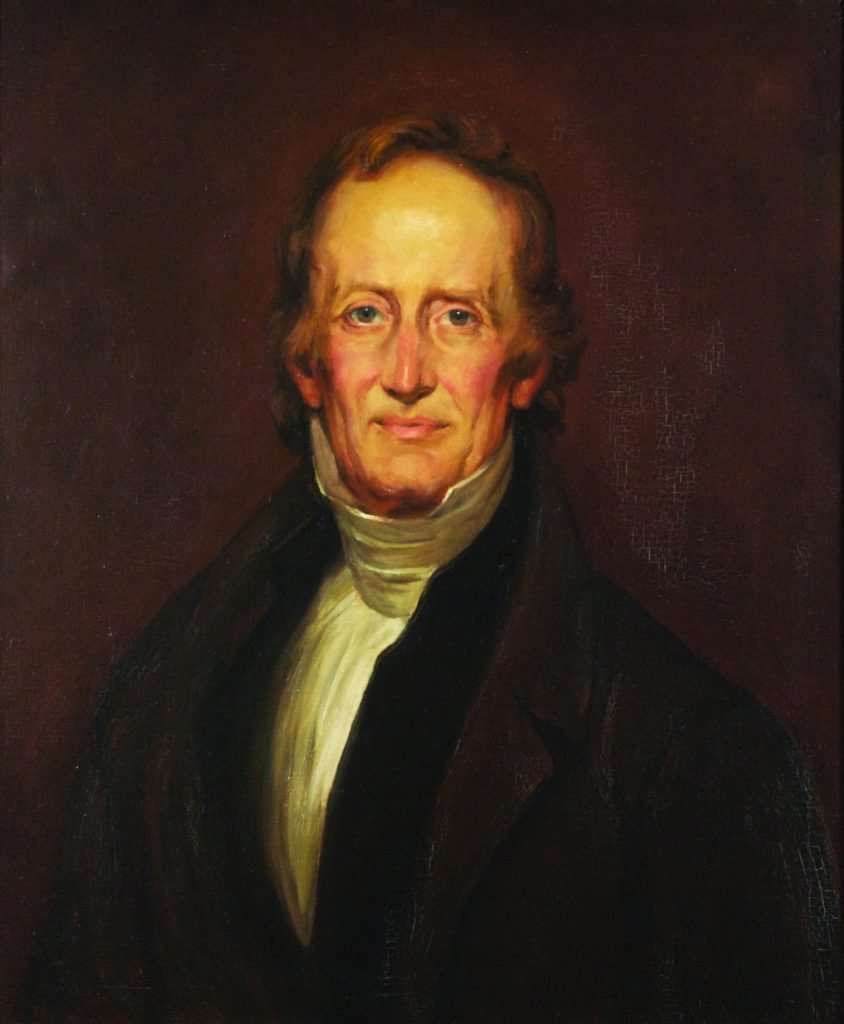 Whatever explained his change of name, Faulkner sought honor through the patronage of local Shenandoah Valley elites, including Henry St. George Tucker, at whose Winchester school he read law. His most important patron was Elisha Boyd, one of Berkeley County‘s leading citizens and a member of the Convention of 1829–1830. On September 26, 1833, Faulkner married Boyd’s daughter, Mary Waggoner Boyd, at the Martinsburg family mansion, Boydville. They had six daughters and two sons, one of whom, Charles James Faulkner (1847–1929), represented West Virginia in the U.S. Senate from 1887 to 1899. 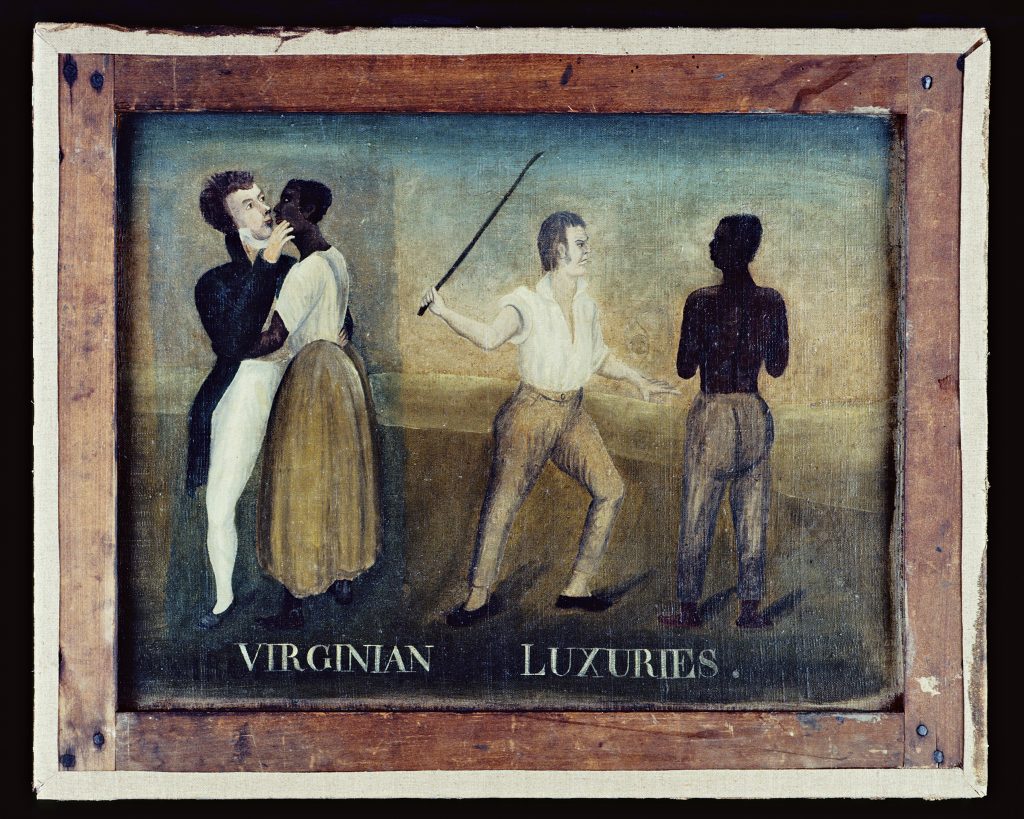 Faulkner attended a meeting in Charlottesville in the summer of 1828 that James Madison chaired to call on the General Assembly to develop Virginia’s economic and transportation infrastructures. In 1829 Faulkner won election to a one-year term representing Berkeley County in the House of Delegates. He served on the Committees for Courts of Justice and on Claims. Faulkner won election to one-year terms again in 1831, 1832, and 1833 and served on the Committee for Courts of Justice and on the joint committee on the library during all three assemblies. On January 14, 1832, when the members of the House of Delegates debated the future of slavery in Virginia, Faulkner made a long speech that described slavery as an inherited evil institution that retarded economic development and endangered the safety of white people. He endorsed a plan of gradual emancipation that he hoped would not infringe on the property rights of enslavers. Indeed, he enslaved people until the Civil War. His address was published as a pamphlet (with the incorrect date in the title), which Faulkner often did later during his political career to increase the distribution of his speeches.

After abandoning a plan to run for the House of Representatives in 1833, Faulkner built up his law practice, amassing both wealth and influence. The governor appointed him in 1833 to a commission to resolve a boundary dispute with Maryland. In 1837 Faulkner won election to the Senate of Virginia for a four-year term representing Berkeley, Hampshire, and Morgan Counties. He served again on the joint library committee and on the Committee on General Laws. Faulkner won reelection in 1841 but resigned shortly before the end of the session in March 1842. A year later he was an unsuccessful Whig candidate for Congress. He supported Henry Clay in national politics, and he believed in commercial development, especially through railroads, and in social progress, especially through education. Like many other Whigs, he was also temperamentally devoted to law and order and had a conservative taste for restrained, gradual change. He was nothing if not fundamentally a pragmatist.

In 1848 Faulkner again won election to the House of Delegates and resumed his service on the Committee for Courts of Justice and the joint library committee. In the summer of 1850 he was one of four delegates elected to represent the counties of Berkeley, Clarke, and Jefferson in the convention that met in Richmond from October 14, 1850, to August 1, 1851, to revise the state constitution. Faulkner served on its critical Committee on the Basis and Apportionment of Representation. He expressed the common sentiments of western Virginians in criticizing the state’s policy of incurring a large public debt for the construction of canals and railroads, principally because westerners had received few of the benefits. In a major speech on March 26 and 27, 1851. Faulkner endorsed retaining the property qualification for the franchise as a proper method of protecting the rights of owners of property as well as taxing slaves according to their market value. He also expressed his preference that seats in the assembly be apportioned on the basis of qualified voters. He ultimately voted for universal white male suffrage and for the compromises that the convention incorporated into the new constitution for determining representation in the assembly. They permitted the eastern counties of Virginia, where the largest number of slaves resided, to retain a majority of seats in the Senate of Virginia until 1865, even though a minority of the white residents of Virginia resided in the eastern region. 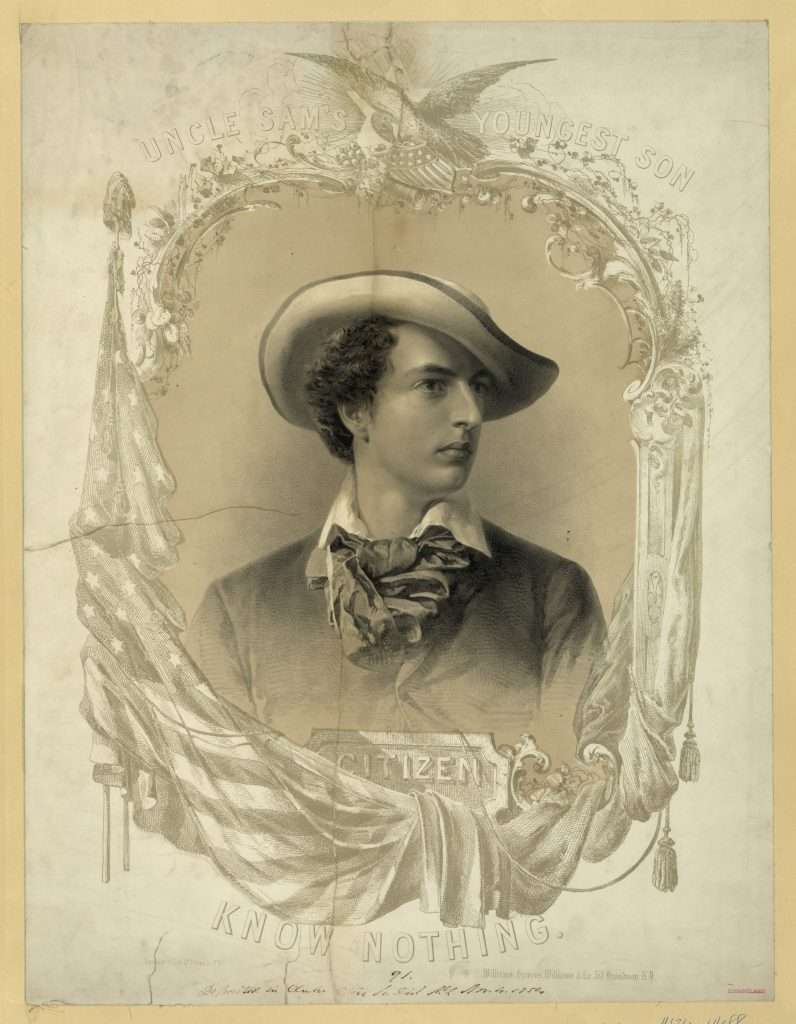 In October 1851 Faulkner defeated former Democratic congressman Henry Bedinger to win the first of four consecutive two-year terms in the House of Representatives from the district consisting of the counties of Berkeley, Clarke, Frederick, Hampshire, Jefferson, Morgan, Page, and Warren. He served on the Committee on Roads and Canals. Switching parties and becoming a Democrat, in 1853 Faulkner defeated the Whig candidate, Alexander Robinson Boteler, after the district was enlarged to include Loudoun County. Faulkner defeated Boteler again in 1855 when Boteler ran on the American (Know Nothing) ticket, and in 1857 he defeated his former convention colleague William Lucas, who was also a former congressman. During Faulkner’s six years in the House as a Democrat he served on the Committee on Military Affairs and for one term on the Committee on the Library. When Faulkner ran for reelection in 1859, Boteler defeated him in a close contest.

Faulkner’s calculating side was never more evident than in his switch of parties. His decision had more to do with the changing fortunes of the Whig Party in general and the demographics of the lower Valley in particular than it did with any shift in philosophy or principle. In an era in which party loyalty was akin to family blood, the move cemented Faulkner’s reputation among his enemies (both old and new) as a self-seeking opportunist. The party switch was a root cause of Boteler’s challenging him to a duel in 1855, but after Faulkner refused to appoint a second to receive the challenge intermediaries worked out a settlement. 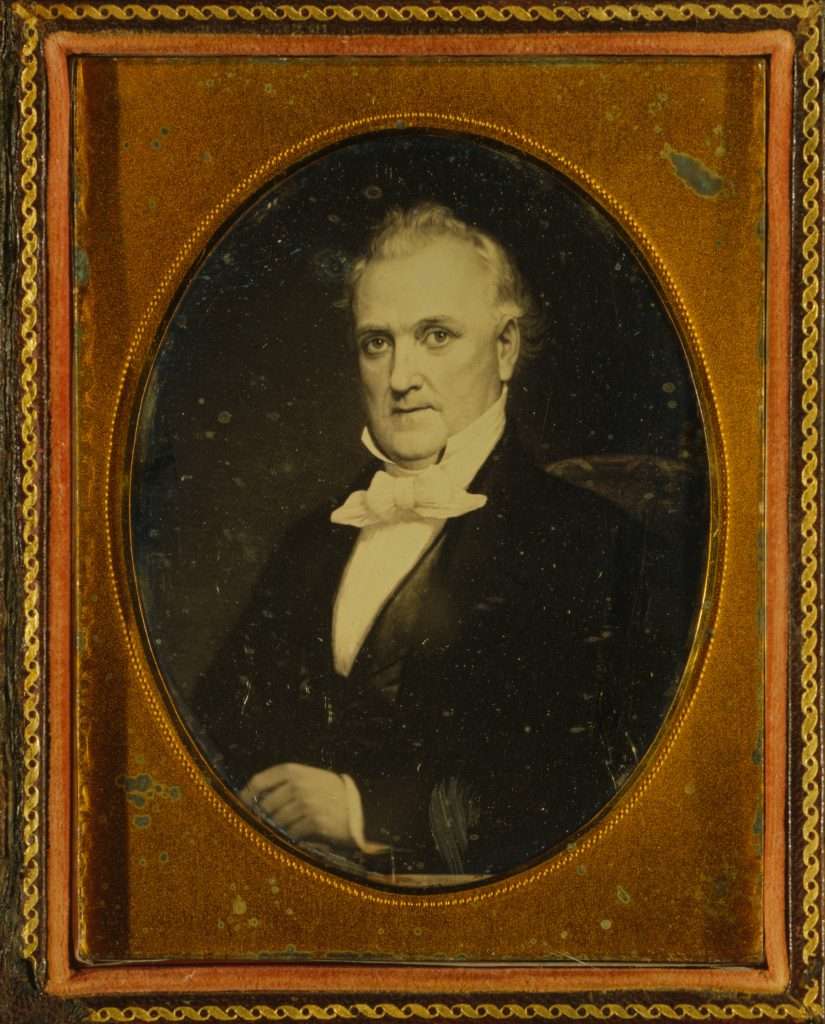 On January 9, 1860, President James Buchanan appointed Faulkner minister to France. Confirmed by the Senate one week later, Faulkner served in France for only about a year because in March 1861 President Abraham Lincoln recalled him and appointed a Republican to succeed him. Faulkner was thus out of the country during the secession crisis and the beginning of the Civil War. When he returned in August 1861 the United States government imprisoned him and charged him with using his diplomatic post to negotiate arms sales to the Confederacy. In December the government exchanged Faulkner for New York Representative Alfred Ely, who had been captured at the First Battle of Manassas, or Bull Run. 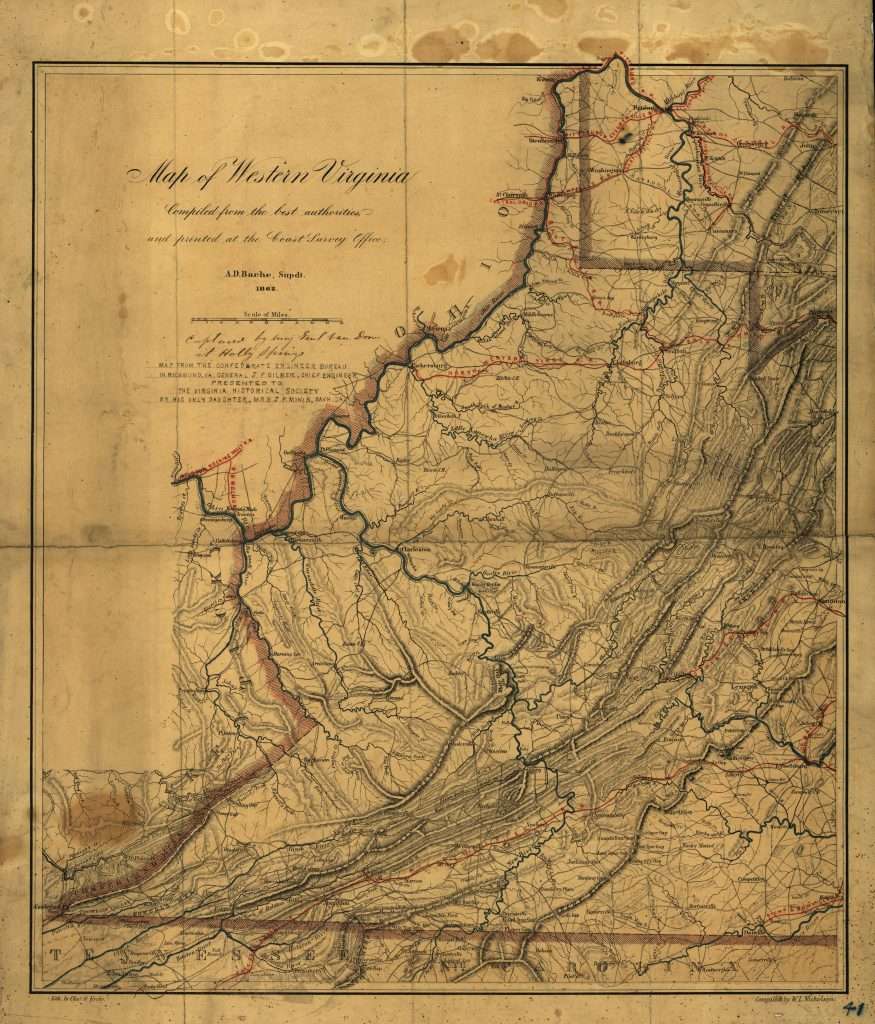 Throughout the Civil War and afterward Faulkner always insisted that secession was unwise and unjustifiable, although for a time in 1862 and early in 1863 he wrote battle reports as Thomas J. “Stonewall” Jackson’s chief of staff. Otherwise, Faulkner sat out the war and lived in Appomattox County with his two sons-in-law, one of whom was the last Speaker of the Confederate House of Representatives, Thomas Salem Bocock. Whether Faulkner approved of the creation of West Virginia is an open question, but ever the realist he accepted it as an irreversible fact of the war and spent the remainder of his life seeking to make West Virginia prosper. He resumed his law practice and in 1870 became president of the Martinsburg and Potomac Railroad Company.

Faulkner took a leading role in 1871 and 1872 in revising the West Virginia Constitution. Widely publicized resolutions that he introduced in a public meeting in Berkeley County in the summer of 1871 and a draft of revisions that he prepared at the end of the year and that was printed in many of the state’s Democratic newspapers set the agenda for the convention. His proposals included removing political disabilities from West Virginians who had supported the Confederacy; allowing the voters to determine whether to discontinue voting by ballot in favor of the voice vote in use before 1863; limitations on the General Assembly’s authority but with power lodged in the state to regulate railroads; granting the governor a veto and also a line-item veto of appropriations bills, subject to being overridden by the General Assembly; revisions to county government structure; and preservation of the public school system. As a member of the convention Faulkner was active and influential, although the convention did not adopt all of his proposals when modifying many of the progressive features of the state’s first constitution.

In 1874 Faulkner once again defeated his old rival, Boteler, who by then had been a Republican for a decade, and returned to Congress for a final two-year term. Faulkner died at Boydville in Martinsburg, West Virginia, on November 1, 1884, and was buried in the family plot in the city’s Norbourne Parish Cemetery.