Farmer was born on December 5, 1909, in Keysville, Charlotte County, and was the daughter of Florence Womack Farmer and Horatio Weldon Farmer, a wheelwright. In 1915 the family moved to Richmond, where her father managed an automobile repair shop and later worked as an insurance agent. She attended public schools and in 1931 received a BA in history from Westhampton College, part of the University of Richmond. Having earlier taken several summer classes at the university’s T. C. Williams School of Law, Farmer continued her legal training there. She completed an LLB in 1933 and was awarded a medal for being the best all-around graduate in law. 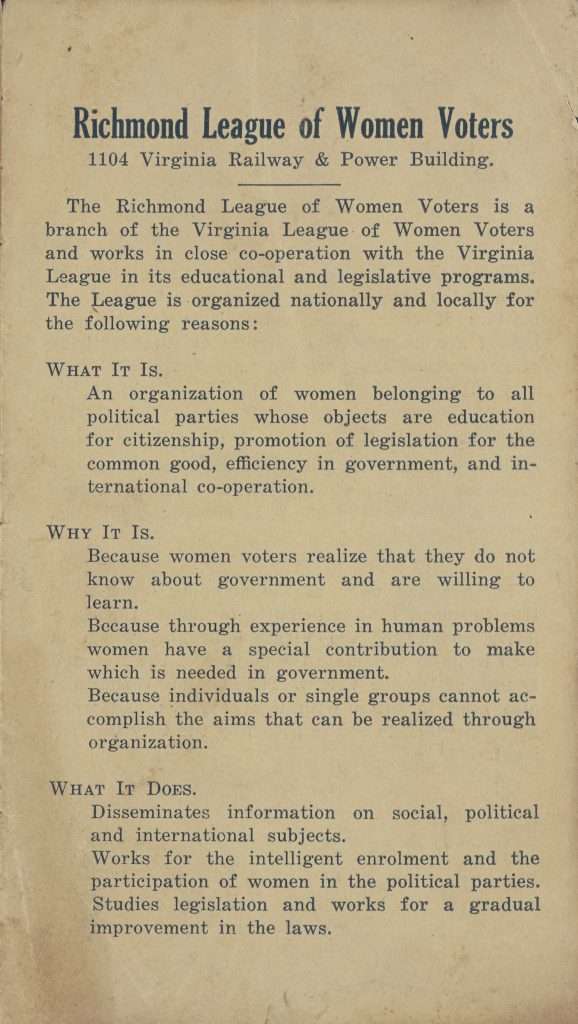 lthough Farmer quickly passed the state bar examination in December 1933, she continued working as secretary to the dean of the law school, a position she had first taken on a part-time basis while a student. She held several offices in the Richmond chapter of the American Association of University Women, including director (1933–1934) and legislative chair (1934–1936), and also served as legislative chair of the statewide branch from 1934 to 1936. Farmer was secretary of both the Virginia Consumers’ League and the Virginia Social Science Association in 1935. As president of the Virginia Women’s Council of Legislative Chairmen of State Organizations (later the Virginia Council on State Legislation) in 1938, she spoke on the radio, gave public addresses, and testified before legislative committees. She sat on the board of the Richmond League of Women Voters that year and was a member of the Virginia State Bar Association. 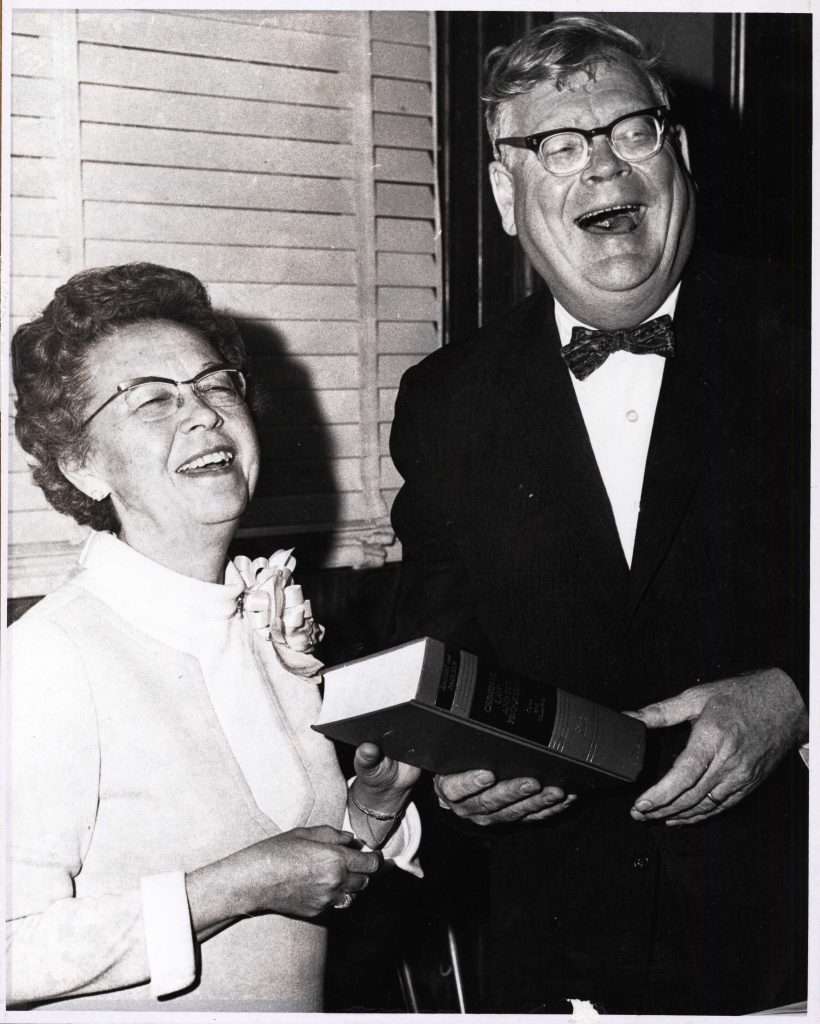 In 1938 Farmer completed a Columbia University summer course in law library administration and became law librarian at the University of Richmond. She moved to Charlottesville in 1942 when the University of Virginia hired her as senior cataloger at its law library and as executive secretary of the law library committee. When she arrived, the library had no catalog and fewer than 40,000 books, but under her direction and with funds from a special appropriation by the General Assembly, the collection was cataloged within twenty-eight months and the number of new volumes increased annually. Farmer encouraged the involvement of the law school’s alumni association, of which she served for many years as secretary-treasurer; its fund-raising for acquisitions during the 1940s and 1950s exceeded the annual state appropriation for collection development. She began teaching a course in legal bibliography and was appointed law librarian in 1945.

With Ray Doubles, Farmer wrote a Manual of Legal Bibliography (1947). She also edited The Wilson Reader (1956), a collection of speeches by and articles about Woodrow Wilson. A recognized expert in the field of legal librarianship, Farmer published articles in the Law Library Journal and acted as a consultant to law libraries across the nation. She promoted the publication of legal literature in microform and advised publishers in that industry. In 1959 Farmer, who was known for both her tough demeanor and her keen sense of humor, won election to a one-year term as president of the American Association of Law Libraries. Her reputation extended internationally, and the Nigerian government invited her to join an advisory group of librarians at a 1975 conference on law libraries held in Lagos.

Frances Farmer and the University of Virginia School of Law

In 1963 Farmer was one of several University of Virginia librarians elected to the general faculty as associate professors. Effective August 1, 1969, she was granted the rank of full professor, making her the university’s first female law professor. During her career, she helped the law library grow to more than 300,000 volumes. Her leadership in introducing electronic resources and microforms ensured future growth. When Farmer retired in 1976, the board of visitors elected her professor emeritus. Early in the 1980s she established an endowment for the library in the names of her parents. The University of Richmond awarded her an honorary DLitt. in 1976. Farmer died in Charlottesville on September 13, 1993, and was buried in the University of Virginia Cemetery. Never having married or had children, she left her entire estate to the Law School Foundation to be used for the benefit of the law library she had been so integral in building.