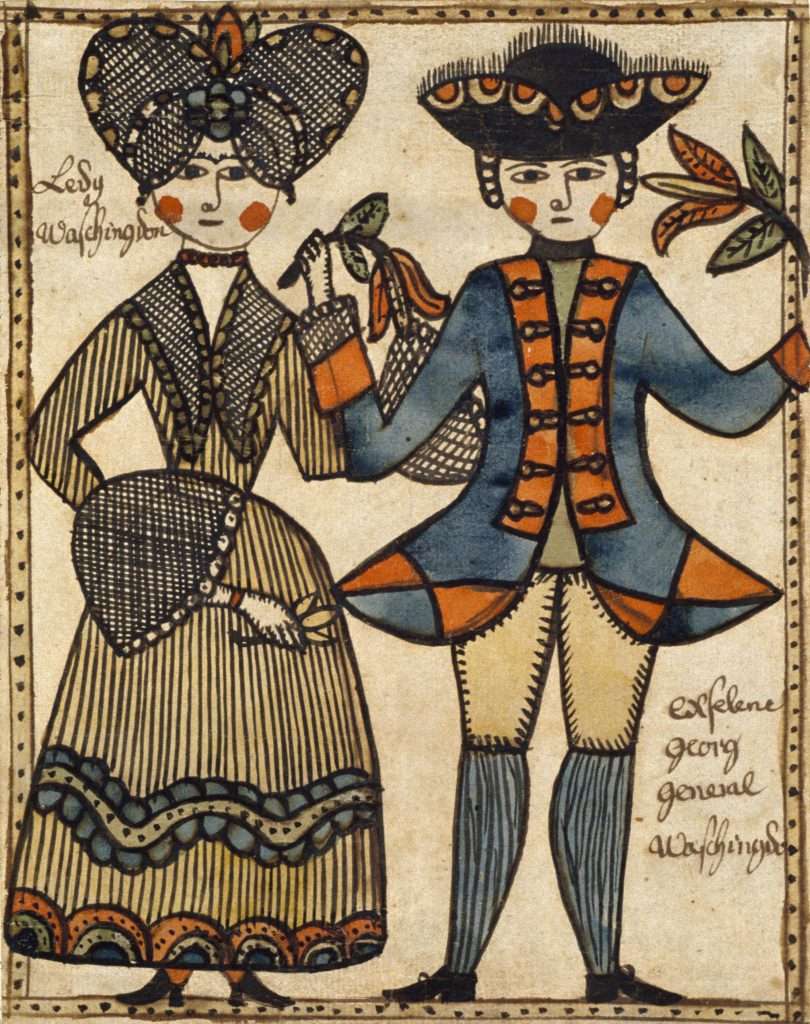 Fairfax was born probably at Towlston, the Fairfax County plantation of his parents, Bryan Fairfax, a Church of England minister, and Elizabeth Cary Fairfax. At his baptism there on May 31, 1769, George Washington and Martha Dandridge Custis Washington stood as two of his four godparents, and he remained close to them until the ends of their lives. He often visited Mount Vernon and consulted Washington on business matters. In 1788 Fairfax went to Philadelphia, where he underwent smallpox inoculation and through Washington’s good offices gained introductions to many prominent members of society. Fairfax numbered among the principal mourners at Washington’s funeral in December 1799.

At the death of his childless uncle George William Fairfax, a former member of the governor’s Council, in 1787, Fairfax inherited property in England and thousands of acres of land in Virginia, including the family seat at Belvoir, in Fairfax County. When he composed his will in 1799, he was rich enough to specify $41,500 in individual bequests to family members and friends. On February 18, 1796, Fairfax married his first cousin Elizabeth Blair Cary, daughter of Wilson-Miles Cary, a member of the Convention of 1776. They lived at Shannon Hill, an estate in the part of Berkeley County that in 1801 became Jefferson County, until about 1810, then in Alexandria, and later at Mount Eagle, in Fairfax County. In twenty-four years they had at least nine sons and six daughters, of whom at least three sons and one daughter died in infancy or childhood. 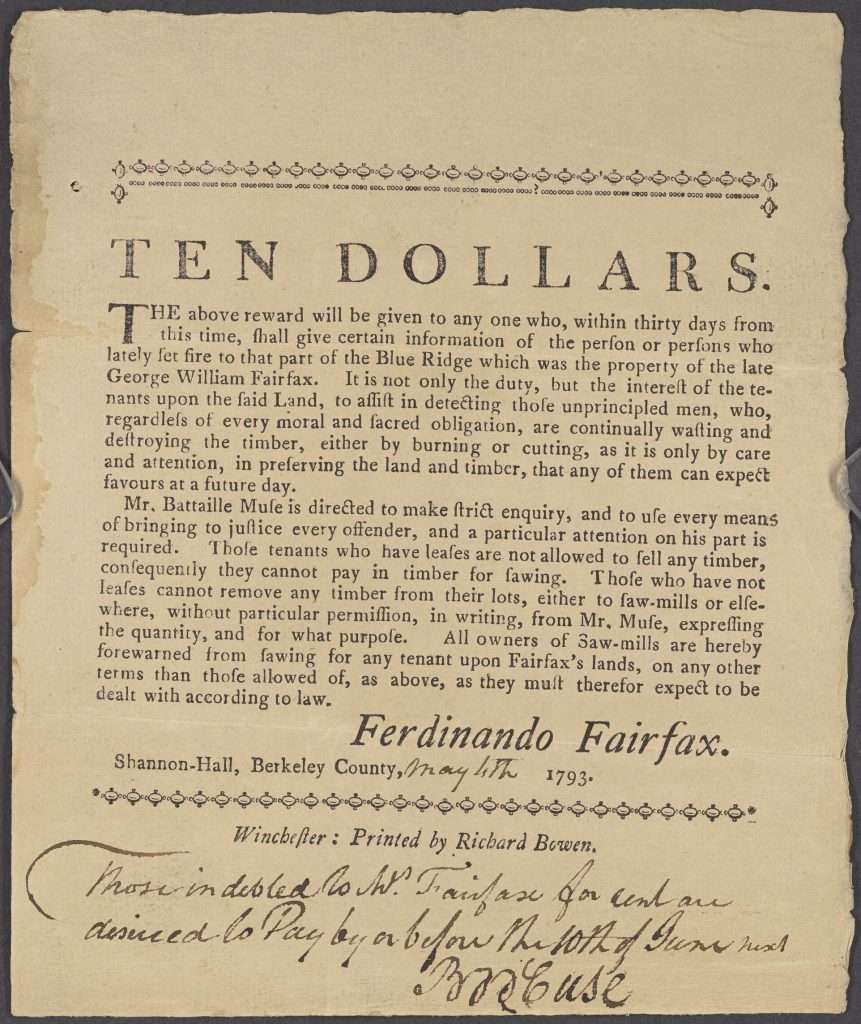 Fairfax engaged in a variety of large-scale business enterprises, not all of them financially successful. His interests included making brick, selling timber, raising sheep, and owning and operating an ironworks, a tavern, a distillery, a brewery, and a mill. Fairfax joined the Freemasons in Alexandria in 1792, became a trustee of the Charles Town Academy in 1795, and served as a justice of the peace after the creation of Jefferson County in 1801. He also helped build a market house in Charles Town in 1806. The following year he attempted to found a weekly newspaper there but relinquished the project to another man. Fairfax delivered the Fourth of July oration in Charles Town in 1805 and published it three years later in a seventy-three-page pamphlet.

As a young man Fairfax became a follower of the Swedish mystic Emanuel Swedenborg and remained committed until his death. In December 1790, perhaps as a consequence of that religious conversion, Fairfax published in the American Museum, or, Universal Magazine his “Plan for Liberating the Negroes within the United States,” which advocated gradual emancipation of slaves and passage of a congressional act to offer inducements for owners to free slaves and also to assume the expense of colonizing freedpeople in Africa. During his life, Fairfax freed several enslaved people and sold others with the understanding that they be freed in the future. In an 1806 codicil to his will he specified that none of his children should inherit any portion of his estate if they held any slaves for life. Fairfax also stipulated that the slaves above ten years of age belonging to his estate at the time of his death, excepting those reserved as household servants for his wife during her lifetime, should all be sold for life on condition that their future children be freed at age twenty-one, that children then younger than ten be freed at age twenty-eight, and that all of them be prepared mentally and morally for their freedom. Fairfax signed the constitution of the American Society for Colonizing the Free People of Color of the United States (popularly known as the American Colonization Society), founded in December 1816. 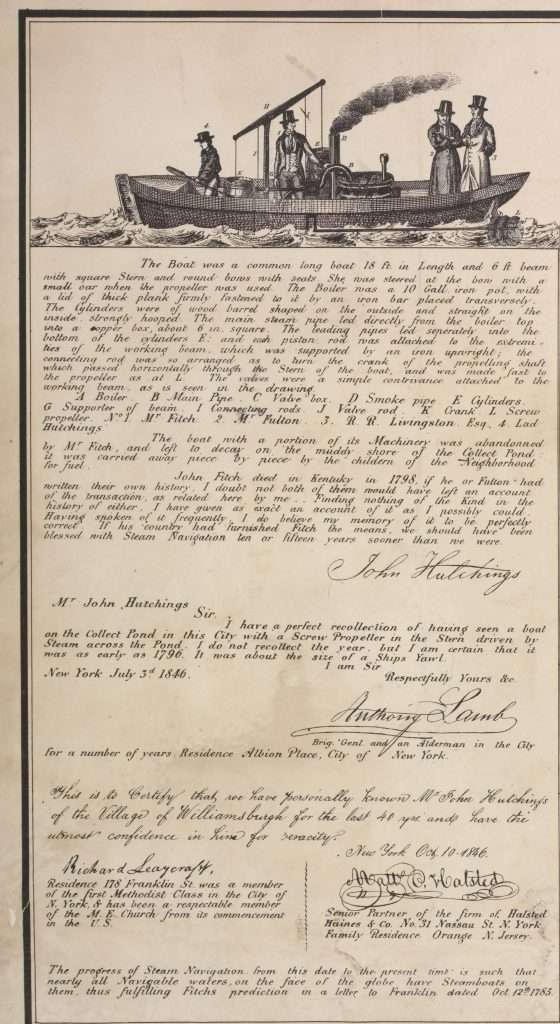 Fairfax had artistic talent and painted at least one oil portrait, of Elizabeth Gibson, of Charles Town. He was known for lavish hospitality and as a man of cultivated mind and charming manners. Fairfax’s large family and handsome lifestyle exceeded his success in business, however. In 1810 he let it be known that he would accept a government job if it were offered, and by the mid-1810s he had to sell the contents of the Alexandria townhouse that he rented and many tracts of land in northern and western Virginia. Fairfax simultaneously pursued a campaign to challenge the several state monopolies that Robert Fulton had obtained for his steamboats and a plan contrived after Fulton’s death to renew a federal patent that might create a potential monopoly. Having purchased the patents held by John Fitch, one of Fulton’s early competitors, Fairfax probably invested money in pursuit of the cause. He unsuccessfully petitioned the U.S. Senate in 1816 in opposition to the patent application.

Ferdinando Fairfax died at Mount Eagle, in Fairfax County, late on the night of September 24, 1820, or very early the next morning. His will directed that he be buried simply near the place of his death and that eulogies be omitted. According to tradition, he was initially interred in a family plot at Ash Grove, his brother’s estate in Fairfax County, but conflicting accounts suggest that his body was later moved. One of the Washington newspapers, no doubt not knowing of his aversion to memorials, published a short but flattering obituary characterizing him as “a polite and an accomplished gentleman, possessing every kind of knowledge except that of worldly:—he was sober, frugal, and industrious, yet more money escaped from him than from any other man.”