Between 1638 and 1648, a series of conflicts pitted King Charles I and his supporters (called Cavaliers) against groups who opposed his rule—the Covenanters in Scotland and the Parliamentarians (or Roundheads) in England. Charles I’s armies were defeated by Parliamentarian troops in 1645 and again in 1648. The king was taken prisoner in 1648 and in January 1649 stood trial before a court established by the Rump Parliament. (The Rump, as it is often called, consisted of those members of the Long Parliament, assembled in 1640, who remained after troops under Colonel Thomas Pride purged that legislative body of men who supported signing a peace treaty with the king.) After being found guilty of high treason, Charles I was executed on January 30, 1649. 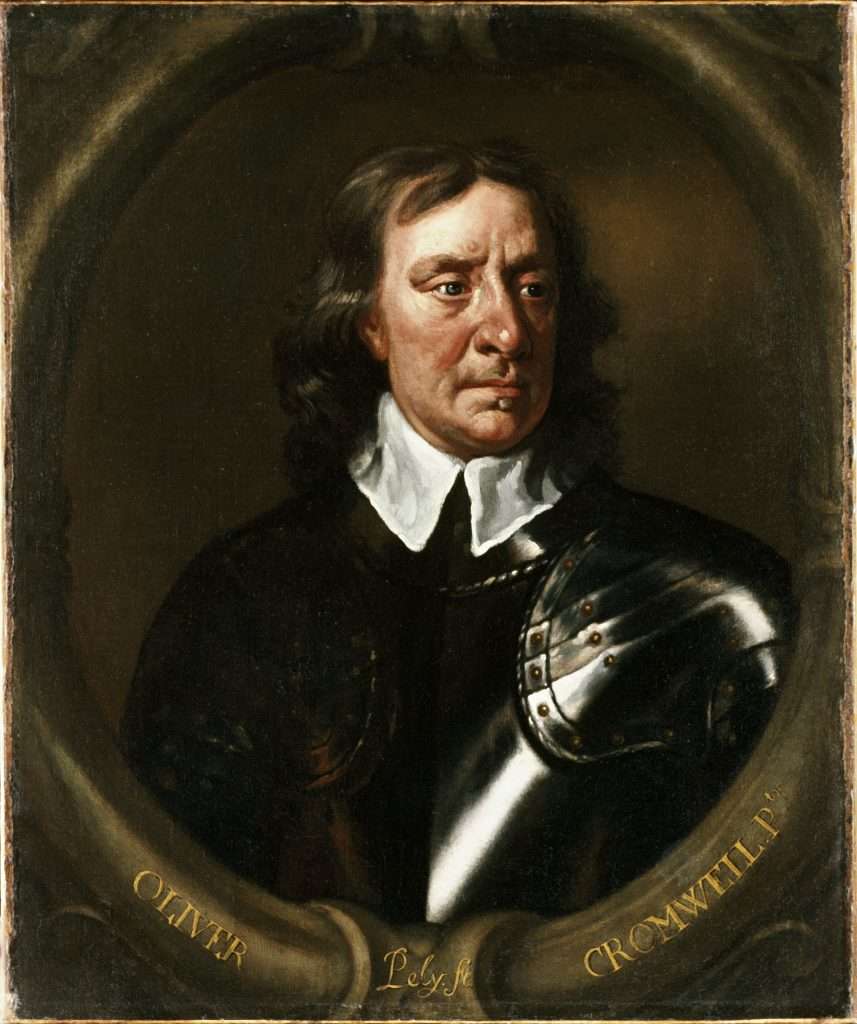 The English government was reorganized as a republic, without a monarch or House of Lords. Under this new government, called the Commonwealth, Parliament acted as both executive and legislative branch. The Commonwealth oversaw the conquest of Ireland and Scotland; it also forced the colonies such as Virginia that opposed regicide and republicanism to accept its authority. This government endured until 1653, when Oliver Cromwell, the Puritan statesman who had led the Parliamentarians to victory, forcibly dissolved a conflicted Parliament. Cromwell helped assemble another legal body called the Barebones Parliament (so named for one of its members, lay preacher Praise-God Barebone), composed of his political allies who were often his fellow religious radicals. But when the Barebones Parliament was unable to govern effectively, Cromwell was made Lord Protector of England. After Cromwell died in September 1658, his son Richard Cromwell succeeded him, but stepped down just nine months later. The republic resumed, but infighting among members of Parliament created an opening for forces under George Monck, the English governor of Scotland, to march to London and restore the Long Parliament. In May 1660, Charles II, son of the executed monarch, was recognized by Parliament as the King of England.

From the outbreak of civil war in 1642 until the regicide in 1649, the political upheaval in England affected Virginia trade and raised questions of allegiance. The war had stymied English shipping: ships that were not diverted to military purposes were seized, along with their cargos, as an act of war, which disrupted Virginia’s tobacco sales to its chief market and its supply of servants and trade goods. As a result, the colony’s economic survival depended on a diverse and vigorous trade. Virginia’s trade with the Dutch, New England, and the West Indies increased dramatically throughout the 1640s. As the only colony run by the Crown and not by a company of investors, Virginia had a particular responsibility for avoiding the king’s enemies, and, in some cases, for punishing them. But Virginia governor Sir William Berkeley declared a policy of neutrality, allowing Virginians to trade with any merchants who came to the colony, regardless of their affiliation. While profitable, neutrality still had its risks: in 1644, two English ships—one Royalist, one Parliamentarian—fired on each other in the James River, killing a planter who was on board one of the vessels.

Berkeley was more inclined to support his king in religious matters, introducing and supporting legislation that targeted religious nonconformists, particularly ministers. The laws were an attempt to avoid the same kind of political unrest that raged in England, where Puritans, religious dissenters who believed that the Anglican church retained too many “popish,” or Catholic, elements, usually sided with and fought for the Parliamentarians. These harsh conformity laws added to the tension that had sprung up between Anglicans and Puritans in Virginia as news of the English Civil Wars trickled overseas; by 1650, most Virginia Puritans had left the colony for Maryland or Massachusetts.

Surrender and a New Colonial Vision 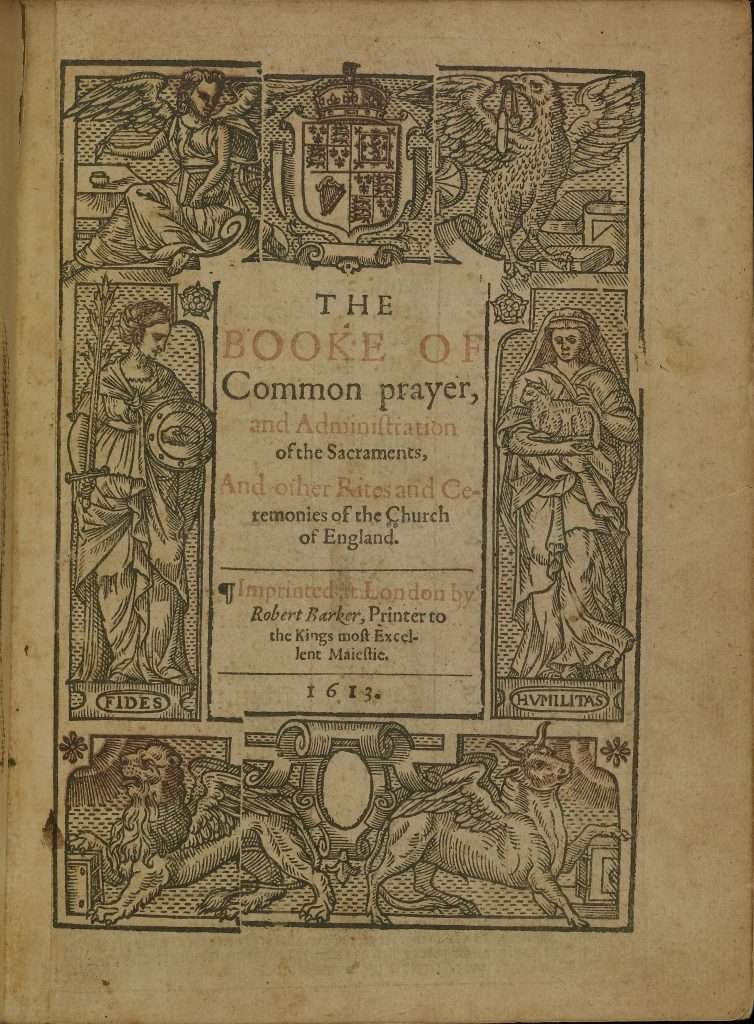 The establishment of England’s new Commonwealth government would have ended Virginia’s status as a royal colony, except that Virginia resisted this change. Rather than remain tied to England under the circumstances, Virginia was one of a number of colonies to proclaim Charles II king in 1649. In part as a response to Virginia’s intransigence, the Commonwealth enacted a set of uniform policies for all colonies with the intention of linking them more closely to England. One such policy was the Navigation Act (1651), which limited colonial trade to English merchants and vessels in the hope that the wealth produced by the colonies would benefit England alone. When Virginians resisted, Parliament blockaded the colony, forcing Governor Berkeley to surrender on March 12, 1652. Still, the General Assembly managed to negotiate free trade as one of its terms, circumventing the Navigation Act. Ironically, the law was later revived under Charles II.

After surrendering 1652, Virginia was ruled directly by the English government until the Restoration of 1660. Though Parliament forced Berkeley to step down as governor after the surrender, the colony was able to elect its own governor and Council—officeholders who had previously been appointed by the king. In a lucky if not prescient move, the governor’s Council elected Berkeley to another term as governor in March 1660, just two months before Charles II was restored to the throne. (News of the event likely did not reach the colonies until the summer of 1660.)

Having initially resisted England’s Commonwealth regime, and having reinstalled a former royal governor of its own accord, Virginia was in an excellent position to plead its loyalty to the king after the Restoration. Indeed, the colony even gained a reputation as a Royalist stronghold—a reputation some Virginians cultivated by exaggerating the number of Royalist officers, or Cavaliers, who migrated to the colony after 1648, and claiming that most Virginians were descended from the English aristocracy. While a number of Royalists—including members of the Washington, Randolph, Carter, and Lee families—sought refuge in Virginia, most remained in England or settled in Europe. And most immigrants to Virginia in the seventeenth century were indentured servants, not English gentry. Regardless, the Cavalier myth—perpetuated by romantic, nostalgic depictions of Virginia plantation life in literature and historical studies—took hold in Virginia and persisted throughout the seventeenth, eighteenth, and nineteenth centuries. Some scholars view the Lost Cause interpretation of the American Civil War (1861–1865) as an extension of the Cavalier myth.

In creating this enduring image, Virginia’s complicity with Parliament and the Commonwealth government of England was erased from memory—although colonial Virginians remained happy to acknowledge their desire for free trade, first expressed in opposition to imperial policies during these years.

RELATED CONTENT
Categories:
MAP
TIMELINE
August 22, 1642
The English Civil Wars begin when Charles I raises his standard at Nottingham to rally his supporters against Parliamentary forces.
1643
Governor Sir William Berkeley and the General Assembly agree to legislation ordering that "all nonconformists … shall be compelled to depart the collony with all conveniencie."
1644
English ships hailing from Royalist Bristol and Parliamentarian London exchange shots on the James River, killing a planter aboard one of the ships.
March 17, 1646
Parliament considers a statement by Virginia that its location in America necessitates neutrality in relation to the upheaval in England.
November 1647
The General Assembly passes an act reinforcing the use of the Book of Common Prayer by allowing parishioners to withhold tithes from nonconforming ministers.
January 30, 1649
Having been tried, found guilty of high treason, and sentenced to death by a Parliament-appointed High Court of Justice, England's King Charles I is executed.
May 14, 1649
Charles II, son of King Charles I, writes to the Virginia councilors renewing their appointments and indicating his intention to rule the colony as his father did before him.
Summer 1649
News of Charles I's death arrives in Virginia; Governor Sir William Berkeley proclaims Charles II king.
October 10, 1649
The House of Burgesses, meeting for the first time since news of Charles I's death reached Virginia, enacts legislation punishing those who publicly support the regicide or refuse to acknowledge Charles II as king.
August 1650
The Parliament of the Commonwealth government of England enacts an informal embargo of the colonies that assert their support for Charles II and their refusal to come under the authority of the new Commonwealth government, among them Barbados, Bermuda, and Virginia.
March 1651
News of the trade embargo against Virginia arrives in the colony. Governor Sir William Berkeley delivers a defiant speech against the Commonwealth government of England and its trade policies.
September 1651
The Commonwealth government of England sends fifteen ships to Virginia under Captain Robert Denis. Denis's fleet stops briefly at Barbados to augment the force blockading that colony. Only four of the fifteen ships make it to Virginia, arriving in late December and early January; the other ships sink en route.
September 3, 1651
Charles II, son of the executed king, and his forces are defeated by Oliver Cromwell's army at the Battle of Worcester in England.
September 26, 1651
The English Council of State appoints Richard Bennett and William Claiborne to a four-man commission to force or negotiate the submission of the Chesapeake Bay colonies to the Commonwealth of England.
October 9, 1651
Parliament passes the Navigation Act, which requires all goods shipped to and from the American colonies to travel in English ships and excludes Dutch vessels from American ports, thereby denying Virginia planters their best trading partners.
January 11, 1652
After enduring a two-month blockade by a fleet commanded by Sir George Ayscue, Barbados surrenders to the Commonwealth government. Shortly thereafter Ayscue sends a ship to Virginia to carry the news that Virginians represent the sole opposition to the English republic's authority.
January 19, 1652
Edmund Curtis, Richard Bennett, and William Claiborne, the three surviving commissioners sent to Virginia to negotiate its surrender, send a summons to Governor Sir William Berkeley and his council.
March 12, 1652
Supported by a Parliamentary fleet, Richard Bennett, William Claiborne, and Edmund Curtis accept Virginia's bloodless capitulation at Jamestown. Two weeks later they obtain the surrender of Maryland's leaders as well.
April 30, 1652
The General Assembly elects Richard Bennett to the office of governor, vacated by Sir William Berkeley after the capitulation of Jamestown to Parliament.
Spring 1652
The House of Burgesses elects William Claiborne senior member of the governor's Council and secretary of the colony.
April 19, 1653
Oliver Cromwell forcibly dissolves Parliament. The legal body's replacement, a nominated assembly of religious men known as the Barebones Parliament, votes for its own dissolution in December.
December 15, 1653
Oliver Cromwell is appointed Lord Protector of England.
January 2, 1655
A group of English merchants petitions Lord Protector Oliver Cromwell for permission to cruise the Chesapeake and seize any ship trading illegally there. Cromwell denies the petition, but the request indicates that the merchants believe Virginia is routinely violating the trade restriction policy.
September 3, 1658
Oliver Cromwell, Lord Protector of England, dies at age fifty-nine. His son Richard Cromwell succeeds him, but is removed from his position by a faction of the British army just nine months later, in May 1659.
March 1660
Former Virginia governor Sir William Berkeley is restored to power after the sudden death of his predecessor, Samuel Mathews.
March 1660
The General Assembly votes to open trade to ships of all "Christian nations," in effect setting aside the Navigation Act.
May 29, 1660
After nearly a year of political chaos in England, the Stuart monarchy is restored and Charles II is recognized by Parliament as king.
October 11, 1660
The Virginia records refer to Governor Sir William Berkeley as "his Majesties Governor," reflecting the restored monarchy in England. The General Assembly requests that Berkeley plead the colony's loyalty to the king.
December 1, 1660
Parliament's revision of the Navigation Act goes into effect. According to the law, the colonies are only able to engage in trade with ships "whereof the master and three-fourths of the mariners at least are English."
March 1661
The House of Burgesses designates January 30, the anniversary of Charles I's execution, a fasting day. This act is consistent with the Church of England's campaign to present the late king as a martyr to his religion, thereby sidestepping the political, economic, and military causes of his demise.
FURTHER READING
CITE THIS ENTRY