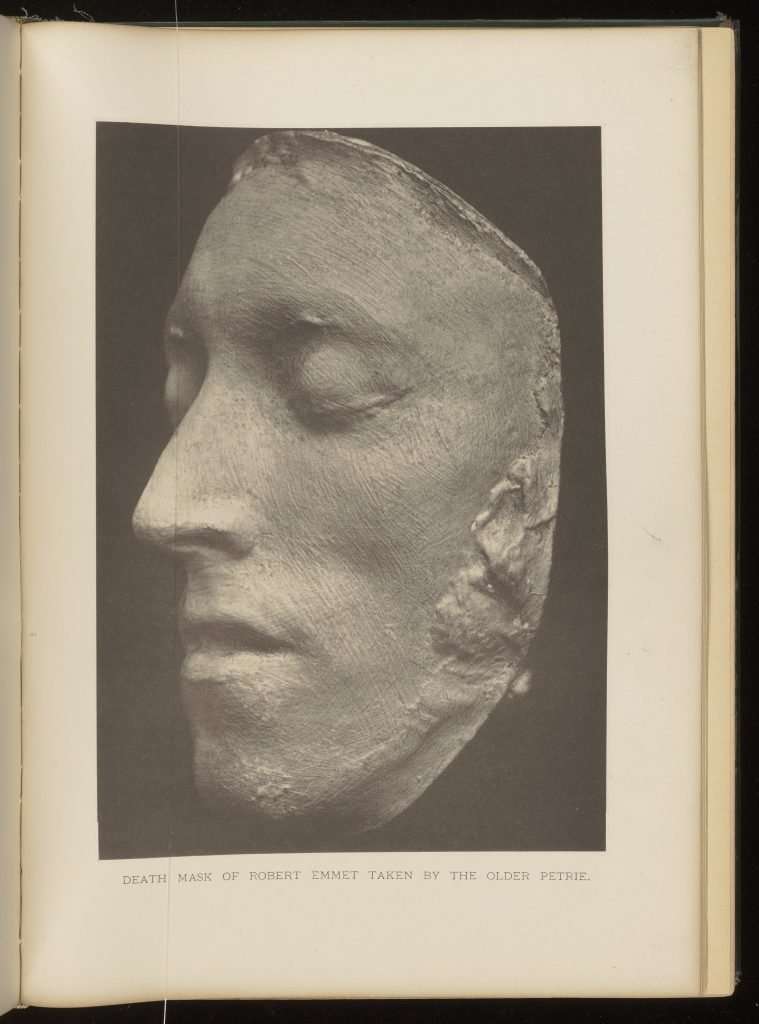 Death Mask of Robert Emmet Taken by the Older Petrie.

Emmet was born on April 8, 1796, in Dublin, Ireland. His uncle, the Irish nationalist Robert Emmet, led a rebellion against English rule in 1803 and was executed for treason. His father, Thomas Addis Emmet, an attorney and member of the Society of United Irishmen, was arrested following the 1798 uprising and spent several years in prison. After his release, he lived for a time in Brussels and in Paris before departing for the United States in 1804 with his wife, Jane Patten Emmet, and their older children. John Patten Emmet and his two younger siblings remained with other family members in Dublin until March 1805, when they left to join their parents in New York. Shortly before sailing Emmet contracted smallpox, measles, and whooping cough in rapid succession, which left his health permanently impaired.

Emmet enrolled at an academy on Long Island, New York, and attended the U.S. Military Academy at West Point from 1814 to 1817, part of the time as acting assistant professor of mathematics. Poor health prevented him from completing his studies. Emmet spent the next year abroad, primarily in Italy, devoting his time to music, painting, and sculpture. From 1819 to 1822 he studied medicine at the College of Physicians and Surgeons, in New York, and developed a keen interest in chemistry. His thesis was published as An Essay on the Chemistry of Animated Matter (1822). Emmet began practicing medicine in Charleston, South Carolina. Having distinguished himself as a lecturer on chemistry, he attracted the attention of the founders of the University of Virginia.

In the spring of 1825 the new university’s board offered Emmet the chair of the School of Natural History, which embraced botany, chemistry, geology, mineralogy, and zoology. Emmet accepted and began teaching after the opening of the first term. In 1826 he also served as secretary of the faculty. By 1827 his teaching duties primarily focused on chemistry and materia medica. The new university faced many challenges, not the least of which was the recurrence of student misbehavior and unrest. Following a string of student uprisings, including assaults on faculty members, two professors resigned, but Emmet remained. His students evidently liked and respected him, even though they often had trouble understanding him when he became excited during lectures and spoke too fast and his brogue broadened.

Emmet married Mary Byrd Farley Tucker, the niece of George Tucker, another faculty member, on July 21, 1827. They had one daughter. Of their two sons, one died young and the other, Thomas Addis Emmet, became a distinguished New York physician and antiquarian. Having purchased 106 acres of land adjacent to the university grounds in 1831, Emmet built Morea (1834–1835), a house of his own design, and planted a wide variety of botanical specimens as well as mulberries in order to experiment with silkworm cultivation and silk production. He exploited local natural resources to engage in viticulture, horticulture, pottery, and porcelain making, and he also developed cements and weatherproof roofing materials and paints. Although Emmet’s interests and experiments were many, his attention was often quickly diverted from one subject to another so that he seldom followed his inquiries to their termination. One of his investigations resulted in an unpublished essay questioning Isaac Newton’s theory of refraction. He contributed several articles to Benjamin Silliman’s American Journal of Science and Arts. 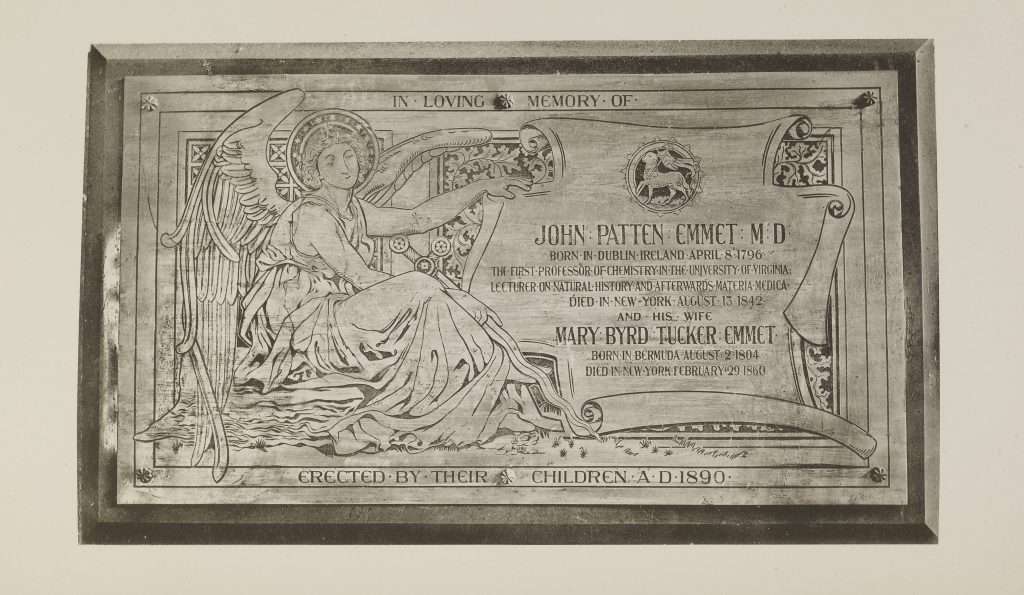 Suffering again from poor health by January 1842, Emmet took a leave of absence. While visiting Saint Augustine, Florida, he became so pleased with the climate, environment, and agricultural possibilities that by late in April he was planning to move there. But the experience of a stormy return voyage north proved too much for Emmet, whose frail health failed. He died on August 13, 1842, at the country home of one of his brothers near New York City and was buried in the New York City Marble Cemetery. A major thoroughfare adjacent to the University of Virginia and a twentieth-century residence hall bear his name.