Echols was born on September 2, 1849, in Union, Monroe County, and was the son of John Echols, an attorney, and his first wife, Mary Jane Caperton Echols. His father and his maternal uncle, Allen Taylor Caperton, both served in the Convention of 1861. After the American Civil War (1861–1865), the Echols family moved to Staunton. Echols attended Washington College (later Washington and Lee University) from 1866 to 1869 and the University of Virginia, where he studied constitutional and international law, from 1871 to 1872. He practiced law in Staunton and on June 5, 1895, married Margaret Joynes Young, a Petersburg native then living in Louisville, Kentucky. They had one son and one daughter. 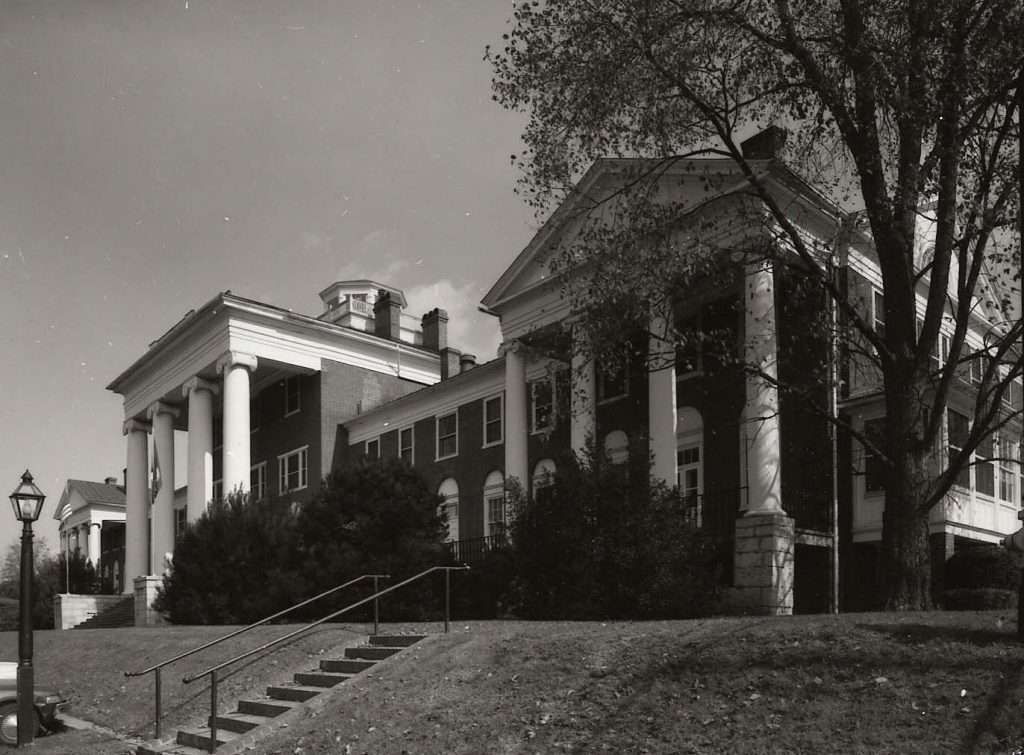 Echols began a long career of public service with his election in 1880 to the first of three consecutive two-year terms as commonwealth’s attorney for Staunton. He twice sat on the Democratic State Central Committee, from 1883 to 1896 and then from 1900 to 1914. In 1883 Echols won election to a two-year term representing Staunton and Augusta County in the House of Delegates. Reelected twice, he chaired the Committee for Asylums and Prisons, important to his constituents because of Staunton’s Western Lunatic Asylum (later Western State Hospital). He served as well on the Committees on Counties, Cities, and Towns, for Courts of Justice, for Labor and Poor, and for Public Property. Echols developed a reputation as an eloquent and persuasive debater, despite a reserved and serious personality.

Echols’s success in the House led to his election in 1889 to a four-year term in the Senate of Virginia representing Augusta County. Reelected from Augusta and Staunton in 1893, he chaired the Committee to Examine the Bonds of Public Officers during both terms and the Committee on Roads and Internal Navigation during the 1895–1896 session. He also sat on the Committees on General Laws and on Public Institutions and Education. 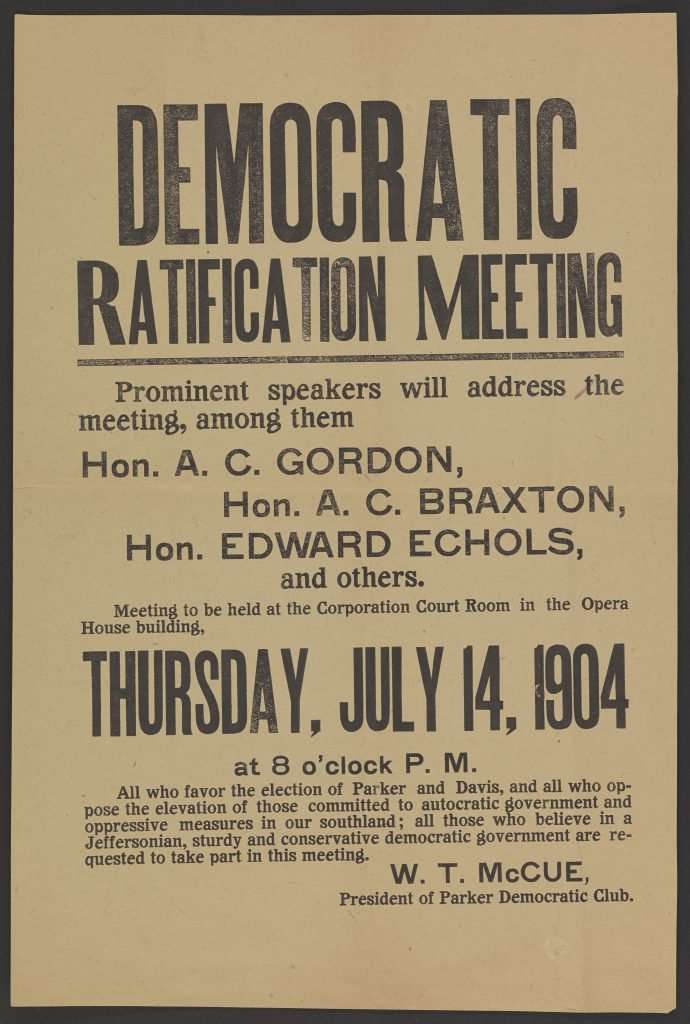 Echols generally supported the Democratic organization led by U.S. Senator Thomas Staples Martin. At the state convention in August 1897 Echols secured the Democratic Party’s nomination as lieutenant governor after an attempt by some Southside Democrats to produce a fusion ticket with the People’s Party of Virginia (also known as the Populists) failed. In the statewide election on November 2, he garnered 65 percent of the vote to defeat five other candidates for the office. During his term presiding over the state senate, the General Assembly approved holding a referendum on calling a convention to revise the state constitution and then in special session determined the makeup of the convention. At the close of his term, Echols considered running for governor but withdrew from the four-candidate field at the end of June 1901, well before the Democratic State Convention met in August.

In 1906 Echols began the first of three consecutive four-year terms in the Senate of Virginia, representing Staunton and the counties of Augusta and Highland. He sat on the Committees on Finance (which he chaired in 1912 and 1914), on Nominations (which he chaired in 1910), on Public Institutions and Education, on Roads and Internal Navigation, to Examine Bonds of Public Officers, and to Examine the Treasurer’s Office. Echols also chaired a joint committee on tax revision in 1914. At the beginning of the 1908 session he won unanimous election as president pro tempore of the Senate and was reelected for each subsequent assembly session until his death. In 1910 and 1912 Echols voted against holding a statewide referendum on the prohibition of the manufacture and sale of alcoholic beverages, but in 1914 he served on a four-member conference committee that reconciled the House and Senate versions of enabling legislation authorizing such a referendum. He voted in favor of the resulting compromise report, which the Senate passed after the lieutenant governor cast a tie-breaking vote. The September referendum brought statewide Prohibition to Virginia in 1916. 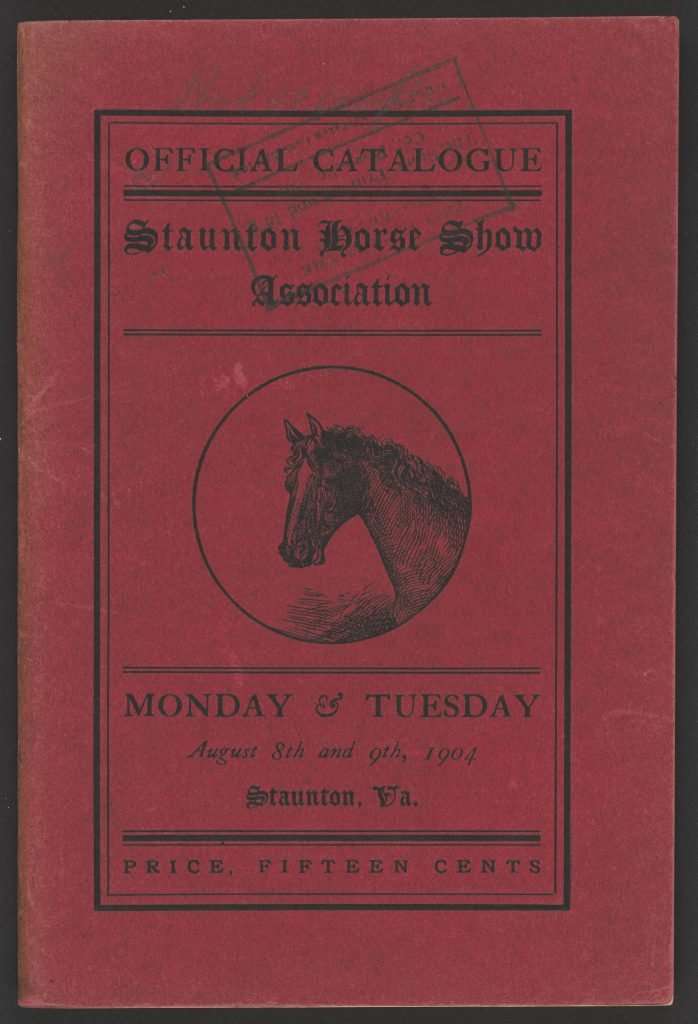 Echols served as third vice president of the Basic City Mining, Manufacturing and Land Company when it was incorporated in 1890 and as president of the National Valley Bank at Staunton from 1905 until 1914. He sat on the boards of visitors of the Virginia School for the Deaf and the Blind, in Staunton, and the Virginia Military Institute (1908–1914). An avid hunter, he was also president of the Staunton Horse Show Association in 1904.

Echols died on December 19, 1914, at his Staunton home from Bright’s disease, a kidney ailment. He was buried in the city’s Thornrose Cemetery.