Dungee was born into slavery on December 25, 1831, probably on the Cumberland County plantation of William M. Thornton. His parents were Shed Dungee and Harriet Dungee. He may have been given the name Shederick or Shadrach while enslaved, and his surname appears in some records as Dungy. He may have been related to Jesse Dungey, a free boot- and shoemaker who lived in King William County and served in the House of Delegates from 1871 to 1873.

Family tradition recalled that Dungee had married a woman named Elizabeth during the 1850s and that she and two of their four daughters were later sold to Mississippi, but state records indicate that a Shederick Dungee, described as a shoemaker, and Lizzy Dungee had a son born in Cumberland County in April 1865. During slavery or after gaining his freedom at the end of the American Civil War (1861–1865), Dungee trained as a cobbler and practiced his trade in Cumberland. On January 7, 1869, he married Mary Agnes Coleman, sister of Reuben Turner Coleman, a prominent entrepreneur. They had one daughter and three sons, one of whom died in childhood. During the 1890s they also raised a boy and a girl who may have been relatives. 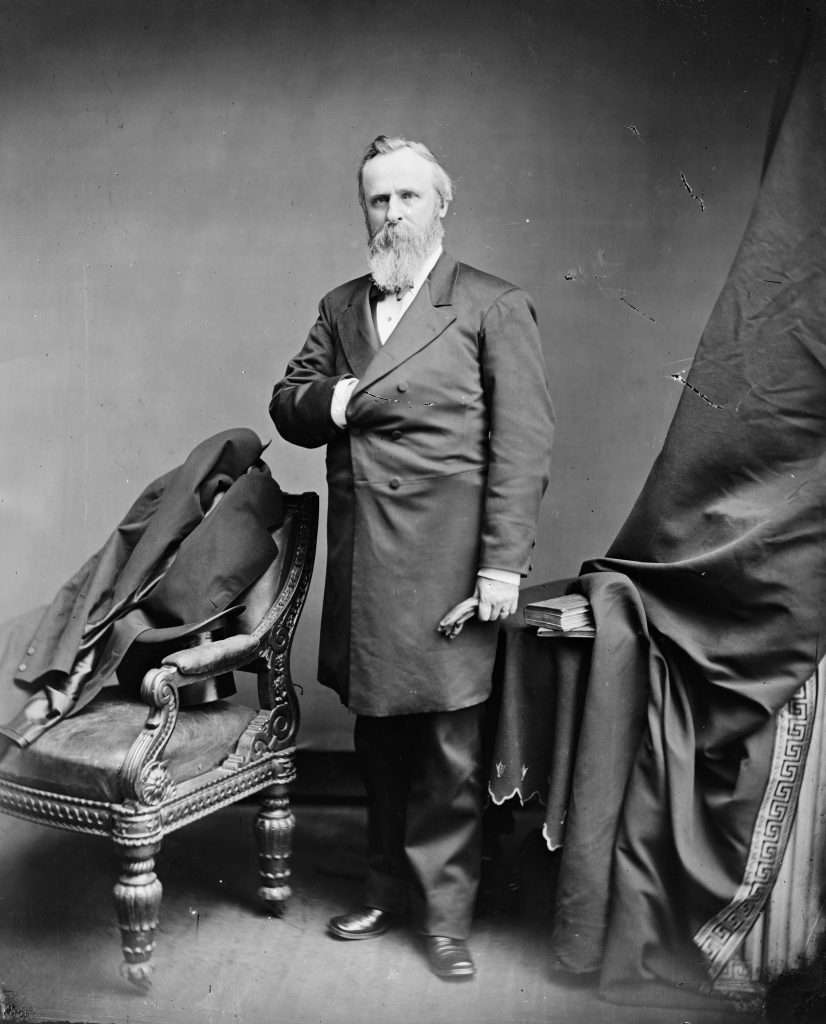 Dungee may have learned to read and write during slavery, but more likely he attended a school for freedmen. He was later licensed as a preacher and he helped establish the Slate River Colored Baptist Association in 1877. During the 1870s he also served as a trustee of the Baptist Aid Society in Buckingham County. Dungee’s earliest known involvement in politics came in November 1879 when he won election to represent Buckingham and Cumberland counties in the House of Delegates. Characterized in Richmond newspapers as a Debt Payer, a Readjuster, and a Republican, he received 1,424 votes, while his Conservative and Readjuster opponents garnered 784 and 683 votes, respectively. After his victory, Dungee met with President Rutherford B. Hayes and explained the needs of African Americans in his district. Hayes unsuccessfully tried to persuade him to support the Funders, those who advocated full repayment of the state’s pre-war debt, in the upcoming assembly.

In December, thirty-two years after reportedly accompanying his owner to Richmond for a term in the General Assembly, Dungee took his own seat in the assembly. He served on the Committees on Public Property and on Officers and Offices at the Capitol. During his first term Dungee introduced several bills, including one that called for an end to the restriction on interracial marriage. He argued that outlawing such intermarriage was unconstitutional, but in March 1880 the House voted overwhelmingly to dismiss his resolution. That month Dungee voted with the majority to readjust payment of Virginia’s massive public debt, which had crippled funding for state services, including education, but the governor vetoed the bill. After returning home, Dungee wrote William Mahone, a former Confederate general and leader of the Readjusters, that his black and white constituents supported his efforts in the assembly.

Dungee attended a convention of African Americans that met in Petersburg in March 1881 to pledge support for the Readjusters. Unanimously chosen to run for reelection at his district’s convention on October 7, 1881, Dungee campaigned as a Readjuster and distanced himself from his earlier support for interracial marriage. He defeated the Democratic candidate with 1,874 votes out of 3,295 cast. He sat on the Committees on Public Property, on Retrenchment and Economy, and on Roads and Internal Navigation. Again he voted for a bill to reduce the principal of the public debt by 40 percent and to refinance the remainder at 3 percent interest, a measure the Readjuster governor approved.

In February 1882 Dungee voted to establish the Virginia Normal and Collegiate Institute (later Virginia State University), near Petersburg. During the extra session that met in March 1882, he joined the majority in voting to abolish the whipping post as a form of punishment. Dungee did not seek reelection in 1883, although he continued to correspond with Mahone and to campaign for local Readjuster and Republican candidates during the rest of that decade. In 1896 Dungee served as one of the county’s alternate delegates to the Republican State Convention.

In 1893 Dungee and one of his sons received a license to sell alcohol and keep a bar at Cumberland Court House. Two years later Reuben Turner Coleman sold to Mary Coleman Dungee the thirty-acre farm where Shed Dungee and his family raised corn, oats, and tobacco.

Shed Dungee died on March 30, 1900. He was buried in the cemetery at Mount Olive Baptist Church, in Cumberland County, where a gravestone erected after his wife’s death in 1918 was inscribed with his dates of birth and death.