Denny was born on June 10, 1899, in Nashville, Tennessee. He was the son of Lucy Chase Chapman Denny and Collins Denny (1854–1943), who in 1910 moved the family to Richmond. Denny entered Princeton University, where he served in the Reserve Officer Training Corps, and in July 1918 joined the U.S. Army. He was commissioned a second lieutenant but did not serve in Europe during the final months of World War I (1914–1918). Denny returned to Princeton and graduated in 1921. After receiving a law degree from the University of Virginia in 1924, he established a Richmond law practice that became Denny, Valentine, and Davenport. Denny married Rebecca Smith Miller on September 10, 1932, at Brandy Station, in Culpeper County. They had two sons. 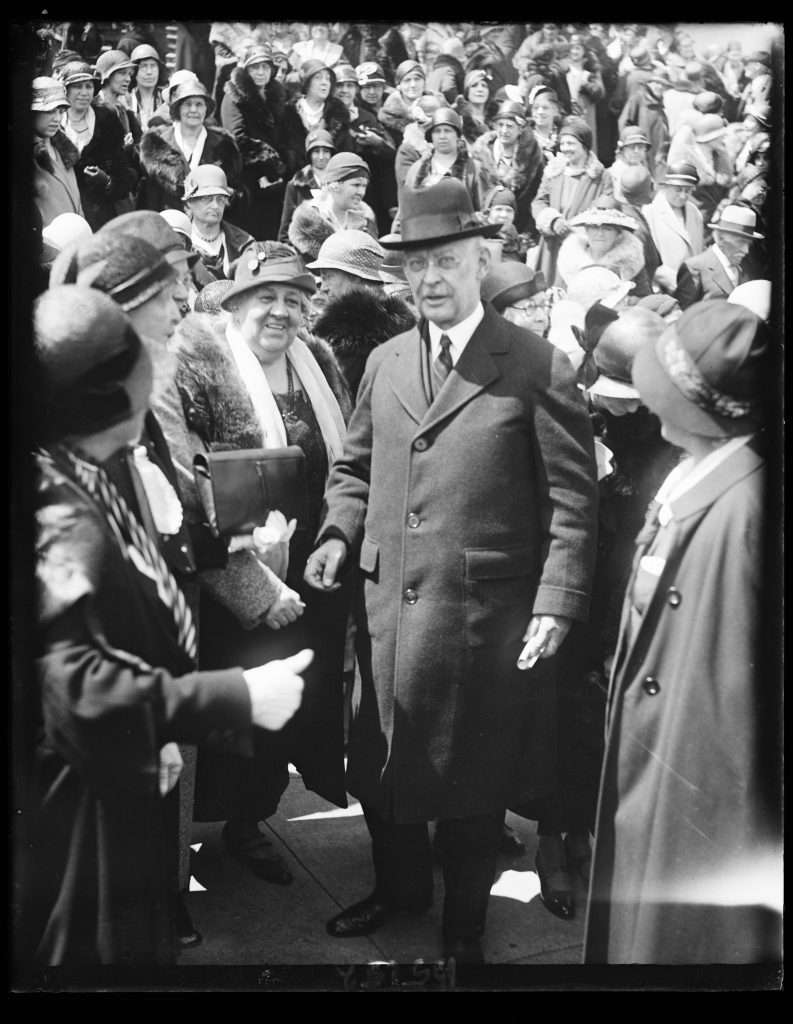 With his father, an influential bishop of the Methodist Episcopal Church South, Collins Denny Jr. opposed the reunification of the northern and southern branches of the Methodist Church, in large part because he feared that it would endanger the racial segregation practiced in the South. He supplied evidence in the 1930 church trial of Bishop James Cannon, an advocate of reunification, and with his father wrote An Appeal to Men of Reason and Religion Concerning Methodist Unification (1937), a pamphlet warning of the consequences of reunion. Denny was also an attorney for a group of South Carolina Methodists who unsuccessfully argued in federal courts for the right to retain the name Methodist Episcopal Church South after the denomination unified in 1939. 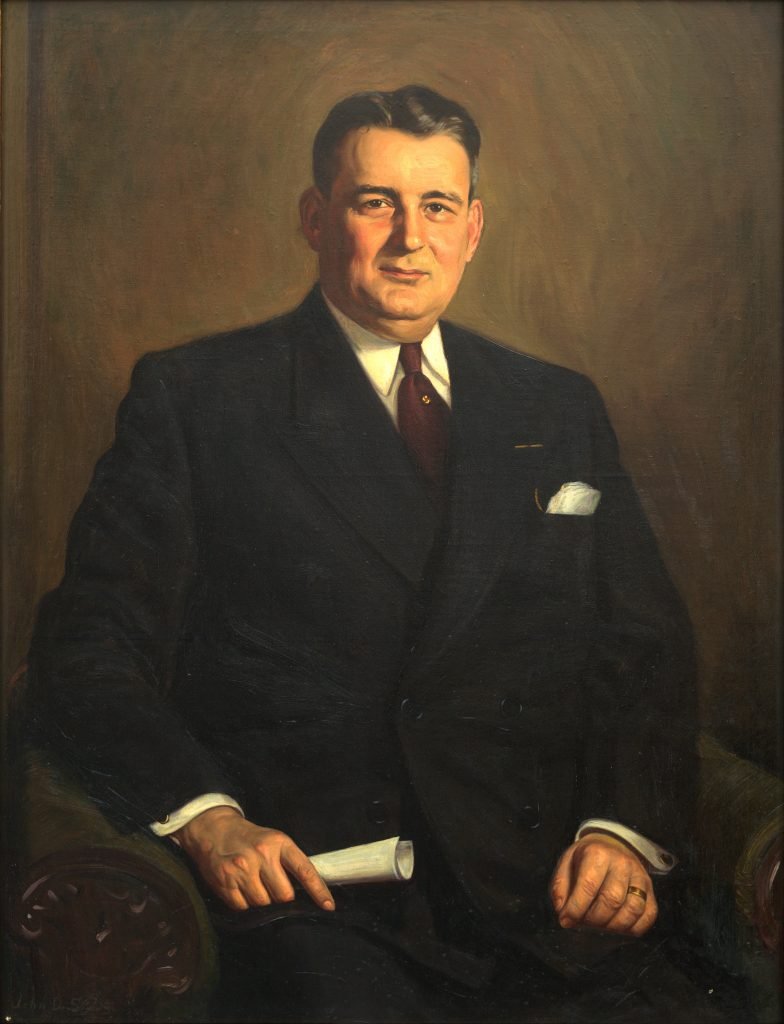 In Virginia, Denny aligned himself with the dominant faction of the Democratic Party headed by Harry F. Byrd Sr. and was an assistant attorney general of Virginia from 1930 to 1934. He was appointed to the state textbook commission in 1948 to inquire into the materials and methods used to teach Virginia history and government in the public schools. That same year Denny, in collaboration with Governor William M. Tuck, drafted a resolution adopted by the Democratic Party of Virginia that was critical of the civil rights policies of President Harry S. Truman. After delegates from several southern states left the Democratic National Convention to protest its civil rights platform, Denny attended as an observer the formation of the States Rights Democratic Party (popularly known as the Dixiecrats) in Birmingham, Alabama. He publicly supported the party’s presidential candidate, South Carolina governor J. Strom Thurmond, and made several speeches for Thurmond in Virginia. Denny never again voted for a Democratic presidential candidate.

Vote For the Convention

In 1949 as counsel for the Atlantic Coast Line Railroad, Denny unsuccessfully defended the railroad’s practice of segregation in interstate transportation. He interpreted the Supreme Court’s 1954 ruling in Brown v. Board of Education, that mandatory racial segregation of public schools was unconstitutional, as the ultimate attack on southern society. At a well-attended public meeting in South Boston, he denounced the court’s opinion as “a dastardly decision, seeking to beat down our way of life and to regiment us.” That year Denny assisted in founding the Defenders of State Sovereignty and Individual Liberties, dedicated to preserving racial segregation. He was its legal counsel, drafted some of its public statements, and helped develop its plan to use every legal and political means to block school desegregation. Central to Denny’s strategy was the substitution of segregated private schools subsidized with state funds for any public school facing federal desegregation orders. In September 1956 he met with Governor Thomas B. Stanley and his chief advisers to formulate the legal details of the state’s policy of Massive Resistance to court-ordered desegregation. In testimony before the General Assembly that same month Denny supported the governor’s plan to close and withhold state funds from any public school ordered to admit African American students.

Two years later Governor J. Lindsay Almond Jr. closed public schools in three localities but then reversed himself and backed down. Denny was disgusted. Prince Edward County, where the Virginia suit that was incorporated into Brown v. Board of Education had arisen, closed its public schools in June 1959 rather than desegregate them. The county school board hired Denny to represent it when black parents represented by the NAACP challenged the county’s failure to appropriate funds for public education. During the next four years, he defended the school board as the case made its way through state and federal appellate courts. An able constitutional lawyer and astute reader of the Supreme Court’s opinions, Denny predicted in 1962 that the court would soon require even the county’s private academies to admit students regardless of color. 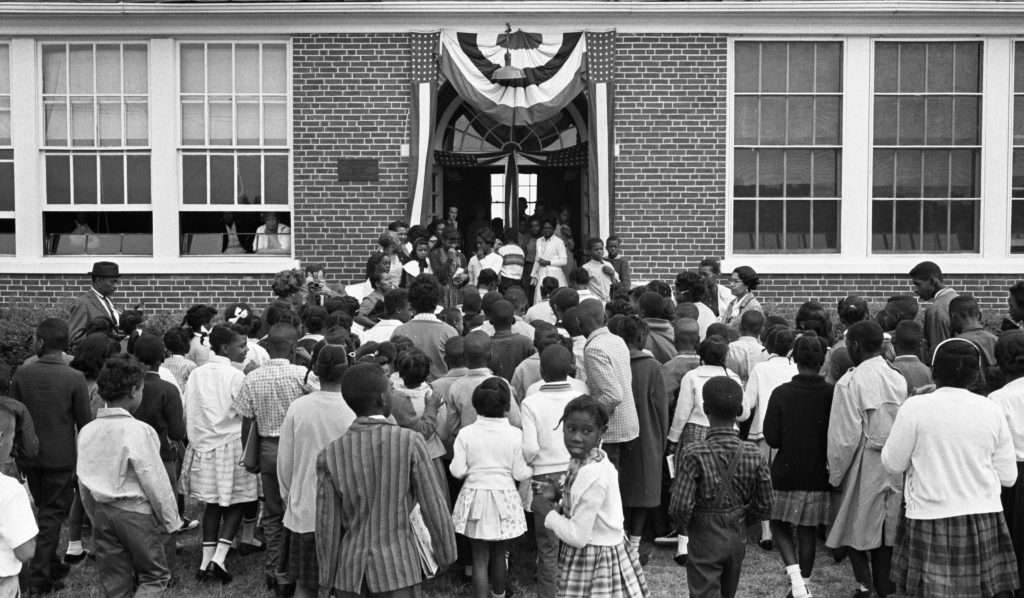 Denny also represented school boards in Powhatan and Surry counties, where segregation was challenged, but there was a paternalistic element present in his racial views. On his deathbed he desired that memorial contributions be given to the white Virginia Education Fund and also to the Prince Edward Free School Association, which provided education for some of the county’s black students. After suffering several years of poor health, Denny died at his Powhatan County home on January 14, 1964, and was buried in Richmond’s Hollywood Cemetery, before the Supreme Court heard arguments in the Prince Edward case. As he had predicted, in May of that year the court ruled against the county and ordered the public schools reopened.

Sources consulted by the Dictionary of Virginia Biography:

RELATED CONTENT
Categories:
Type:
MAP
TIMELINE
June 10, 1899
Collins Denny Jr. is born in Nashville, Tennessee, the son of Lucy Chase Chapman Denny and Collins Denny.
1910
Collins Denny Sr. moves his family from Nashville, Tennessee, to Richmond.
July 1918
After attending Princeton University and serving in the Reserve Officer Training Corps, Collins Denny Jr. joins the U.S. Army.
1921
Collins Denny Jr. graduates from Princeton University.
1924
Collins Denny Jr. receives a law degree from the University of Virginia.
1930
Collins Denny Jr. supplies evidence in the church trial of the Methodist bishop James Cannon, an advocate of the reunification of the northern and southern branches of the church. Denny opposes reunification.
1930—1934
Collins Denny Jr. serves as an assistant attorney general of Virginia.
September 10, 1932
Collins Denny Jr. and Rebecca Smith Miller marry at Brandy Station, in Culpeper County. They will have two sons.
1937
Collins Denny Sr. and Collins Denny Jr. publish An Appeal to Men of Reason and Religion Concerning Methodist Unification, a pamphlet opposing the reunification of the northern and southern branches of the church.
1948
Governor William M. Tuck and Collins Denny Jr. collaborate on a draft resolution adopted by the Democratic Party of Virginia criticizing the civil rights policies of President Harry S. Truman.
1948
Collins Denny Jr. is appointed to the state textbook commission to inquire into the materials and methods used to teach Virginia history and government in the public schools.
1949
As counsel for the Atlantic Coast Line Railroad, Collins Denny Jr. unsuccessfully defends the railroad's practice of segregation in interstate transportation.
1954
In a public meeting in South Boston, Collins Denny Jr. describes the U.S. Supreme Court decision in Brown v. Board of Education, requiring the desegregation of public schools, as "dastardly."
October 1954
The Defenders of State Sovereignty and Individual Liberties, a grassroots political organization dedicated to preserving strict racial segregation in Virginia's public schools, is created in Petersburg. Robert B. Crawford, of Farmville, is the first president.
September 1956
Collins Denny Jr. meets with Governor Thomas B. Stanley and his chief advisers to formulate the legal details of the state's policy of Massive Resistance to court-ordered desegregation.
September 19, 1958
Governor J. Lindsay Almond Jr. closes Lane High School and Venable Elementary School in Charlottesville to prevent desegregation.
September 27, 1958
Governor J. Lindsay Almond Jr. orders white secondary schools in Norfolk to close to prevent desegregation.
June 26, 1959
After eight years of court cases and delays related to school desegregation, the Prince Edward County Board of Supervisors votes not to fund public schools in the 1959—1960 school year.
January 14, 1964
Collins Denny Jr. dies at his Powhatan County home. He is buried in Richmond's Hollywood Cemetery.
May 25, 1964
After Prince Edward County's public schools have been closed for the previous five years, the U.S. Supreme Court in Griffin v. School Board of Prince Edward County rules that the county has violated the students' right to an education and orders the Prince Edward County schools to reopen.
FURTHER READING
CITE THIS ENTRY