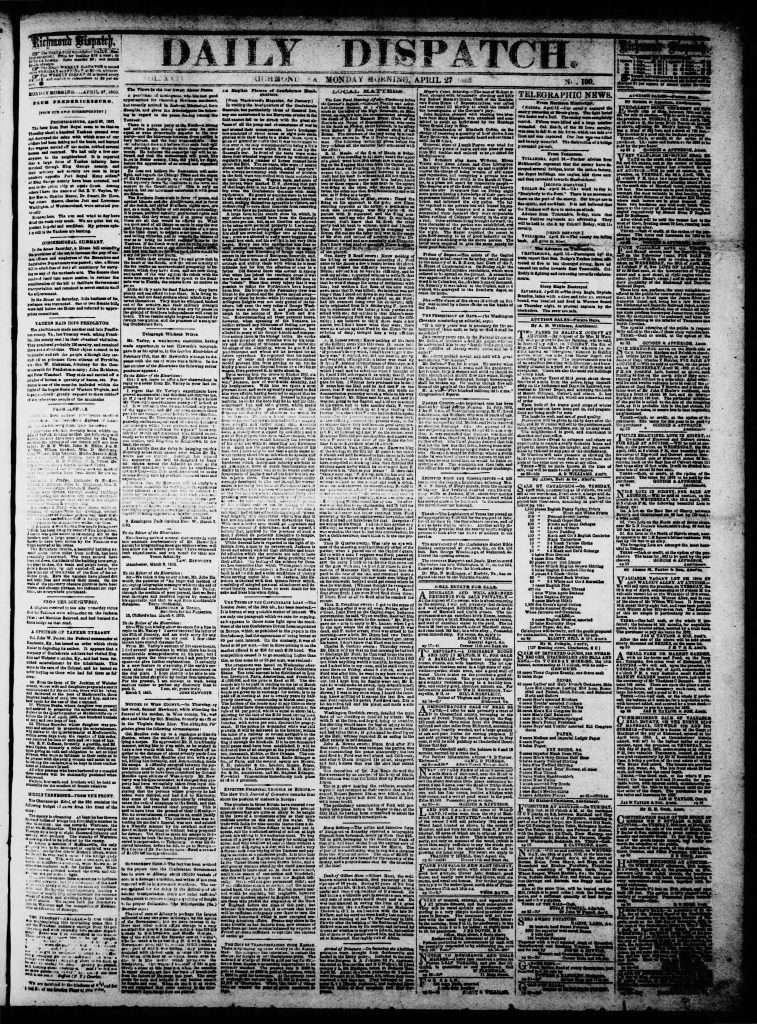 Death of Gilbert Hunt—Gilbert Hunt, the well-known colored blacksmith, died yesterday at the ripe age of 88 years. During 60 years of his long and eventful life, Gilbert, though an humble, was a useful and respected resident of Richmond. He had borne a creditable part in several scenes where only men of iron nerve could stand and act. He was instrumental in saving the lives of a great many during the conflagration of the Richmond Theatre in 1811 in conjunction with the late Dr. McCaw; and his services were hardly less conspicuous at the burning of the Va. Penitentiary in 1832. Shortly after the burning of the Richmond Theatre, Gilbert was set free by his master, and imbued by urgent solicitation to migrate to Liberia, but neither the climate or the people suited him and he returned to Richmond, thorough sick of Africa.