Dean was born into slavery in Loudoun County on April 15, 1848, and was the daughter of Charles Dean and Annie Stewart Dean. Having secured her freedom as a consequence of the American Civil War (1861–1865), she attended schools in Fairfax County and in Washington, D.C. Dean worked as a domestic servant to help her family purchase a farm in Prince William County after her father’s death and to pay for one of her sisters’ schooling. She attended Sunday school at the First Congregational Church in Washington and later joined the Nineteenth Street Baptist Church there. She never married.

Dean began a lifetime of missionary work and dedication to racial uplift when she founded a Sunday school in Prince William County about 1878. She established additional Sunday schools in the area, several of which became congregations, including Calvary Chapel (later Greater Mount Calvary Christian Church). Dean raised money locally and in northern cities for construction of church buildings. She offered classes in cooking and sewing and as an outgrowth of her ongoing missionary work began to plan for a school that would teach skilled trades to young African Americans. With the assistance of her sister, a public school teacher, and a white teacher from the county, in 1888 Dean began to organize local support for her idea among black and white residents, including ministers. Dean and her group chose the site for the school, a farm located a mile from Manassas on the Southern Railway. 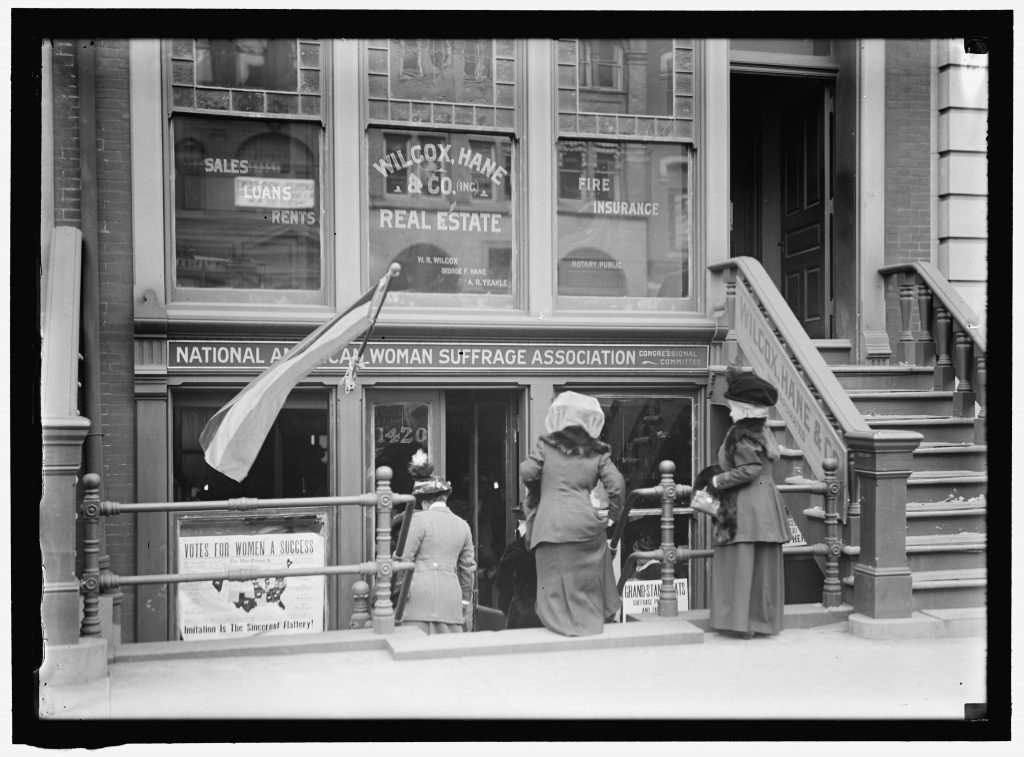 Three years later Dean traveled north to raise funds. She worked in domestic service in Boston and spoke at churches and other venues about her plans for the school. Dignified, sincere, direct, and tenacious, she successfully generated contributions from local residents and northern philanthropists. Early in 1893 Orra Gray Langhorne, of Lynchburg, arranged for Dean to make a presentation about the school at the annual meeting of the National American Woman Suffrage Association, held in Washington, D.C. There Dean met Emily Howland, a New Yorker whose donation paid the balance on the farm and provided funds for buildings.

Dean’s years of praying and planning came to fruition when the Manassas Industrial School for Colored Youth received its charter in October 1893. A dedication ceremony for the school’s first building, Howland Hall, took place on September 3, 1894, and featured Frederick Douglass as the keynote speaker. The school welcomed its first students in October. Reflecting Dean’s vision, the school aimed to provide education and training that would lead to employment. In addition to liberal arts courses, the school offered training in such occupations as dressmaking, child care, blacksmithing, cooking, carpentry, shoemaking, and farming. The school suffered two significant fires in 1895 and in 1900 that destroyed its first buildings. 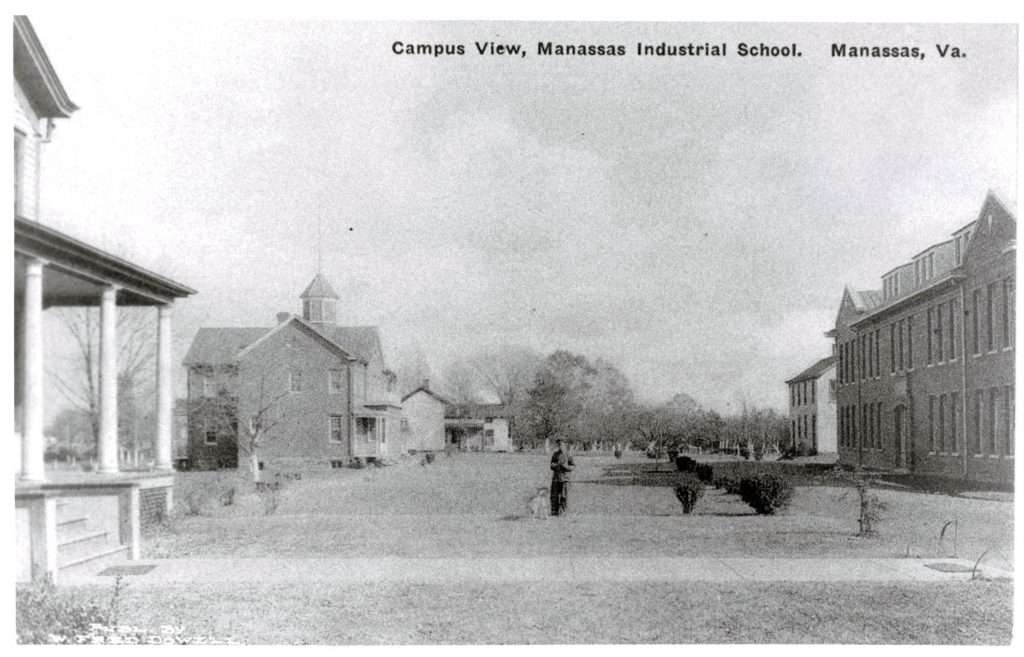 For many years Dean served on the school’s board of directors and executive committee, with the title of financial agent. Tireless in this role, she traveled to Boston, New York, Washington, D.C., and the school’s neighboring towns to promote her institution, raise funds, and serve as an advocate for industrial schools in general. Dean preferred being at the school itself, where she served for a time as matron and wrote a code of good conduct. As a delegate to the 1896 annual convention of the National Federation of Afro-American Women (later the National Federation of Colored Women’s Clubs), she spoke about her work at Manassas and urged the organization to get involved in establishing similar industrial schools.

After 1907 Dean’s influence within the school’s governing board waned and her health deteriorated. Nevertheless, the significance of her career was underscored when she accompanied a group of the Manassas Industrial School’s students and other faculty members to meet Theodore Roosevelt at the White House on February 14, 1906. The meeting was arranged by Booker T. Washington, to whom Roosevelt favorably compared Dean. Sharing Washington’s belief in vocational education and hard work, she encouraged African American men and women to focus on becoming proficient in a trade, earning a living, becoming landowners, and paying taxes before they objected to insufficient opportunities or became involved with politics. 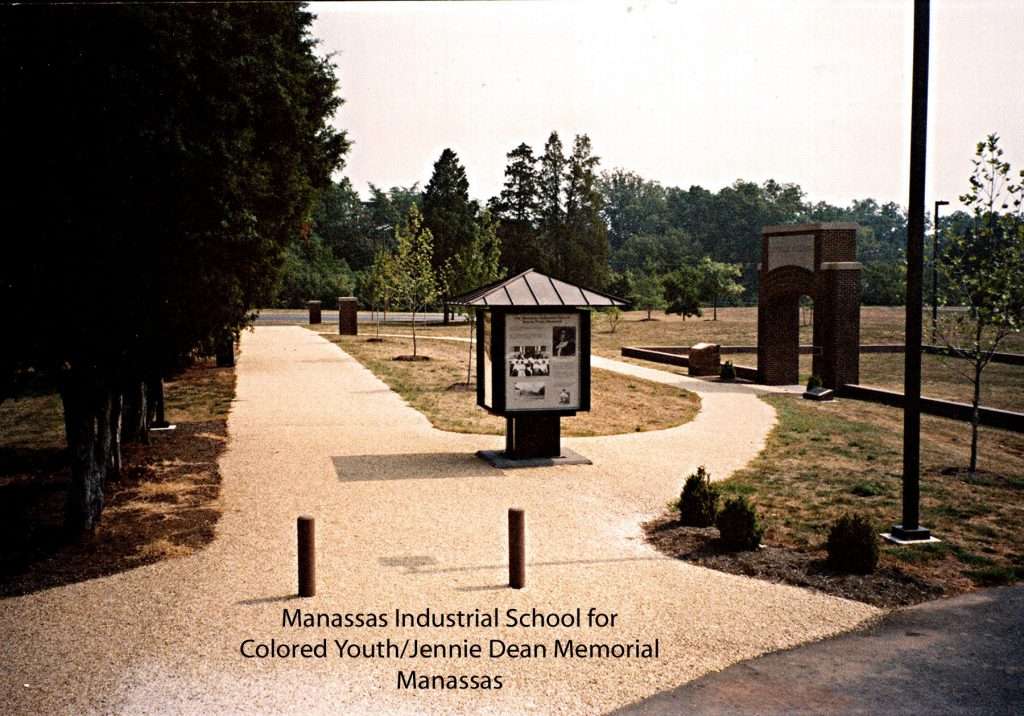 After several years of ill health and two strokes, Dean died of a cerebral hemorrhage at her home near Haymarket on May 3, 1913. She was buried in the Mount Calvary Baptist Church Cemetery. After her death, school officials continued to invoke her name and her role as founder of the school, which became a regional high school for black students in 1938 but closed its doors in 1959, to be replaced by Jennie Dean High School the following year. Long a source of pride among African Americans in Northern Virginia, Dean has had a playground, a community center, and an elementary school named in her honor. The Manassas Industrial School and Jennie Dean Memorial, part of the Manassas Museum System, was dedicated in 1995 at the former school’s site, which had been added to the National Register of Historic Places the previous year.