Raleigh Travers Daniel was born on October 15, 1805, in Falmouth, Stafford County, and was the son of John M. Daniel, an army surgeon, and the second of his three wives, Margaret Stone Daniel. His sister married William Crane, a prominent Baptist lay leader in Richmond and Baltimore. After the death of his father in 1813, Daniel lived with and was educated in the Richmond home of his uncle and guardian, Peter V. Daniel (1784–1860), a member of the Council of State and later an associate justice of the Supreme Court of the United States. R. T. Daniel studied law with his uncle and on November 21, 1826, received his law license. He married Elizabeth Susan Tabb Riddle, a Gloucester County widow, on November 7, 1831. They had at least four daughters and three sons. She died on June 13, 1874.

Daniel served for a time in the 1830s and 1840s as commonwealth’s attorney for Henrico County. Although he earned a reputation as an able attorney, politics consumed much of his time. A Whig well-known locally, he won election to the House of Delegates from the city of Richmond in 1841 and was reelected each of the succeeding three years. Daniel served on the Committees on Banks and for Courts of Justice all four years and chaired the Committee on Banks during the 1844–1845 session. He sat on the Committee on Roads and Internal Navigation during his first term and on the committee on the library during his second. Daniel was a candidate for presidential elector when Henry Clay ran in 1844. On January 30 of the following year, the slim Whig majority in the General Assembly elected Daniel to the Council of State by a two-vote margin to replace John Rutherfoord, a veteran Democratic member.

Daniel took his seat on the governor’s advisory Council for a three-year term on April 1, 1845, and narrowly won reelection three years later, when a few Democrats voted for him. Service on the Council was not arduous, and the three members often rotated duty so that only one member attended. On several occasions when the governor was absent from Richmond, Daniel presided as lieutenant governor, as his uncle and guardian had done many times during the 1820s and 1830s. On December 10, 1850, with partisan feelings running high in the assembly, the Democratic majority replaced Daniel with his nephew, John M. Daniel (1825–1865), then editor of the Richmond Examiner. Even though Daniel’s term did not expire until the end of March 1851, he attended the Council for the last time on December 26, 1850.

In August 1850 Daniel campaigned in a fourteen-candidate field for one of six seats representing Richmond and the counties of Charles City, Henrico, and New Kent in a convention called to revise the state constitution. An opponent of all the proposed democratic reforms, he lost badly. In the presidential election of 1860 he supported John Bell, a former Whig and candidate of the Constitutional Union Party. Although Daniel initially opposed secession, he warmly embraced the Confederate cause after the spring of 1861 and in November of that year was a presidential elector for Jefferson Davis. Lacking a record of distinction in the militia and being too old for military service, Daniel did not fight in the Civil War but served instead as commonwealth’s attorney of Richmond.

Daniel gained statewide prominence in the altered political environment after the war. In April 1867 he made a patronizing address before a Richmond meeting of African Americans who were soon to vote for the first time in which he suggested that they follow the advice of the state’s established political leaders. That tactic failed to dissuade freedmen from supporting radical reformers for seats in the Convention of 1867–1868. To promote white supremacy and mobilize opposition to Republicans and radicals, Daniel took part in December 1867 in founding the Conservative Party, of which he was state chair until 1873. He severely criticized the convention’s draft constitution, which provided for universal manhood suffrage while disfranchising many Confederate veterans. During the stalemate that followed the convention’s proposal, Daniel initially opposed but later joined conservatives’ successful campaign to convince President Ulysses S. Grant to allow separate referenda on the constitution and on the sections pertaining to Confederate disfranchisement. As expected, the voters ratified the constitution and defeated the disqualification clauses. 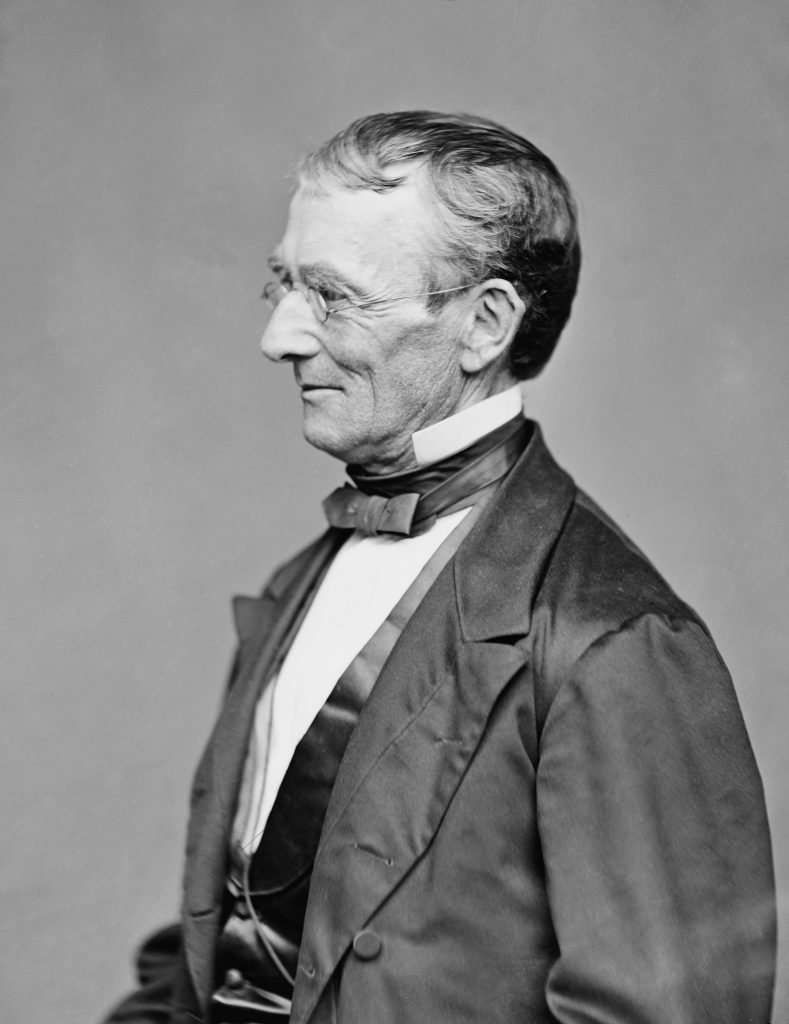 In 1870 Daniel was a candidate for congressman at-large from Virginia, a seat that members of the Convention of 1867–1868 created, perhaps on the erroneous assumption that the state was entitled to nine members in the House of Representatives rather than the eight from the existing districts. In July 1870 the House refused to seat Joseph E. Segar, who had been elected to the at-large seat in 1869. After Daniel was elected without serious opposition in November 1870, Virginia members of Congress submitted his credentials to the House of Representatives, but the Committee on Elections made no report on his eligibility, and he did not attempt to take his seat.

After winning election to the House of Delegates for a two-year term in 1871, Daniel became chair of the important Committee on Finance. In August 1873 the Conservative Party nominated him for attorney general of Virginia. A supporter of the controversial Funding Act of 1871 but running on a ticket that included an opponent of that measure, Daniel did not campaign in areas where the act was unpopular. He ran strongest in the regions of Virginia with the fewest African Americans and the weakest Republican Party organizations. On November 6, 1873, Daniel defeated the Republican candidate, David Fultz, by a margin of more than 27,000 votes of about 207,000 cast.

Daniel’s four-year term as attorney general began on January 1, 1874. He represented the state in federal court, defended the state’s interests in the state courts, and rendered opinions when requested to do so by Virginia public officials needing legal guidance in the conduct of their duties. He opposed allowing inmates in the state penitentiary time off for good behavior as permitted by prison rules unless the governor specifically ordered a reduction of the sentence as an act of clemency. Daniel resisted enforcement of federal laws prohibiting Virginians from obstructing African American attempts to vote because he argued the measures violated the state’s right to control elections. He did not, however, recommend enforcement of state or local laws against those obstructive tactics. Daniel also represented Virginia before an arbitration commission that settled a boundary dispute with Maryland. The arbitrators ruled against Virginia’s claim to the Potomac River and drew the line across the Chesapeake Bay farther south than Daniel believed was justified.

Daniel died of a bowel hemorrhage at his home in Richmond on August 16, 1877, a few days after securing nomination for a second term as attorney general. He was buried in Hollywood Cemetery.